The E79 team will commence drill testing at Beaufort upon completion of the current maiden drill program at its other 100%-owned Victorian Goldfields property — the Myrtleford Gold Project — where visible gold associated with quartz veining in two separate zones has been identified in multiple holes. 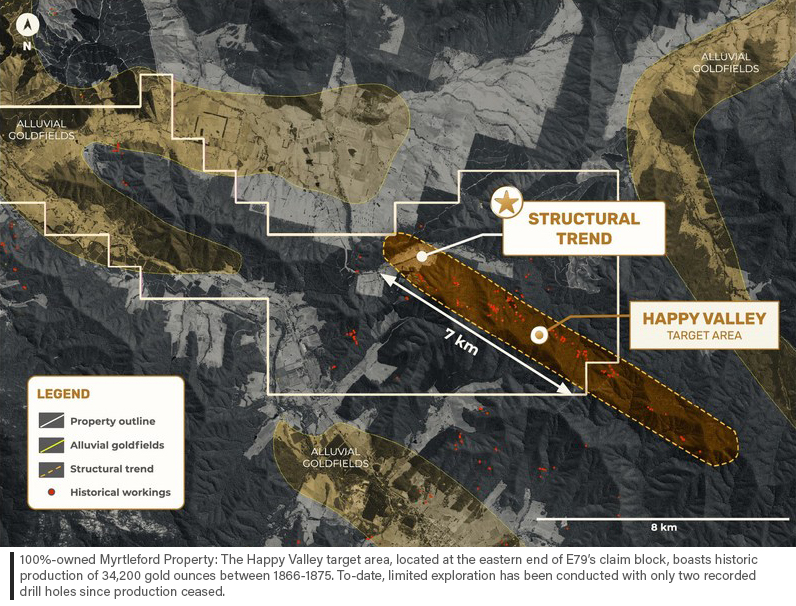 E79 CEO, Rory Quinn — whom you’ll be hearing more from in a moment — had this to say regarding the current drilling at Myrtleford:

"The intersection of strong primary gold mineralization associated with sulphides and quartz at depth; well below the standing water-table, adds to the Company's belief in not only the potential of the Happy Valley target, but also the large number of historic gold mines, 7km along strike at Happy Valley and elsewhere within the Company's licence area. These historic gold mines were only exploited to a shallow depth through the late 1800's and early 1900's. Many of these shallow, historic gold mines are on mineralized structures; some of which each extend for kilometres in strike, and these structures have never been tested at depth. As soon as assays have been received, we will update the market further."

Upon completion of that program, the drills will shift to Beaufort where the goal is to uncover a hard-rock source of a major alluvial goldfield, which boasts historic production of over 1 million gold ounces.

The newly-identified trends have not been extensively tested by historical workings or drilling, which means any significant drill hits in this area of the Beaufort property would be considered a new discovery.

"We are very encouraged that with a relatively short field program, our work has defined clear target areas on the Beaufort project. The systematic and methodical approach to the soil sampling program was geared at defining multi-element, geochemical footprints, which define many of the largest gold deposits in Victoria. We have now confirmed and sharpened high-quality targets within multiple trends. The Company will now commence with drill preparations on a number of these targets at Beaufort and aim to commence with drill testing on completion of drilling at the Myrtleford project, where we intercepted visible gold on the maiden exploration drill hole. The Company will be advancing its Beaufort drill program in the near future and we look forward to reporting on drilling from multiple targets, at both properties, in the weeks and months ahead." 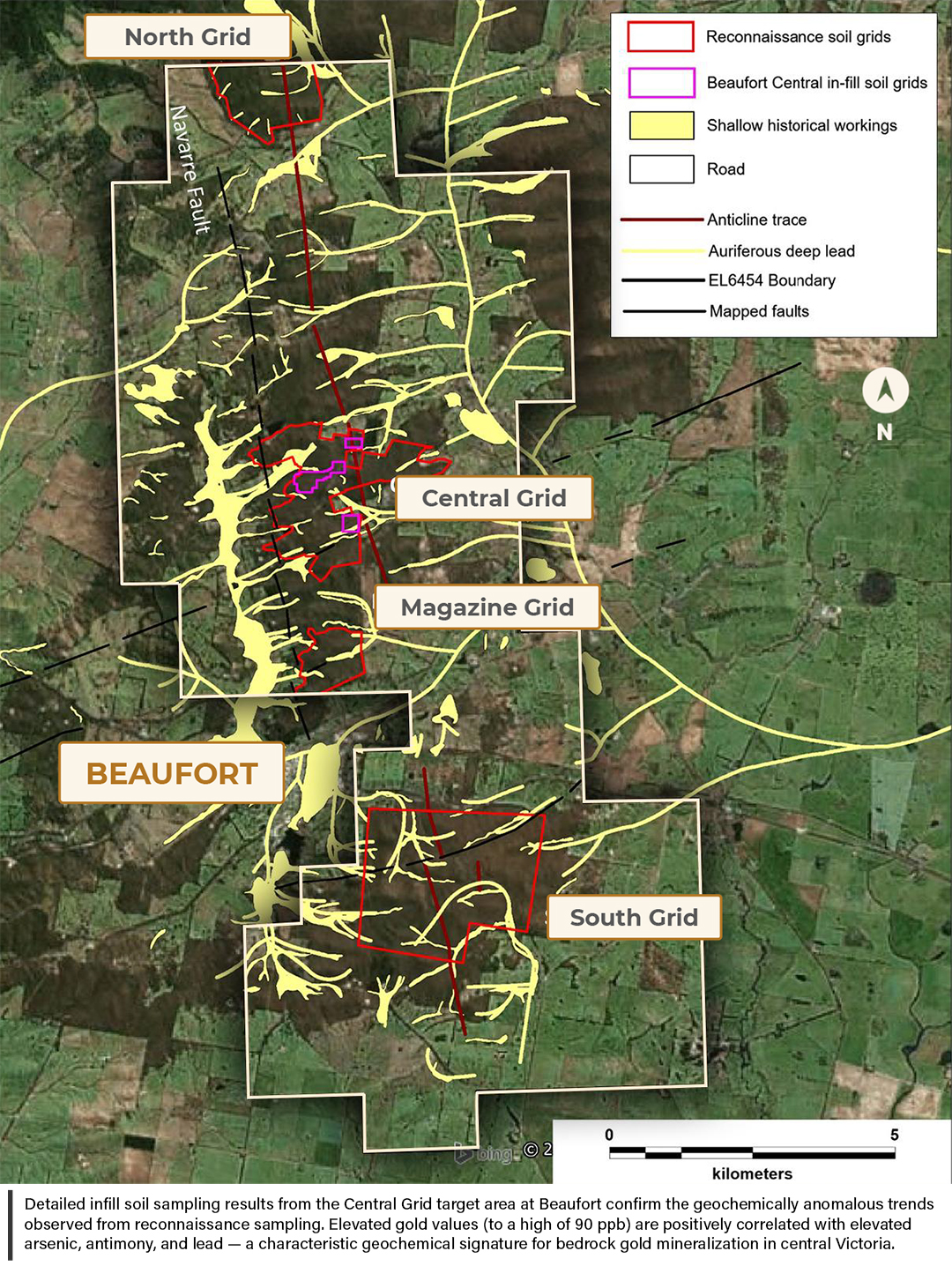 E79 also announced its new listing to the US OTCQB market — trading symbol ESVNF — which should greatly enhance the company’s visibility to US investors while also increasing liquidity in the company’s shares.

Those efforts will be further bolstered by the company’s engagement of Toronto-based Red Cloud Financial Services.

Our own Gerardo Del Real of Junior Resource Monthly caught up with E79 CEO, Rory Quinn, for a first-hand look at the current drilling at Myrtleford and next-steps for Beaufort. You can listen to the conversation here (transcript available).

Also, click here for our feature report on E79 Resources.