Gold Bull Resources (TSX-V: GBRC)(OTC: BLSSF) – currently trading at approximately C$0.50 per share – has announced a very substantial 60% resource expansion at its flagship Sandman Gold Project, Nevada, from 309,000 gold ounces to 494,000 gold ounces — all before a single turn-of-the-drill by the company.

Highlights from the newly-released resource estimate include:

Gold Bull is making final preparations to get the drills turning on a Phase-1, 8,000-meter program at Sandman with 42 drill-targets already identified.

Gold Bull CEO, Cherie Leeden – whom you’ll be hearing more from in just a moment – commented via press release: 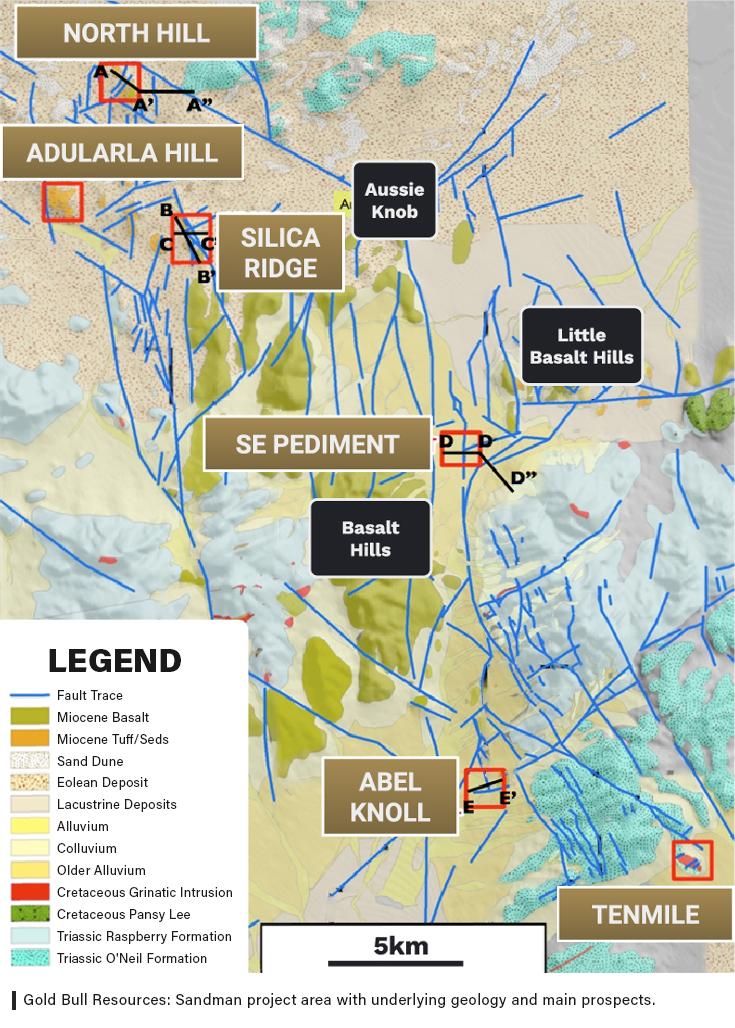 If you’ve been following our updates, you already know that Gold Bull is aiming for a very sizable resource inventory of 5 million gold ounces by year-end via a combination of strategic acquisition and exploration/drilling success.

As part of that process, and in addition to the flagship, the company has secured two high-potential US gold projects:

Above and beyond advancing Sandman, Big Balds, and Coyote, speculators can reasonably expect the company to acquire multiple accretive gold projects in safe mining jurisdictions this year as part of its stated resource expansion mandate — making Gold Bull one-to-watch in the junior gold space.

Our own Gerardo Del Real of Junior Resource Monthly sat down with Gold Bull CEO, Cherie Leeden, to discuss the updated resource estimate, the upcoming drill program, and the plan and process for attaining its goal of 5 million gold ounces by year-end. You can listen to the interview here.

You can also learn more about Gold Bull Resources here.