Publisher’s Note: Gerardo and I broke down recent action in gold, the dollar, bonds, copper as part of this week’s Bizarro World podcast. It came out earlier this week and has been spot on. Make sure you’re signed up to receive them when they’re first published over at Daily Profit Cycle.

Below is a snippet of the podcast, along with a link to the entire episode. Enjoy!

Gerardo: Gold is back near $1,800. We said a week or two ago that gold had better hurry the hell up and get back close to $1,800 or we might see a breakdown that was a whole lot more consequential than the little flash crash that we saw earlier this month. Gold has reacted beautifully since then. After the whole August 9th, August 10th dip to that $1,700 level, here we are right back near $1,800. This in the face of a strengthening dollar. The 10-year's still right at 1.30%.

It's clear to me that capital is sniffing out what you sniffed out, Nick. We talked about this a little bit the past two weeks as well, so I won't belabor the point, but you sniffed out the rotation that's happening and that there is a change afoot. And I think that the gold price holding up while the dollar is strengthening, while the major US indices continue to make record highs, and while crypto, the better ones anyhow, the Bitcoins and the Ethereums of the world, continue higher. All of that tells me that capital — big capital, big money — is looking for a happy home that at the very least isn't abusive to it. Right?

Nick:  I mean, turn, turn, turn. That's what the market's doing, and it’s got people a bit confused because things are looking for direction, including still gold, I think. That pullback to below $1,700, it was very, very fast, but it also was right to the screws where it pulled back to in March, the gold price I'm talking about.

So, I think it's wanting to gain energy to bounce higher off that level, off that high $1,600, $1,700 level. I think that if I wanted to bounce higher than $1,900, I would want to take one more bounce on that trampoline off those levels to really make sure I got over it. That's just a fat guy jumping on a trampoline. I don't know what the gold price is going to do.

Other things can’t make up their mind either. So, the big things, like you're talking about, where's capital going to go? I don't think capital knows, and that's why things are turning or rotating. You got the dollar going above resistance and then coming right back down to it. It can't make up its mind.

And similarly with the bond yields, and it's because of the whole thing we talked about, really, not only on this podcast but in the newsletters as well... is the persistent inflation and the growth that's now slowing. And we don't know how long the growth is going to slow and how slow it's truly going to be given the rapidly changing situation with the Delta variant.

That's where we are. It's very tough to be committal. I was thinking before we recorded what we were going to talk about, and I think not knowing is the smartest thing right now. I've got a bit of cash. I tightened up some buy-unders on gold names. But for me, I think it's still a little bit defensive, and you can see that as real estate's now the best performing sector for the entire year to date of the S&P, and that happened very quickly.

And the other thing that happened very quickly is that dollar strength has bonked — they say “bonked” here in Washington. I would say “bump” on the East Coast but in Washington state they “bonk” their heads. It's a weird dialectical thing. Anyway...

That rising dollar bonked copper and oil prices pretty smartly as well. But I don't think that's it. I think that copper went down to $4, which is sort of a nice place to bounce off of. If you put a gun to my head, I'd say that copper's still in a bull market and is going to continue to be strong and that that $4 is not going to break down. 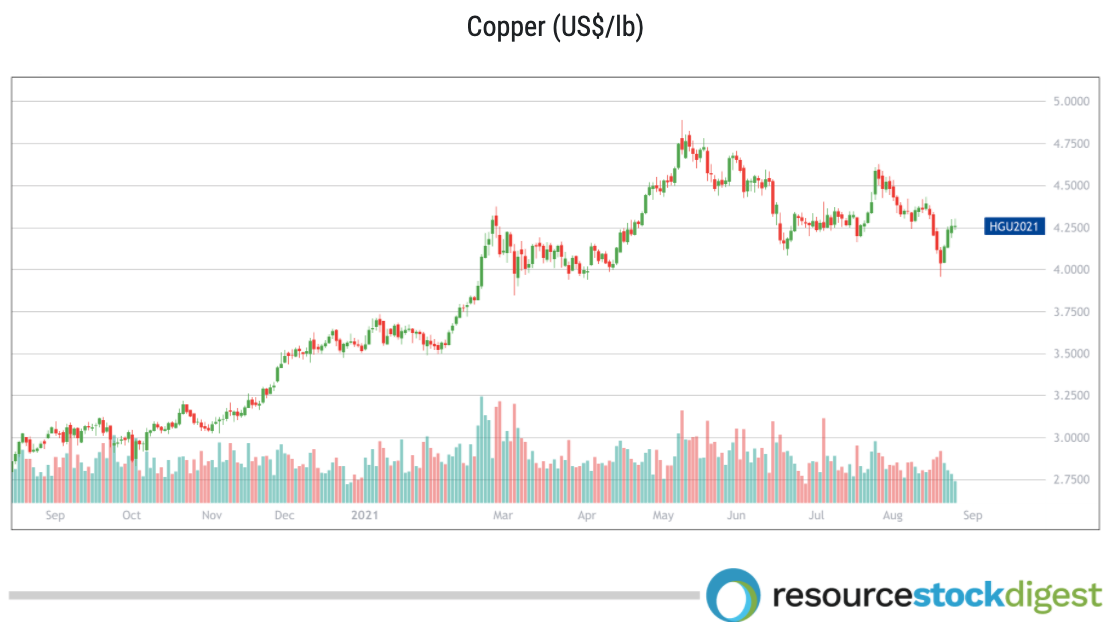 But those are the questions that I think everyone is sort of asking themselves right now, if they're not on vacation.

Gerardo: Agreed, and let's be clear: There are lots of people on vacation. We talked about that last week. But there's also some smart capital that's coming in, and I don't want to get into that yet because I'm writing about it for the next issue of Junior Resource Monthly, which will be out by month-end, but there is a lot of “smart” and at the very least deep-pocketed capital that's coming into the gold space, coming into the crypto space, and coming into the uranium space. And I think we're going to see that manifest itself in outsize moves here in the next quarter. So, it should be an interesting end to Q3 and a fun start to Q4. 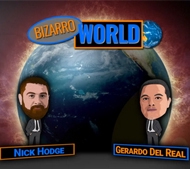 Click here to listen to the full episode, "Confidence in the Crookedness of the System."

And don't forget to sign up to Daily Profit Cycle!

Nick Hodge is the co-owner and publisher of Resource Stock Digest. He's also the founder and editor of Foundational Profits, Family Office Advantage, and Hodge Family Office . He specializes in private placements and speculations in early stage ventures, and has raised tens of millions of dollars of investment capital for resource, energy, cannabis, and medical technology companies. Co-author of two best-selling investment books, including Energy for Dummies, his insights have been shared on news programs and in magazines and newspapers around the world.