GoldMining initiated a PEA on the São Jorge project in June of this year with the aim of further evaluating the economic potential of an open-pit operation and to advance opportunities to upgrade and expand the current resource base.

São Jorge currently boasts an Indicated resource of 0.71 million ounces of gold at 1.55 g/t plus 0.72 million ounces Inferred at 1.27 g/t. The company will be releasing additional drill assays in the coming weeks and months as holes are completed and processed.

“This is an exciting period for GoldMining as we advance several projects, including São Jorge, towards a preliminary economic assessment and as encountered here, the geologic results highlight the unrealized potential in our extensive portfolio of assets within the Americas. The assay results released today on previously unsampled core has identified potential additional mineralized intervals not previously recognized or sampled and helps support the grade and continuity of known mineralization at São Jorge. Drill core collected by previous operators at São Jorge had not been continuously sampled, and we identified intervals with weak to moderate hydrothermal alteration in areas of unsampled core from earlier drill programs. Previous sampling programs focused on strongly altered zones based on a visual determination with limited or intermittent sampling in broader zones characterized by varying degrees of alteration and mineralization. These unsampled intervals are the target of our infill sampling program and will help better define limits of mineralization in certain areas of the deposit.”

“We are very pleased to have completed a foundational de-risking exercise by updating Mineral Resource estimates on four of our key properties. These properties, combined with an amended Mineral Resource estimate on Yellowknife Gold collectively represent approximately 84% of the Company's total Measured and Indicated Mineral Resources of 16.24 million gold equivalent ounces and approximately 74% of the Company's total Inferred Mineral Resources of 16.17 million gold equivalent ounces. Updating and modernizing the MREs on key properties helps lay the foundation for the next stage of further advancing the projects. We are currently progressing with preliminary economic assessments ("PEAs") at our Yellowknife Gold project in Northwest Territories, Canada, São Jorge in Pará State, Brazil and La Mina in Antioquia, Colombia which we expect to have completed in the next six months. We look forward to sharing results of the PEAs and other activities as we continue to unlock value from our extensive portfolio of assets within favourable mining jurisdictions located entirely within the Americas.”

With an impressive portfolio of precious and base metals exploration projects across the Americas, speculators can expect a steady stream of news flow from GoldMining Inc. over the coming quarters with which to potentially move the needle higher. 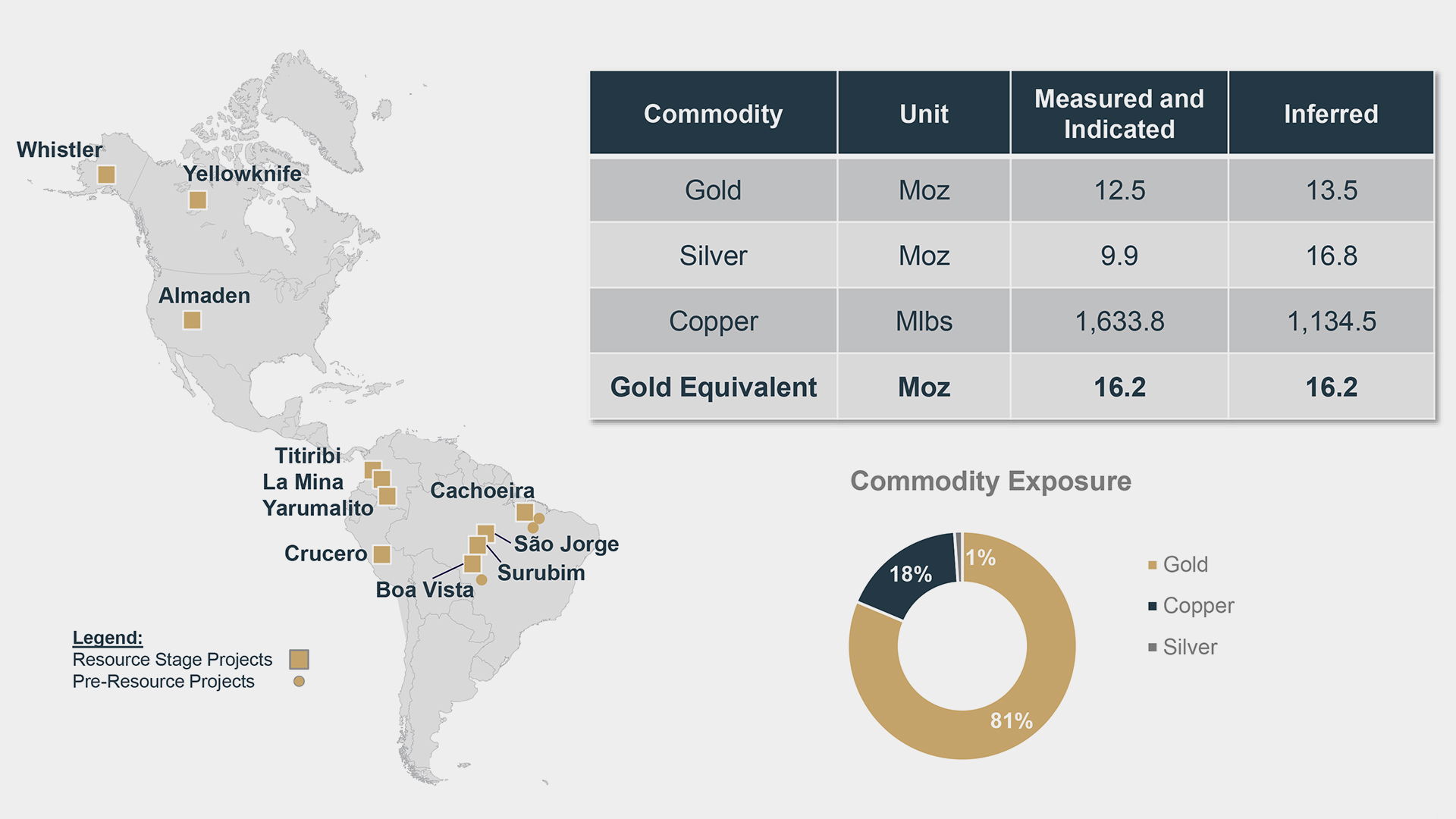 As always, our own Gerardo Del Real of Junior Resource Monthly has been delivering all the key insights on GoldMining Inc. as the company moves into the next stage of unlocking the underground value of its core projects to the benefit of GOLD/GLDG shareholders.

Speaking of Junior Resource Monthly and commodity uptrends, Gerardo has lots to say about the uranium bull market we’re just now entering… including some very significant winners from the junior segment with plenty of upside to go.

And never one to rest on his laurels… Mr. Del Real has a brand new uranium pick out to his subscribers.

Click here for a brief video presentation on this undiscovered gem that’s poised to help lead America’s uranium production resurgence back to its glory days.

And click here for our feature report on GoldMining Inc.