Heliostar Metals (TSX V: HSTR)(OTC: HSTXF) — currently trading right around C$1.20 per share — has announced a highlight intercept of 92 grams per tonne (g/t) silver over 2.5 meters from its maiden drill program at the La Lola Silver-Gold Project in Sonora, Mexico.

To-date, three holes from the ongoing 1,500 meter program have been completed with assays still pending from one hole.

The highlight intercept of 92 g/t silver over 2.5 meters was from the La Barra vein which extends over 5 km in a large area of alteration.

Heliostar CEO, Charles Funk — whom you’ll be hearing more from in a moment — commented via press release:

“These results are an excellent start to our drilling program at La Lola.  To prove that higher grades occur within the main La Barra vein is a significant development and the company continues to drill looking for the heart of the system. This 1,500-metre program is the first ever drilling completed at La Lola and if Heliostar can demonstrate ore grades we can then step-out along the entire length of the La Barra vein.” 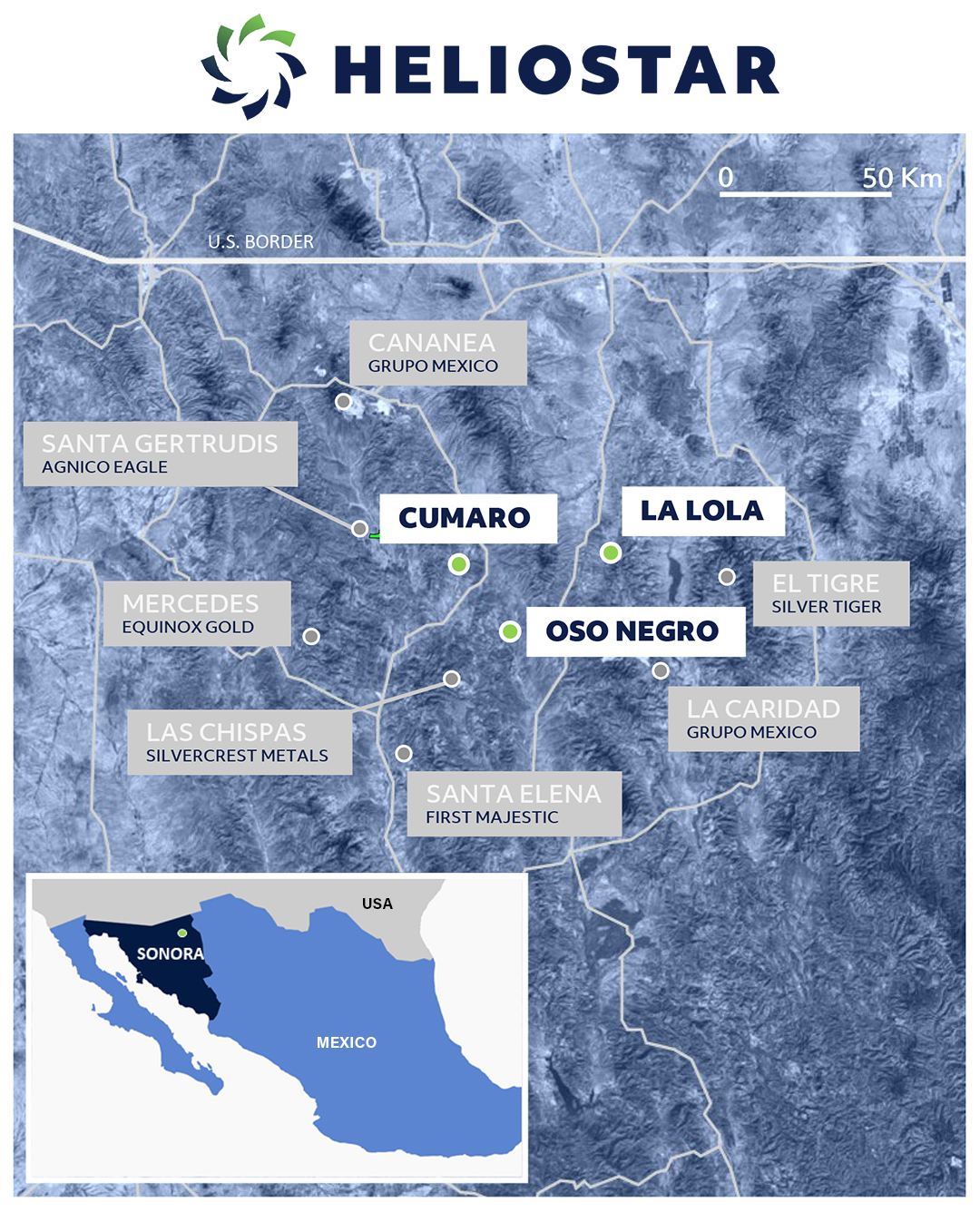 As you can see from the above map, the company is advancing a total of 3 early-stage projects in the district: La Lola, Cumaro, and Oso Negro.

And 5,000 km to the north, Heliostar is revving-up the drills at its flagship Unga Gold Project located on the Unga and Popof Islands in Alaska’s Aleutian chain.

With multiple drill programs spinning simultaneously, Heliostar Metals is poised to deliver a steady stream of news flow over the coming months with which to potentially move the needle.

Our own Gerardo Del Real of Junior Resource Monthly sat down with Heliostar CEO, Charles Funk, to get caught up on all of the latest happenings at La Lola and Unga. Tune in to the interview here, or read the transcript.

Be sure to also click here for our most recent report on Heliostar Metals.