Highlights from 3 of 7 holes include:

"The Aquila target is delivering with these results defining another centre of mineralization at Unga. The phase one 2021 program has now defined shallow gold footprints over large areas at both Apollo and now Aquila, and assays remain pending for these and other targets at the project. The geological interpretation is that Aquilla is just the top of a mineralized zone and our next step is to undertake diamond drilling to define the full extent of mineralization at depth and along strike. Unga is an extremely large, 250 square kilometre, land package and this current drill program is designed to rapidly test the highest probability targets with RC drilling ahead of a systematic diamond drilling program with a goal of growing the projects existing resource to greater than 1,000,000 ounces of gold." 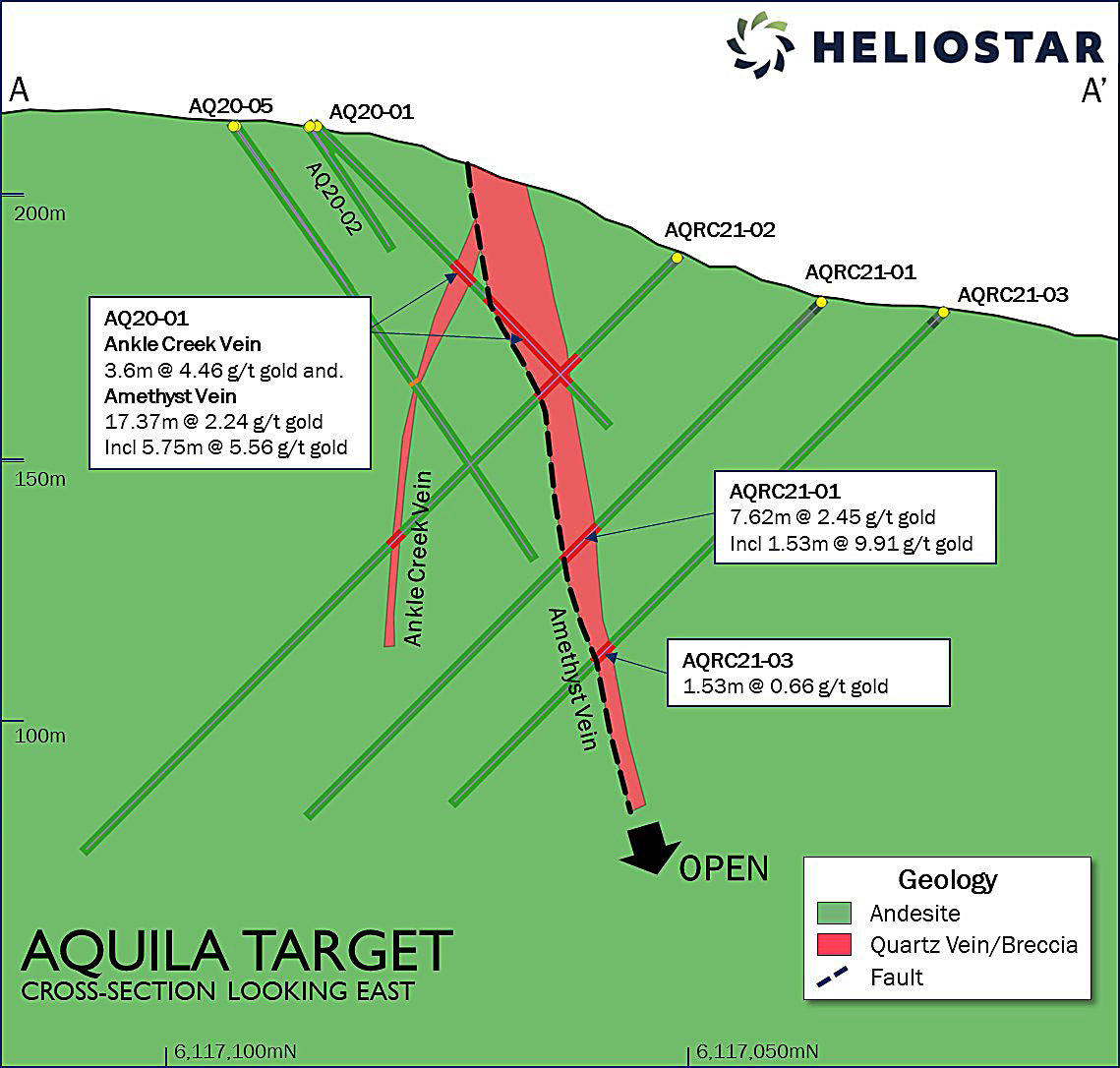 With four priority targets at Unga — Aquila, SH-1, Apollo and Centennial — and with an initial goal of defining greater than 1Moz of high-grade gold mineralization, Heliostar Metals is certainly one-to-watch in the junior precious metals space.

“We now have over 360 metres of continuous, high silver and gold grades at the main Prospecto vein at Oso Negro and have defined drill targets on all three previously known veins on the property.  In addition, the company has increased the land holding by over ten times and discovered two new silver-bearing veins.  The Fresnos vein is locally up to 70 metres wide and may represent the shallow levels of a system.  The Hebilla vein zone has many small, historic workings. Grab samples from these locales contained high silver and gold grades.  We are thrilled with these results and look forward to getting our team back onto the project with a plan to complete a maiden drill program once we wrap up our current work program at Unga.”

It’s a well designed strategy of having the drills turning pretty much all year-round. As results are being tabulated up at Unga, the Heliostar team can be grinding away for shareholders some 5,000 km to the south in Sonora, Mexico.

With high-grade seemingly coming out of every vein structure up north and down south, Heliostar Metals looks more than up for the task to deliver a steady stream of high-grade gold/silver results with very little pause in between.

As always, my colleague Gerardo Del Real of Junior Resource Monthly has his ear to the ground on all-things Heliostar.

Click here for a short video clip where Mr. Del Real details just a few of the key advantages his subscribers enjoy monthly —

including specific buy-sell signals and upcoming catalysts across a variety of metals — and why he believes Q4 is setting up to be one of the most profitable quarters he’s seen in the junior resource space.

Also click here for our feature report on Heliostar Metals.