Golden Arrow Resources (TSX-V: GRG)(OTC: GARWF) — currently trading below C$0.20 per share — has entered into an option agreement on its Caballos copper dominant project in Argentina whereby Hanaq Argentina S.A. can earn-in 70% by spending US$4 million on exploration over 6 years. 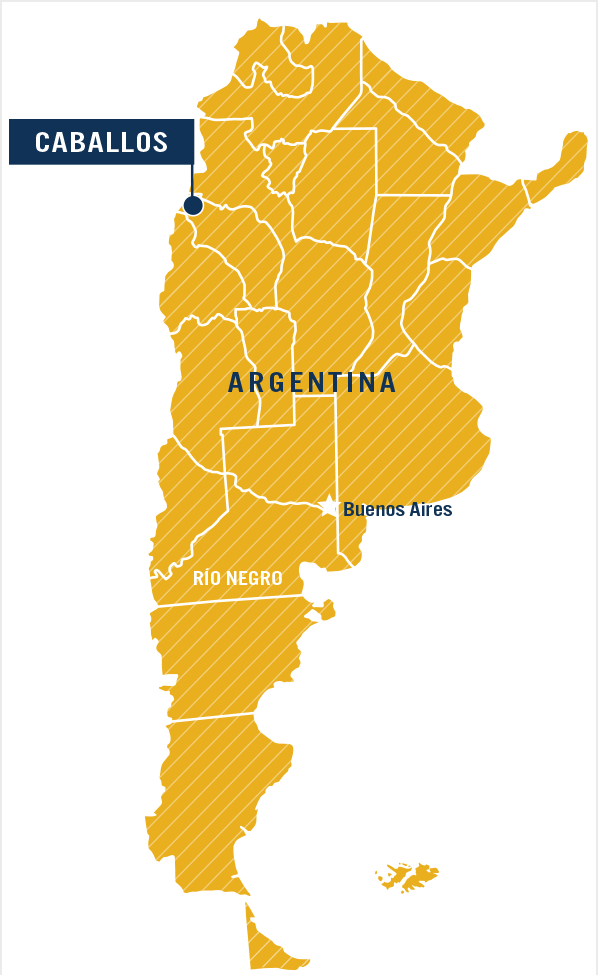 Golden Arrow's Caballos Copper-Gold Project is located at the intersection of the Maricunga
Copper-Gold Belt and the El Indio Gold-Silver belt with multiple major deposits within 40km.

With copper trading firmly above US$4 per pound, Golden Arrow is refocusing its efforts on advancing its copper dominant projects, which include:

“Caballos is one of several copper-focused projects within our more than 180,000-hectare portfolio in Argentina that has demonstrated potential from preliminary geological work. With the recent strength in the copper market, we have redoubled our efforts to secure qualified and committed partners such as Hanaq to advance these exploration projects. This allows us to build value at those properties while freeing our team to concentrate on our core-focus precious metal projects in Argentina and Paraguay and on copper assets that we believe we can advance faster and more efficiently, such as our Rosales copper project in Chile.”

Additionally, in southern Paraguay, Golden Arrow is advancing its Tierra Dorada Gold Project by way of the drill with recent highlight intercepts of:

“The extensive soil and vegetation cover at Alvaro makes exploration challenging, so this shallow drill program was an excellent option to give us a better look at the subsurface than we were able to accomplish with prospecting or trenching.  We are pleased with the results, which in some cases have confirmed continuity of gold mineralization and veins below surface and in others have shown broader veins than expected with higher grades than the surface sampling.”

Golden Arrow is planning a 2,000 meter drill program to follow up on those targets and — with C$26 million in cash and equivalents as of September 30, 2020 — is well positioned to advance its impressive South American property portfolio via partner funded projects, such as Caballos, as well as self funded exploration and drilling such as Tierra Dorada.