Alianza Minerals (TSX-V: ANZ)(OTC: TARSF) — currently trading around C$0.10 per share — has announced the mobilization of equipment for its upcoming drill program at its 100%-owned Haldane Silver Project located in the historic Keno Hill Mining District of Yukon Territory, Canada.

“I’m excited to get our crews back in the field at Haldane. The West Fault target will be our primary focus following up our excellent results from last fall which demonstrated that both high grades and robust widths are present at this target.”

The Phase Two program will test for potential high-grade mineralized shoots along strike and down dip of last year’s highlight hole in the West Fault zone.

Far from a one-trick pony, Alianza is a hybrid explorer\prospect generator with precious and base metals projects in well-established mining jurisdictions in the Yukon, British Columbia, Nevada, Colorado, and Peru. 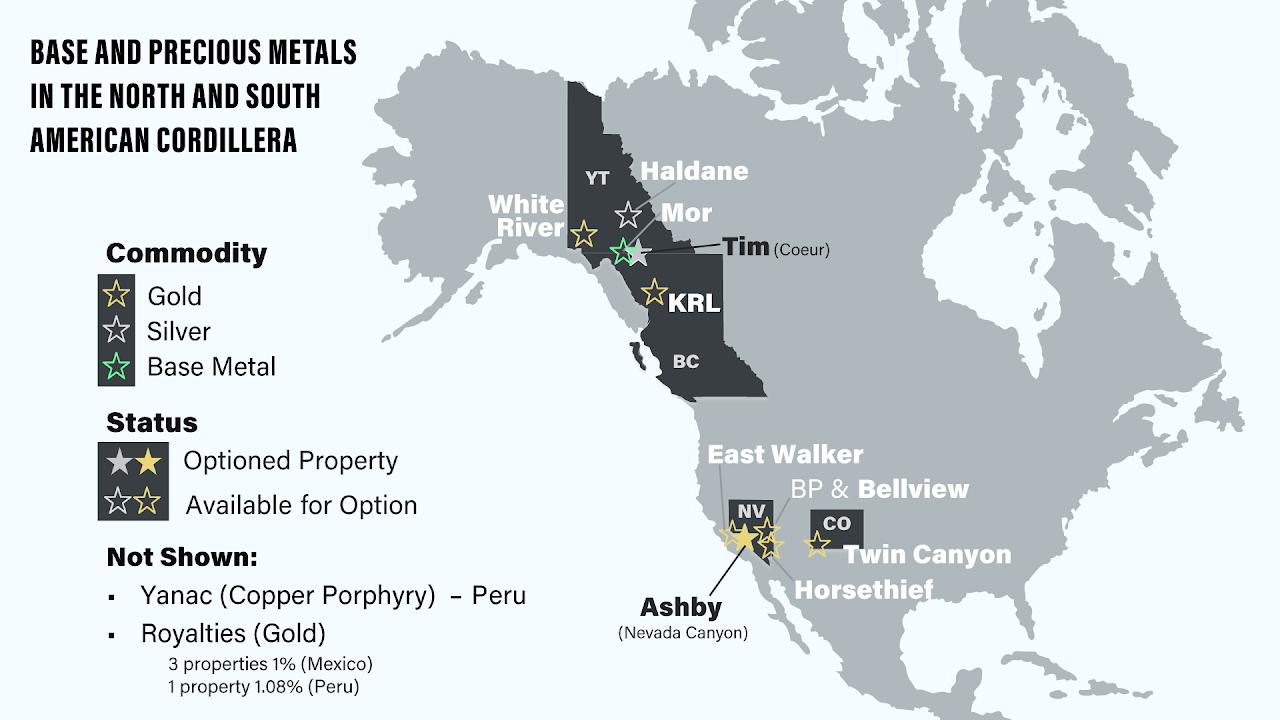 That includes the Tim Silver Project, Yukon Territory, which is being advanced via a joint venture with Coeur Mining (NASDAQ: CDE) wherein Coeur can earn-in 80% by way of cash and exploration expenditures totaling ~C$4 million along with the completion of a feasibility study.

And finally, with copper approaching US$4.50 per pound, Alianza is actively seeking a joint venture partner to develop its drill-ready Yanac copper-molybdenum porphyry prospect in Peru. Management recently acquired drill data from a previous reverse circulation program at the property; initial targets are being delineated for a potential Phase One drill program.

Our own Gerardo Del Real of Junior Resource Monthly caught up with Alianza president & CEO, Jason Weber, to discuss the copper porphyry potential at Yanac as well as the upcoming Phase Two drill program at the flagship Haldane silver project. You can catch that interview here.

Be sure to also check out our feature report on Alianza Minerals here.