Generation Mining Ltd. (TSX: GENM)(OTC: GENMF) — currently trading below C$1 per share — has announced a drilling update on its flagship Marathon palladium-copper project in Northwestern Ontario, Canada. The details of the program are as follows:

The program is a follow up to the company’s highly successful 2020 drill program which produced highlight intercepts of up to 8 metres grading 3.86 grams per tonne (g/t) palladium, 1.36 g/t platinum, 0.43% copper within 43 metres grading 2.82 g/t palladium equivalent.

“We are excited to follow up on the positive drill results from the summer 2020 program. The 2020 program also gave us two very prospective off hole conductor targets further down dip within the Central Marathon Feeder zone, which will be part of this program. We are also very excited to test the possible down dip extension in the high Pd grade Southern W-Horizon as well as begin evaluating the Chonolith Zone. All three areas have the potential to host ramp accessible resources immediately adjacent to the Marathon Deposit.”

The Marathon project is considered the largest undeveloped platinum group metals (PGM) mineral resource in North America and is estimated to host:

Generation acquired a 51% interest in the project from NYSE-listed Sibanye Stillwater in 2019 and has since increased its ownership stake to 80%. 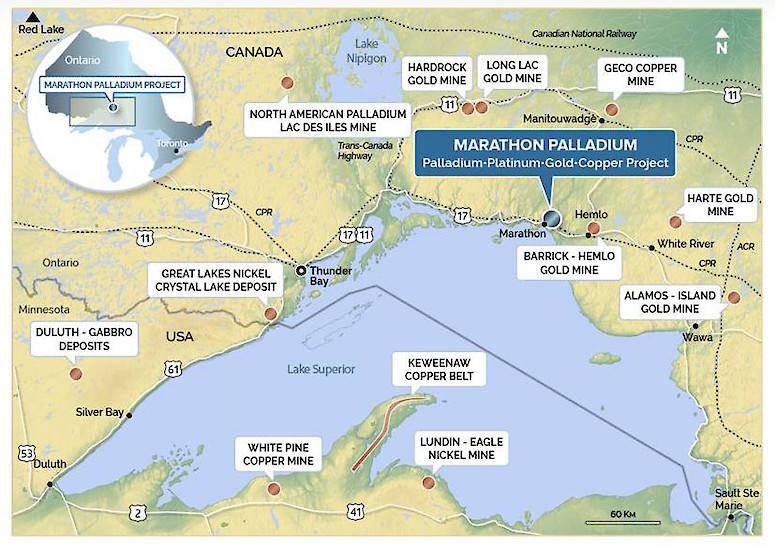 With 2021 drilling underway, GENM/GENMF shares represent an exciting speculation in the junior resource space via exposure to a number of metals in confirmed uptrends including copper which just eclipsed the $4 per pound mark for the first time in nearly a decade; platinum which has doubled since March of last year; palladium which is up nearly 50% over that same timeframe; and gold which is up 22% over a similar period.

Now is a good time to conduct your own due diligence on Generation Mining, and an excellent place to start is the company’s corporate website.

Be sure to also click here for our most recent report on Generation Mining.