The program is kicking off at the high-grade Joss Zone with five holes planned for 2,500 meters where previous drilling has returned intercepts in the 4 to 9 grams per tonne (g/t) range over true widths measuring 1 to 5 meters.

“Joss represents a catalytic opportunity to potentially boost gold production and/or reduce the assumed mill throughput and the associated capital cost of constructing a future milling operation at Beartrack-Arnett. Based on current, widely spaced drilling, our team is excited about the high-grade, continuity and the overall dimensions of the Joss target. The target extends for one kilometer of strike with potentially underground mineable widths of 1 – 5 meters, has been drill tested to a depth of 500 meters and remains open on strike and at depth.”

A second rig will be added next month for an additional 2,500 meters of drilling at the Haidee open-pit oxide gold target with a focus on upgrading and expanding on the current Mineral Resource:

With a US$40 million market cap and 3 million ounce resource, Revival currently trades for less than US$13 per gold ounce in the ground.

The drills are turning; an updated resource estimate is on the way; and metallurgical test work and baseline environmental studies have begun.

And to top it off, the company is progressing toward a potential restart of heap leach gold production [~72,000 ounces per annum] from existing infrastructure at Beartrack-Arnett.

There’s a lot to like about Revival Gold at current price levels — especially with gold trending higher of late — and there should be no shortage of news flow over the coming months.

Our own Gerardo Del Real of Junior Resource Monthly sat down with Revival Gold CEO, Hugh Agro, for an overview of the current summer drill program at Beartrack-Arnett. 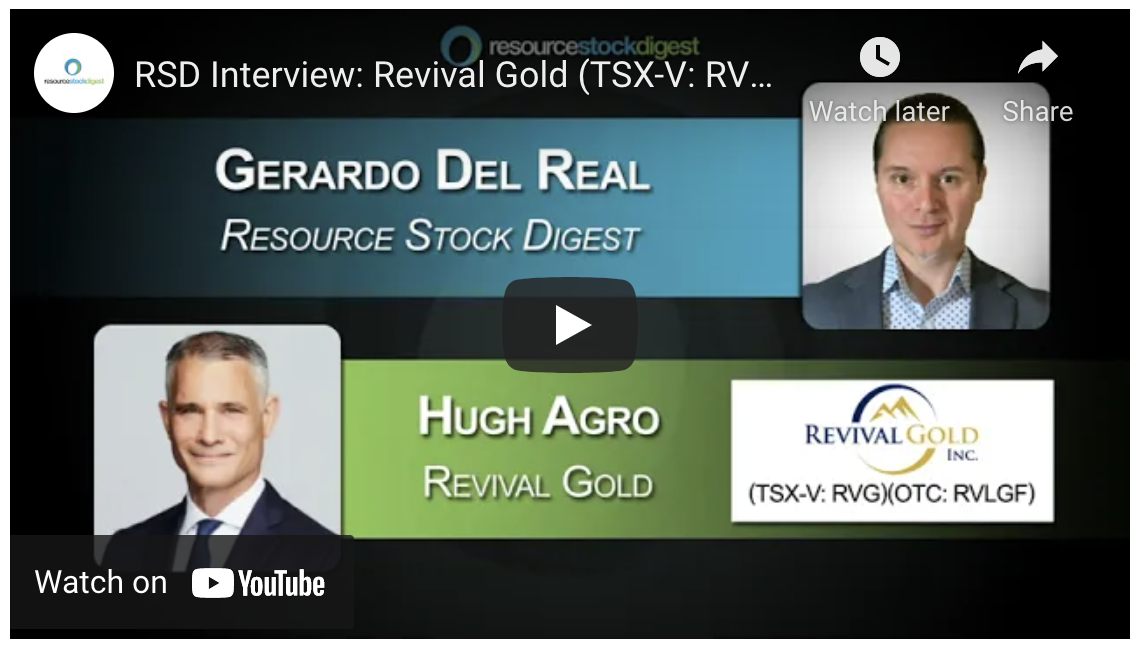 And don’t forget to click here for our feature report on Revival Gold.