The US federal government is an alphabet soup of obscure agencies you’ve probably never heard of… and probably never interacted with in any meaningful way.

You may not be familiar with the U.S. Board on Geographic Names or the Railroad Retirement Board, but your tax dollars keep them operating, even if you’ve never used their services.

One obscure federal agency whose services you certainly have used, however, is the Federal Energy Regulatory Commission (FERC), the body that oversees the transmission and sale of electricity, oil and gas between states.

In other words, FERC supervises the electric grid, keeping your lights on by getting all of the power plants and utility companies to play nice with each other.

Until very recently, maintaining the status quo of the US electrical grid was pretty much all the agency did.

But under the last two Presidential administrations, it had started to partially deregulate the grid in a way that could have big impacts for distributed energy investors.

Before we talk about those impacts, we should probably define what “distributed energy” is...

What Is Distributed Energy?

In the traditional model of electrical distribution, large, centralized power plants are responsible for the entire power supply in a given region.

These power plants do their best to change their capacity in real-time in response to changes in demand. But they’re large industrial facilities that can’t easily stop and start on a dime.

As California and Texas residents have learned the hard way in recent years, they’re sometimes too slow to react to extraordinary weather events like heat waves or cold snaps.

And the result is rolling blackouts. 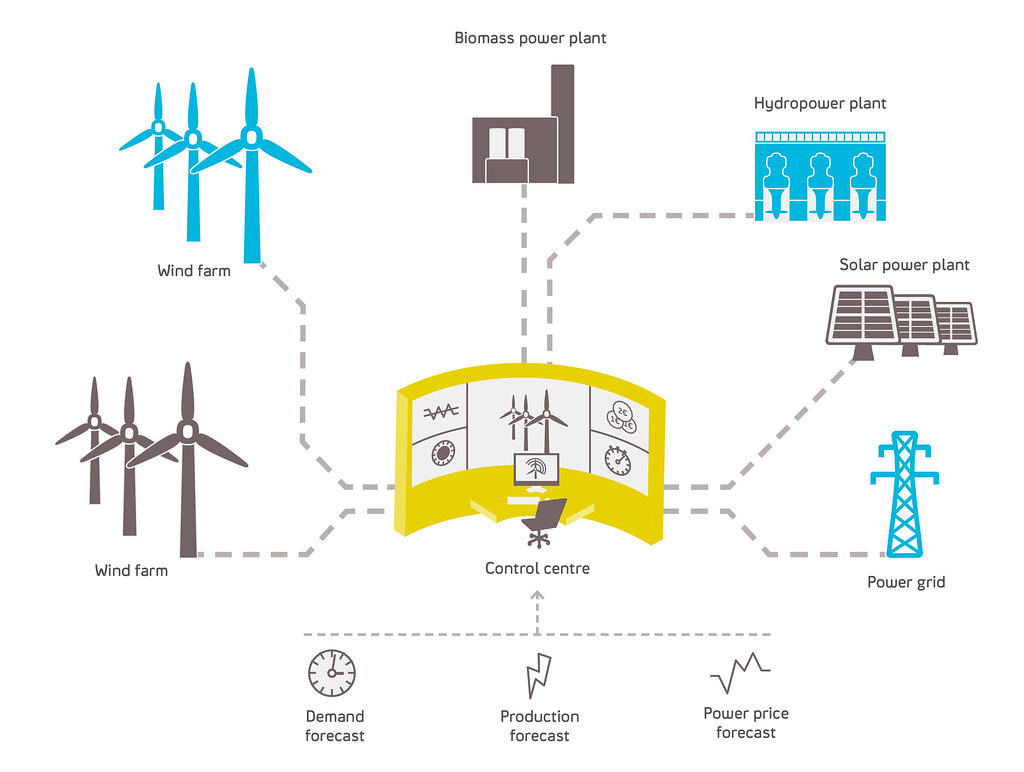 (Click to see how it works and how to profit.)

These networks can supply electricity to the grid and adjust output in response to changing conditions much more nimbly than a traditional power plant can — and it’s often much cheaper for consumers.

But until a recent pair of FERC orders, virtual power plants were effectively locked out of full participation in the electrical grid.

The first is FERC Order 841, the culmination of a regulatory revision process that started way back in 2015 under Obama. The order effectively forces regional transmitters and grid operators to allow energy storage devices and networks to participate in the grid at fair market prices.

Previously, grid operators were allowed to opt out of interacting with storage systems, or to charge them tariffs for trading electricity with the grid. And many did, because such storage systems — being effectively self-regulating parts of the grid — threaten their business model of charging money for grid regulation services.

But over the next few years, as FERC Order 841 is implemented under Biden, they’ll have to work with them.

Back in September, under Trump, the agency issued a second distributed-energy-related order: FERC Order 2222.

This rule is similar in substance to Order 841 in that it forces grid operators and transmission organizations to buy power from and sell it to distributed energy generation networks at the same price as traditional power plants.

In other words, it strikes down the tariffs, opt-outs, and other anti-competitive practices grid operators have used for years to shut rooftop solar installations, home battery systems and other small distributed energy assets out of the grid.

This is obviously great news for publicly-traded companies that produce and manage virtual power plants —  and their shareholders.

Make no mistake: this solves renewable energy’s biggest problem and will fundamentally change the future of all energy.

What could it be worth to you?

If history is any indication, 60,000% profits could be on the line.

See why in my new presentation here.