Gerardo Del Real: This is Gerardo Del Real with Resource Stock Digest. Joining me today is the CEO of GoldMining, Inc. — Mr. Alastair Still. Alastair, how are you today? 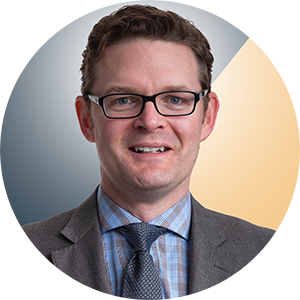 Gerardo Del Real: Well, thank you for making time. I understand you are at PDAC. Is that correct?

Alastair Still: That is correct. It's nice to be back at PDAC in Toronto. Of course, a different time of year this year. It's usually in March; now we're here in June. A great venue… lots of familiar faces around, and there's some general excitement here — which is good to see.

Gerardo Del Real: Well, let's talk about excitement. You should be complimented… you, Amir, and the GoldMining Inc. team. I've complimented the team in the past for positioning shareholders during a bear market to succeed in better markets. And I think the news that you had yesterday really speaks to that.

You optioned the Almaden property in Idaho to NevGold for total consideration of C$16.5 million. You simultaneously made a strategic investment in NevGold. NevGold, of course, is on to a new discovery in Nevada. It also has an existing resource, a resource that gets bigger by the day.

So congratulations on taking a property that, if I recall correctly, you had purchased for roughly just over a million dollars if I'm not mistaken. And being able to create a scenario that, frankly, is a win-win for GoldMining — but it's also a win-win for NevGold as it increases its portfolio — can you speak to the transaction? And congratulations again!

Alastair Still: Well, thanks very much. And absolutely, I think you've hit the nail on the head. I think it's a great transaction for both sides. It truly is a win-win. It gives NevGold an opportunity to grow their portfolio and grow in the district. But as they're doing that, it gives tremendous opportunity for GoldMining and our shareholders.

And as you say, we acquired that property just two years ago. We paid just over a million Canadian dollars for it, and that was cash and share consideration. And then, to be able to turn that into a headline number of C$16.5 million two years later unlocks tremendous value for us. This is a property that, while we like the potential and we like the district, it wasn't core in our portfolio. It fits in a lot better with NevGold.

They have a very competent team; they will advance it. And as they advance it and move it forward, we stand to benefit because we've become a major shareholder in their company. We start out over 10%. That will likely go higher depending on what happens with their own raises. But as we get issued shares going forward — so we're a material shareholder — we have investor’ rights to maintain that interest should we wish to. We have a right to nominate a board member.

And so we've unlocked a lot of value for something that really attributes about 3% of our global resource base. So from a very small part of our portfolio, we've seen a significant gain here, and we can still gain from future success as well.

Alastair Still: Well, I think first and foremost, like anything and like ourselves, when people do the due diligence, I think you have to look at a couple of key factors. Important is to look at the assets; the projects that are in the portfolio and the team running them. And both of those items satisfied our level of due diligence.

We were very encouraged by the team at NevGold and their Limousine Butte project in Nevada. We thought that was a good opportunity. So we wanted to show that we believed in this deal. We didn't want to be seen as unloading a project and running away. We want to be there to grow with it, and we see the value in growing with it. And that's why we agreed to be, effectively, a lead order for them to move it forward.

And in fact, it's almost a wash with that money. The money we both are putting into it — the total of C$2.25 million — that turns into work commitments that they must spend on that property. So it's like we're advancing the project ourselves but they're doing it with a team that's in Nevada already and can shift up the road to Idaho very easily. It lets us stay focused on our core projects.

We have the financial strength on our balance sheet to do this and really locks in a good gain for us now but, as I say, still protects us from the upside by exposure on that share price by owning the NevGold shares.

Gerardo Del Real: What's the second half of this year look like for GoldMining, Alistair? I know it's a busy one, a lot behind the scenes going on. What can shareholders expect?

Alastair Still: Well, I think there's a couple of very important catalysts that are happening right now, and there's a lot of activity going on. And as we've announced, we've added significantly to our team. We've added a very experienced resource geologist onto our team who came over from Newmont and Galiano and Goldcorp. We've added a VP of Exploration, Tim Smith, who also has an extremely good pedigree working for major producing companies.

So we've really beefed up the technical team, and that's been pushing some of our key initiatives. One of which was, we announced a few months ago now, that our Whistler project in Alaska, we’re going through an IPO process — something similar to what we did with our Gold Royalty assets a year ago now… crystallizing the value of that on the balance sheet. So we're looking to move that into a public vehicle that will raise money, and we hope to advance that project.

Our new VP Exploration, Tim Smith, will also serve as the CEO of that company. He's an experienced explorationist who’s spent a lot of time in the north — so we're very excited about moving that project. It's almost 10 million gold equivalent ounces. It's in a great jurisdiction. They're looking at putting a road into it. So very excited about our Whistler project and the new entity called US Gold Mining Inc. So stay tuned for more news on that. That's a very exciting development.

And the other thing that's going to be coming out in the near while is that we did announce that we started our first drill program in Colombia. We're currently drilling on the La Mina project. We're doing step-out holes on a potential new resource that's not part of the existing resources.

It's less than a kilometer away from the existing resource. We've got a modest drill program. We're already onto our fourth hole there. And as drill results become available from the assay lab, we'll be putting out results on that in the next few weeks. So stay tuned for some of the first-ever drill results from our company as well.

Gerardo Del Real: Looking forward to it! I think we're going to close the year a lot higher with the gold price than where we stand now. I know that the Fed and monetary policy is kind of dictating the price action right now. But I do see a scenario where, by year-end, we're looking back at current prices and wondering why we didn't buy more. Alastair, anything to add to that?

Alastair Still: Well, I think you're right. And we also have to keep in perspective that the gold price has actually held pretty steady. You know, we're still above US$1,800 per ounce, which is not a bad price for us. What's decoupled is the price of gold and the gold equities. And that seems to be following the general market trend, not in-line with the price of gold, which they normally follow more closely to.

So I see there being a correction coming forward. As the gold price stays steady — or even rises this year as demand pushes it further — people look for that safe haven buying. I think as the gold price rises, the equities will also look more attractive so we get a closer correlation between the gold price and the equities. And I see a lot of room for the gold equities to bounce back more in-line with these exceptionally good gold prices we're at today.

Alastair Still: Awesome. Great speaking with you. Have a great afternoon, Gerardo.