Coverage made possible by the sponsorship of our featured companies: Click here to see more about T2 Metals Corp.

Gerardo Del Real: This is Gerardo Del Real with Resource Stuck Digest. Joining me today is the president and CEO of Aguila Copper, Mr. Mark Saxon. Mark, first off, how are you today? 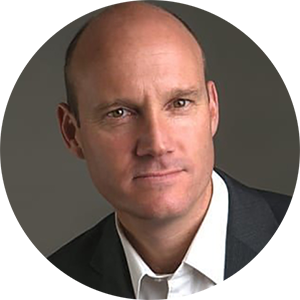 Mark Saxon: Gerardo, good afternoon. Great to talk to you. And I think you've misspoken there. We've just renamed, so we'll call it the former Aguila. How about that?

Gerardo Del Real: Well, this would be effective tomorrow, so technically you are still Aguila. But effective tomorrow by the time people listen to this, it'll be effective today, October 20th, 2022, you have undergone a name change and the name of the new company or the new name of the company will be T2 Metals. Now, I couldn't help but notice that one of my big early successes was a company you were involved with called Tasman Metals. I did very, very well with Tasman. And so is there a relation there as far as the name goes? And then let's talk about the approach for T2 moving forward.

Mark Saxon: Yeah, most certainly Gerardo and yeah, thank you for pulling me up on the timing there. And so yes, we're in the point of change right at the moment from one to the other. And so yeah, as you mentioned, yeah, my former T company was Tasman Metals, which we made a very major rear earth discovery in Sweden. And yeah, you were an early part of that and yeah, thank you for the support. Yeah, T2, I suppose the name is, yeah, a little bit of a hark back to that great success. But I think it's more about the transition to new materials and new metals and doing things in a better way. And yeah, we were chatting with friends, some of whom you know, about new names and new ideas and the idea of T2 because of that sort of position in the energy transition was really the motivation for it.

Gerardo Del Real: Let's talk about that transition that you mentioned. There is a quote in the release that says, "We see tremendous opportunity for the exploration and development of our existing and future copper, nickel and lithium portfolio in supportive North American jurisdictions." I am a firm believer that the battery metals mega trend will continue for many, many years. I love the way you're positioning the company. I'm biased. I'm a shareholder, participated in a recent financing, and am very excited to hear about not just existing but future copper, nickel and lithium projects. Can we talk about the portfolio as it stands? You expanded your land holding in Nevada here last month, if I recall correctly. And that actually is going to lead into drilling. And I know you Mark, you're always vetting projects and on the hunt for new things. So a lot there. Give me the overview of it.

Mark Saxon: Yeah, absolutely. And I guess we'll talk about the existing portfolio first of all and then move on to new ideas. And so the existing portfolio is the Lida project in Nevada where I am at the moment. We have the Cora project in Arizona and we have the Sherridon Camp in Manitoba. And so yeah, really strong combination of greenfield through to resource stage projects, which is a really nice balance. A good blend of let's say jurisdiction risk, but all very positive jurisdictions to get work done in. And a good spread of, I guess, environment as well. So it gives us a portfolio that we can work all year round. Obviously Manitoba has its seasonal work, whereas Arizona essentially is all year round. So yeah, all copper dominated projects, but with other trace metals that come with it.

So here in Nevada with our Lida project, we see some very high grades of silver as well as the copper. So that's, yeah, plus 400 grams of silver, which is a great sweetener, but really it's a copper project. And so we've done lots of sampling at surface, which gave us high grades. And then we've got some really sort of, let's call them bullseye targets in IP chargeability from a recent survey. So drill ready and we're moving towards that now with drill contracts on the table and the work going through the BLM to get the permits in place.

Mark Saxon: Yeah, we look at things all the time. And yeah, as you know on our board we have Blair Way and Dusan who are directors and early, yeah, so Blair is the CEO of Patriot Battery Metals, as we both know. And so yeah, we've got a great depth of lithium experience in the company. Obviously we're always on the lookout for new projects and lithium, yeah, it'd be silly to say that it's not very high on the list for new project acquisitions.

Gerardo Del Real: Excellent, excellent. What can we expect here in the next few months there, Mark?

Mark Saxon: Yeah, so we're going to be seeing drilling starting at Lida as the first project. And then the second project we'll move down to the Cora area in Arizona. At Cora, there's been a small amount of drilling in the past, and yeah, we know there's some very thick medium grade copper intersections on that project that haven't been followed up since the 1950s. So yeah, very exciting target. In Manitoba, yeah, we've just finished reprocessing the geophysics and so we'll be press releasing that quite soon to discuss the pathway.

Gerardo Del Real: Excellent, Mark, always good to catch up. It was overdue. Thank you so much for your time and looking forward to doing it here more often.