The highlight intercept – which comes from the Maverick East Zone – returned 0.28% U3O8 over 17.9 metres, including 1.09% U3O8 over 2.5 metres, along with significant copper mineralization.

These back-to-back results – which further confirm the continuity of the high-grade East Maverick Zone – are providing the Skyharbour team with a solid momentum boost going into 2021 where drill programs are currently being developed for the Maverick corridor as well as new targets identified through geophysics.

Skyharbour CEO, Jordan Trimble – whom you’ll be hearing more from in a moment – added via press release:

“We are very pleased with the results from this most recent drill program at our flagship Moore project as we continue to discover new high-grade uranium mineralization at the Maverick corridor in relatively wide intercepts of continuous mineralization. We will be commencing a winter drill program to follow up on these results and test more extensively the highly prospective potential feeder zones in the basement rock at the Maverick corridor. Skyharbour is very well positioned to benefit from the accelerating uranium market recovery with strong discovery potential and upcoming news flow from its continued drilling at Moore. Additional news flow will be provided by the work of partner companies Valor Resources, Orano Canada and Azincourt Energy each earning in at our North Falcon Point, Preston and East Preston projects, respectively.”

With substantial portions of the 4.5 km-long Maverick corridor yet to be systematically drill-tested, the Skyharbour team sees robust discovery potential both along strike and at-depth in the underexplored basement rocks.

This focus-shift to basement-hosted mineralization is important as Skyharbour – as well as other companies operating in the Athabasca – are seeing very real potential for high-grade “feeder zones” situated beneath the sandstone cover.

Thus far, the market has been reacting favorably with SHY shares doubling from C$0.15 to C$0.30 over just the last ten or so weeks. 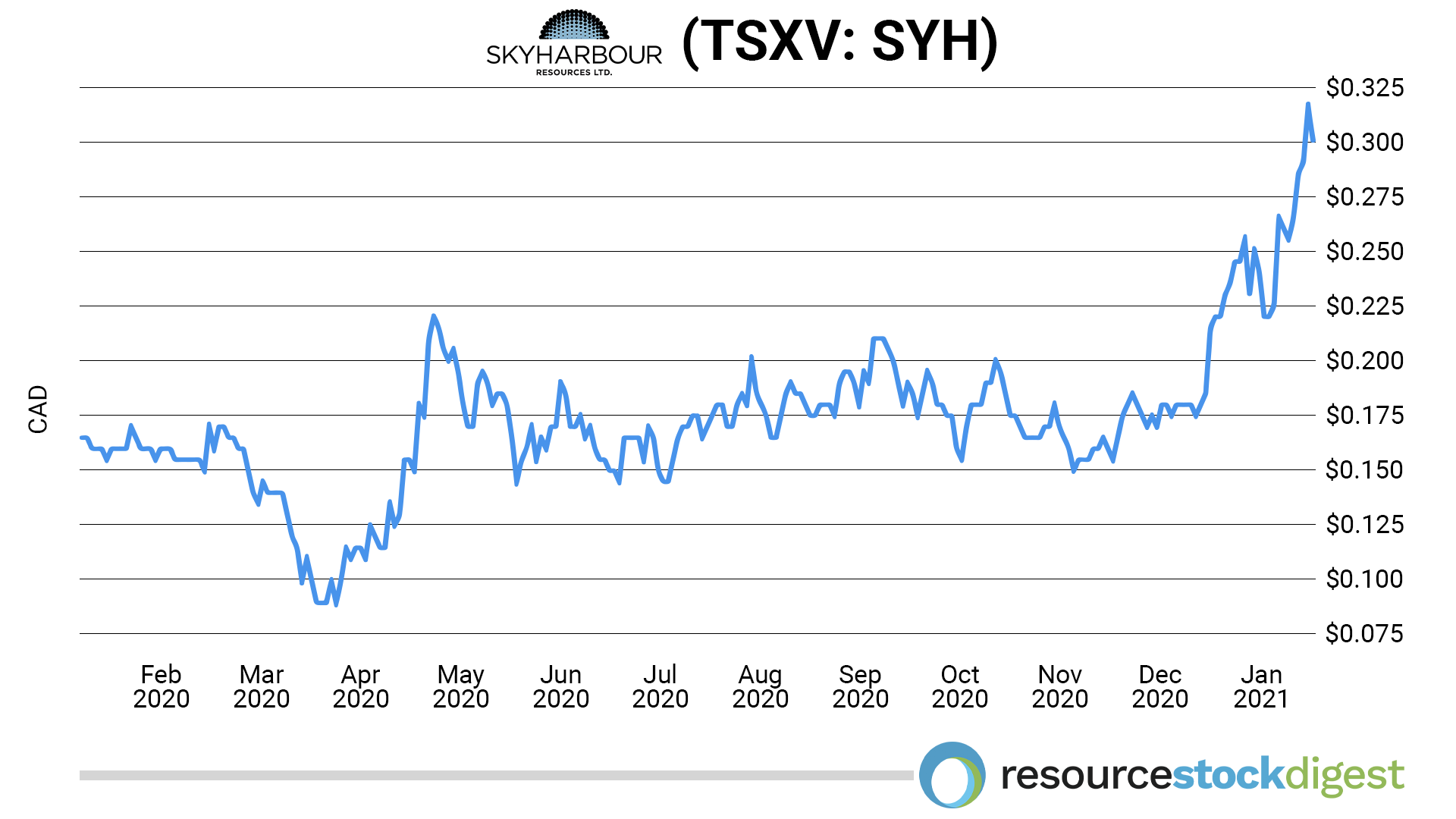 Our own Gerardo Del Real of Junior Resource Monthly sat down with Skyharbour CEO, Jordan Trimble, for an update on the flagship Moore project, the partner projects, and a discussion on the emergent uranium bull market. Click here to listen to the interview.

You may also click here for our most recent report on Skyharbour Resources.