Monumental has an option to acquire a 75% interest and title to the project from Lithium Chile Inc.

The co-flagship project is located within South America’s prolific Lithium Triangle — which is estimated to contain more than half of the world’s lithium supply beneath the many salt flats, or “salars,” that are common to the region.

The newly released results are from a follow-up shallow brine sampling program across seven auger holes (see below), which produced lithium values up to 405 milligrams per liter — consistent with samples previously collected by Lithium Chile. 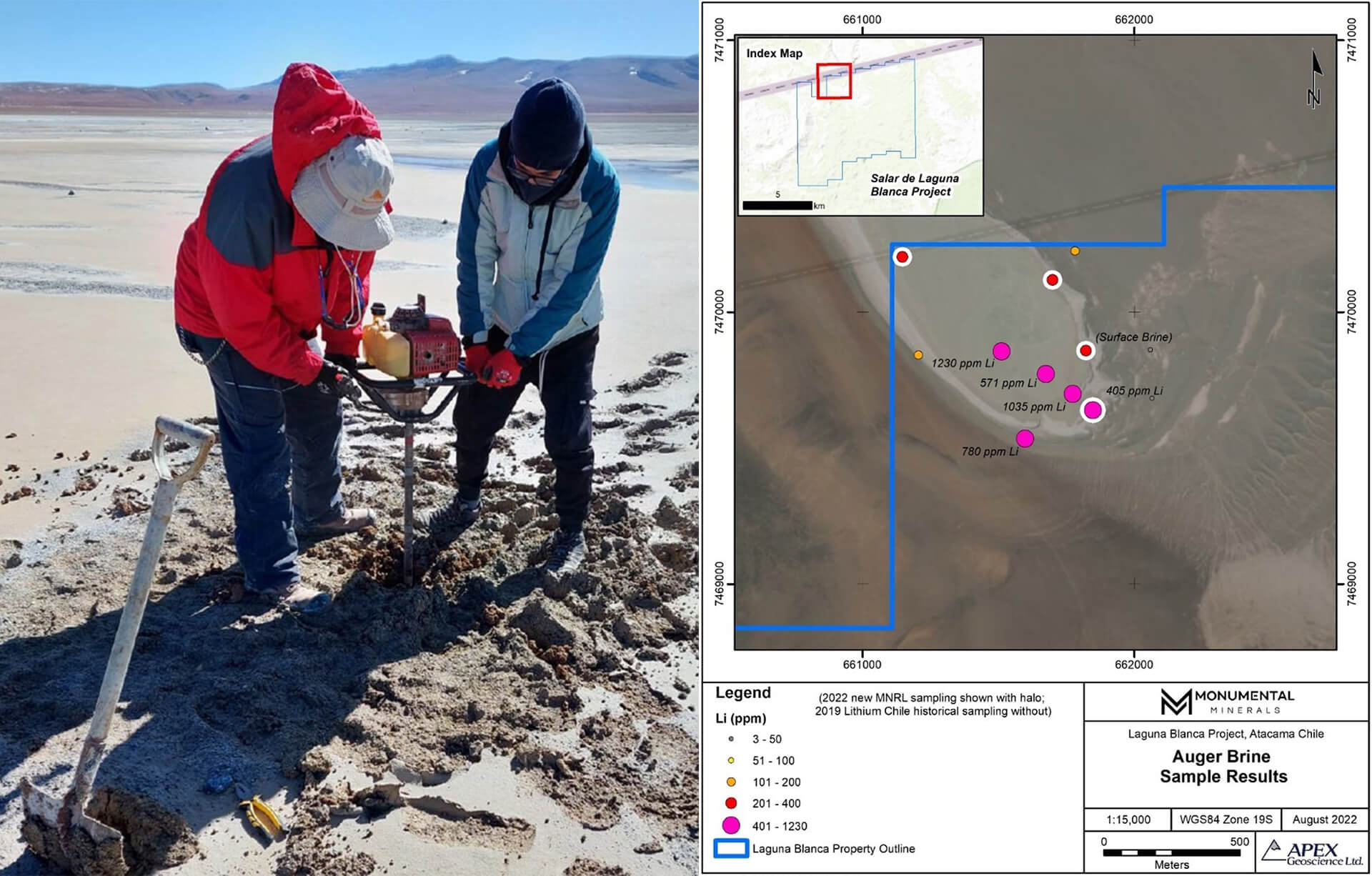 Importantly, the ratios of lithium to magnesium within the samples — which ranged from 2.5:1 to 1.8:1 — came in considerably higher than other known projects in the Lithium Triangle.

Those highly favorable ratios could prove beneficial to any future potential processing from the project as low magnesium brines are widely considered more desirable as the geochemical behavior of magnesium ions can interfere with the lithium purification process.

“The brine results from Laguna Blanca are extremely encouraging. Although the samples were collected during the wet time of the year, and only 2 weeks after a major snow event, lithium concentrations are consistent with previous values determined by Lithium Chile in 2019. We are optimistic that our future drilling results will demonstrate lithium brine concentrations that significantly exceed these surface values. Additionally, we are excited about the low magnesium concentrations, as high values can be deleterious for processing.”

Monumental is gearing up for a very busy fall as it has also signed an LOI to acquire a 50% interest in the Salar de Turi Project — where permits and drill locations have already been selected — also from Lithium Chile Inc. 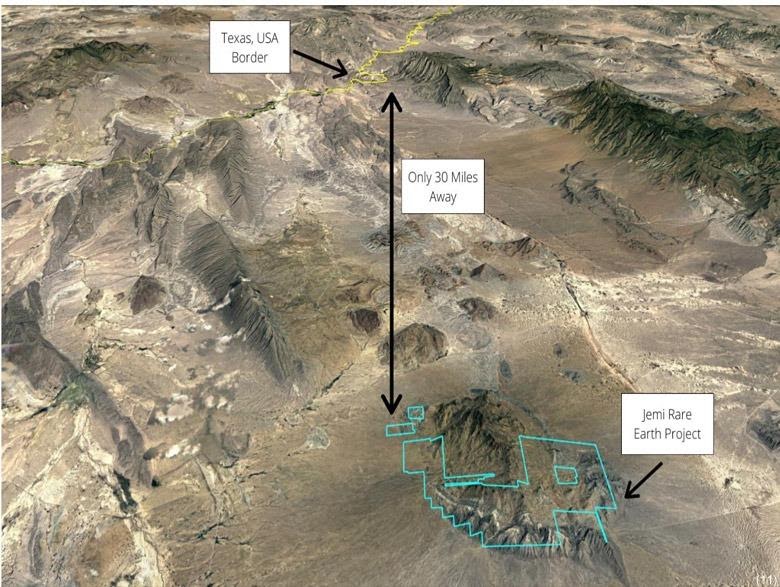 The company is following up those results with an ongoing geological mapping and sampling program aimed at narrowing down an 8 sq km area to the size of a select number of drill pads in key target areas.

Of course, lithium — aka “the white petroleum” — is the primary metal used in lithium-ion batteries for EVs… and the HREEs the company is seeking to develop at the Jemi project are used primarily in the production of high-performance magnets for EVs.

The US government recently identified lithium and select rare earth elements (REEs) as “critical metals” as part of a broad strategy to mitigate our nation’s reliance on these metals from sources deemed unstable and politically unfriendly — notably China.

To that end, President Biden has announced incentives for domestic lithium and REE producers to develop downstream processing and refining of REEs and lithium.

Additionally, a bipartisan US Senate bill has passed, making it illegal for US Defense contractors to procure REEs from China — which controls the supply of rare earth metals to the tune of about 85%.

While still early-stage, Monumental Minerals — with its multiple lithium brine projects in Chile and its Jemi HREE project in Mexico — is positioned to play a potentially significant role in lithium and REE stability and sustainability in the Americas.

If you haven’t done so already, now’s an excellent time to be checking out Monumental Minerals considering that, just in the last year or so, the spot price for lithium has increased by over 500% with select REEs turning in an equally impressive price performance.

With early-stage boots-on-the-ground exploration underway at both flagships, speculators can expect steady news flow from MNRL throughout the remainder of 2022 and well into next year.