Coverage made possible by the sponsorship of our featured companies: Click here to see more about Kutcho Copper Corp.

Kutcho Copper (TSX-V: KC)(OTC: KCCFF) — currently trading at approximately C$0.60 per share — has released an updated mineral resource estimate for its high-grade Kutcho copper-zinc project in northern British Columbia, Canada — showing an 8% increase in tonnage in the Measured & Indicated (M&I) category and a 24% increase in the Inferred category.The new estimate chimes in at a very robust 18.6 million tonnes M&I at 2.58% copper equivalent and 13.2 million tonnes Inferred at 1.59% copper equivalent — placing the project at the upper-end of the spectrum tonnage-wise for VMS deposits. 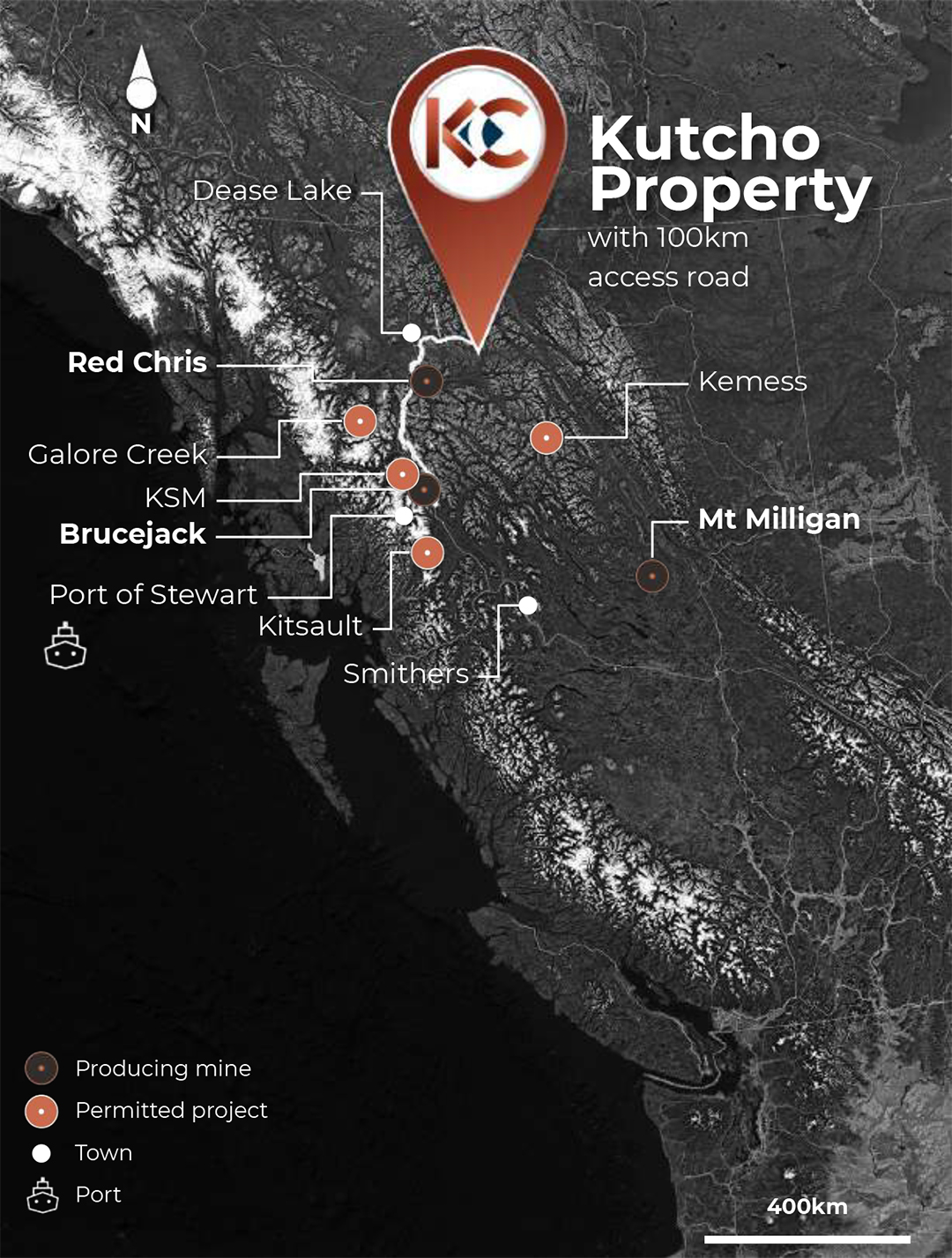 After a bit of number crunching, the new resource estimate equates to approximately 1.5 billion pounds of copper equivalent.

Kutcho Copper CEO, Vince Sorace — whom you’ll be hearing more from in a moment — commented via press release:

“We are pleased to announce an updated mineral resource estimate for the Kutcho project that incorporates the substantial work completed over the past few years, and most notably since the previous resource estimate, incorporating the improved metallurgical recoveries achieved in 2020. The updated estimate of mineral resources includes an 8% increase in measured and indicated tonnes and a 24% increase in inferred tonnes compared with the 2019 resource estimate (see company's press release dated March 4, 2019). This updated mineral resource is currently being used as the foundation for the feasibility study, which remains on track to be completed this June. In addition, there remains significant exploration potential between, below and along strike from the existing mineral resources, providing further upside opportunities to grow the size of the project.”

Those aforementioned resource expansion targets include:

Main-Sumac gap target; a 400 x 380-meter panel between the Main and Sumac lenses that’s yet to be drill-tested.

Significant portions of all 3 primary lenses which remain open down-dip outside the current resource including over 36% of the strike length of the Main deposit, 50% of Esso, and 100% of Sumac.

Esso West expansion target; situated 300 meters west of the high-grade Esso deposit where just 150 meters of a 1,500-meter-long geophysical anomaly has been drill-tested.

Footwall Zone target; situated beneath the Main Zone and representing a stacked massive sulphide horizon that’s open in all directions.

The Kutcho team intends to explore those zones, among others, with the aim of adding tonnage to an already large, high-grade copper-dominant deposit. 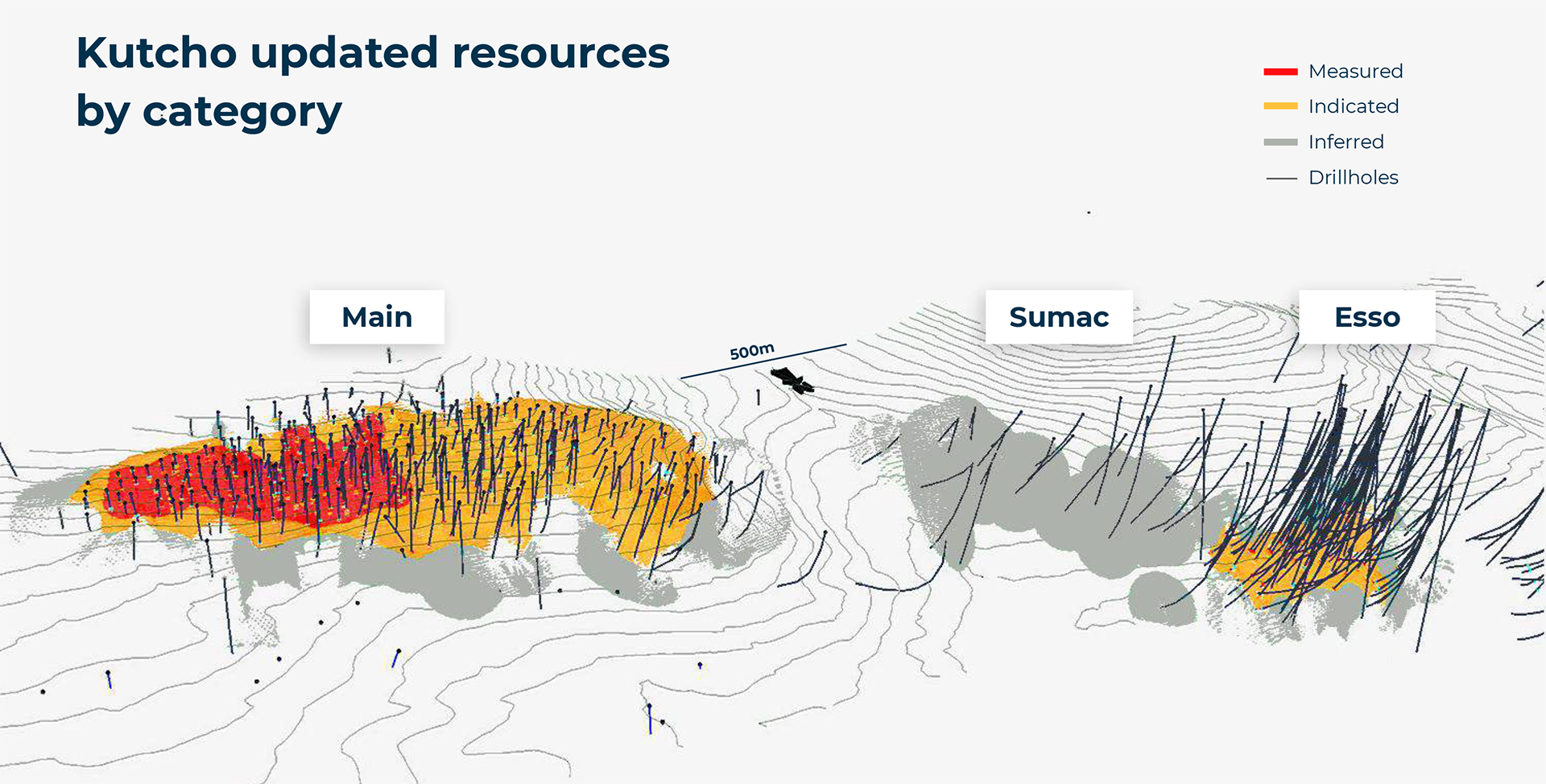 Management is also making solid progress on its forthcoming feasibility study due out in June of this year.

As you may recall, the company’s 2017 prefeasibility study on the Kutcho project produced an after-tax net present value (NPV) of C$265 million and an IRR of 27.6% — all done at much lower copper prices of US$2.75 per pound.

Copper, as you know, has been on a tear of late — reaching 8-year highs above US$3.75 per pound on renewed prospects for a robust stimulus package under the new Biden administration.

There’s still, of course, plenty of near-term hurdles ahead for the company including raising additional funds and going through what can oftentimes be an arduous permitting process.

Our own Gerardo Del Real of Junior Resource Monthly sat down with Kutcho Copper CEO, Vince Sorace, to discuss the newly updated resource estimate, the potential for significant resource expansion by way of the drill, and the plans and process for the upcoming feasibility study at Kutcho. Listen to the interview here (transcript available).

Be sure to also click here for our most recent report on Kutcho Copper.