VANCOUVER, BC / ACCESSWIRE / February 9, 2022 / Hannan Metals Limited ("Hannan" or the "Company") (TSXV:HAN)(OTC PINK:HANNF) is pleased to provide an update on exploration programs at the 100%-owned Valiente copper-gold porphyry project in central Peru (Figures 1 and 2).

Michael Hudson, CEO, states "Hannan has established a vast first mover position at the new Miocene-aged Valiente district in the Andes over 140 km of strike, with intense veining and alteration of float and outcrop associated with intrusive clusters. These are coincident with large scale geochemical stream sediment anomalies that provide a compelling set of exploration criteria.

"With 244 sq km of mining concessions now granted within a much larger tenure position, we have been able to work more closely with local stakeholders to plan and undertake the first detailed exploration on the project. We have moved quickly to identify a large and robust copper in soil anomaly over a large area, coinciding with an airborne magnetic high anomaly as well as gold being collected by artisanal miners down-stream. This in itself is a significant find, but also demonstrates the serious exploration opportunity presenting itself across the larger 140 km x 50 km Valiente project area. For a team of mineral explorers, it does not get a lot better than this at this stage of exploration. We look forward to working closely with all stakeholders as we work up this and other targets in the project area with multiple field teams active."

Field work will focus in an area of 5 km x 5 km (Figure 3) with the aim to identify and expand the source areas to the Cu-Au mineralization by soil sampling, stream sediment sampling and systematic mapping in creeks over the next months. The work will be carried out with local support.

Hannan also plans to fly an extensive 200-metre-spaced airborne magnetic survey over the entire 1,164 sq km Valiente project area in mid-2022. Initial permitting for this work is now underway. The area was previously surveyed in 2013 by a PeruPetro fixed wing airborne magnetic survey at 700 metre line spacing. These data show strong correlation between magnetic high anomalies and anomalous Cu-Au-Mo samples (Figure 3). The country rock to the intrusive is non-magnetic and Hannan therefore believes the magnetic anomalies represent previously unrecognized mineralized porphyry bodies over a large area that were emplaced post the formation of sedimentary rocks and Andean inversion.

The Valiente Copper-Gold Porphyry Project is located 300 km south of the 100%-controlled San Martin Hannan sediment-hosted copper-silver project, and is defined by a previously unknown Miocene metallogenic belt within a 140 km x 50 km area, where potential mineralization is concealed under vegetation and thin soils. Reconnaissance work by Hannan during 2021 identified multiple target areas and the Company has subsequently staked a commanding land position. Hannan has granted and pending application for 1,164 sq km in this area (Figure 2) and is working closely with local stakeholders and regional government to plan the next steps on the project now that 25 mining concessions for 244 sq km have been granted.

The area comprises shallow marine to continental sedimentary rocks of Upper Permian to Miocene age that have experienced considerable WNW-ESE-directed shortening, though folding and thrusting, during multiple events of Andean deformation.

Trace element geochemistry and porphyry prospectivity plots of Sr, Y and MnO supports the prospectivity of Cu-Au intrusive samples at Valiente. Work by Hannan indicates alkalic foid syenite to quartz monzonite composition (Middlemost,1994) intrusions, commonly associated with porphyry copper-gold deposits globally, that intruded the deformed sedimentary package during the early to mid-Miocene, some 140 km east of the magmatic arc in the Peruvian Cordillera of the same age.

Outside of Belen, regional exploration has identified seven porphyry/skarn targets with associated coincident Cu-Au-Mo-Ag and lesser Pb-Zn-Sn-W anomalism from multiple datasets including stream sediment, outcrop and boulder geochemical sampling, geological mapping and regional airborne magnetics. The entire area is under thin cover, and it is estimated that <1% of the bedrock outcrops.

All mineralized samples were collected by Hannan geologists. Samples were transported to ALS in Lima via third party services using traceable parcels. At the laboratory, rock samples were prepared and analyzed by standard methods. The sample preparation involved crushing 70% to less than 2mm, riffle split off 250g, pulverize split to better than 85% passing 75 microns. The crushers and pulverizes were cleaned with barren material after every sample. Samples were analyzed by method ME-MS61, a four acid digest preformed on 0.25g of the sample to quantitatively dissolve most geological materials. Analysis is via ICP-MS. Channel samples are considered representative of the in-situ mineralization samples and sample widths quoted approximate the true width of mineralization, while grab samples are selective by nature and are unlikely to represent average grades on the property.

All soil samples were collected by Hannan geologists using an in-house protocol for soil sampling in jungle areas. The samples were subsequently analyzed with a portable XRF deploying a protocol developed by Hannan for the San Martin project. The method is designed to minimize risk of contamination and ground disturbance. In most cases the sample media is the "B-horizon" of the soil profile. Only 100g of sample material is collected from each site. From the soil sample a pellet is being produced which is dried and analyzed by a portable XRF (pXRF). Certified reference material, blanks and field duplicates are routinely added to monitor the quality of the pXRF data. In addition, 10% of all samples are submitted to ALS in Lima for 4-acid ICP-MS analysis to check the quality of the pXRF data.

Hannan Metals Limited is a natural resources and exploration company developing sustainable resources of metal needed to meet the transition to a low carbon economy. Over the last decade, the team behind Hannan has forged a long and successful record of discovering, financing, and advancing mineral projects in Europe and Peru. Hannan is a top ten in-country explorer by area in Peru.

Mr. Michael Hudson FAusIMM, Hannan's Chairman and CEO, a Qualified Person as defined in National Instrument 43-101, has reviewed and approved the technical disclosure contained in this news release.

Forward Looking Statements. Certain disclosure contained in this news release may constitute forward-looking information or forward-looking statements, within the meaning of Canadian securities laws. These statements may relate to this news release and other matters identified in the Company's public filings. In making the forward-looking statements the Company has applied certain factors and assumptions that are based on the Company's current beliefs as well as assumptions made by and information currently available to the Company. These statements address future events and conditions and, as such, involve known and unknown risks, uncertainties and other factors which may cause the actual results, performance or achievements to be materially different from any future results, performance or achievements expressed or implied by the statements. These risks and uncertainties include but are not limited to: the political environment in which the Company operates continuing to support the development and operation of mining projects; the threat associated with outbreaks of viruses and infectious diseases, including the novel COVID-19 virus; risks related to negative publicity with respect to the Company or the mining industry in general; planned work programs; permitting; and community relations. Readers are cautioned not to place undue reliance on forward-looking statements. The Company does not intend, and expressly disclaims any intention or obligation to, update or revise any forward-looking statements whether as a result of new information, future events or otherwise, except as required by law. 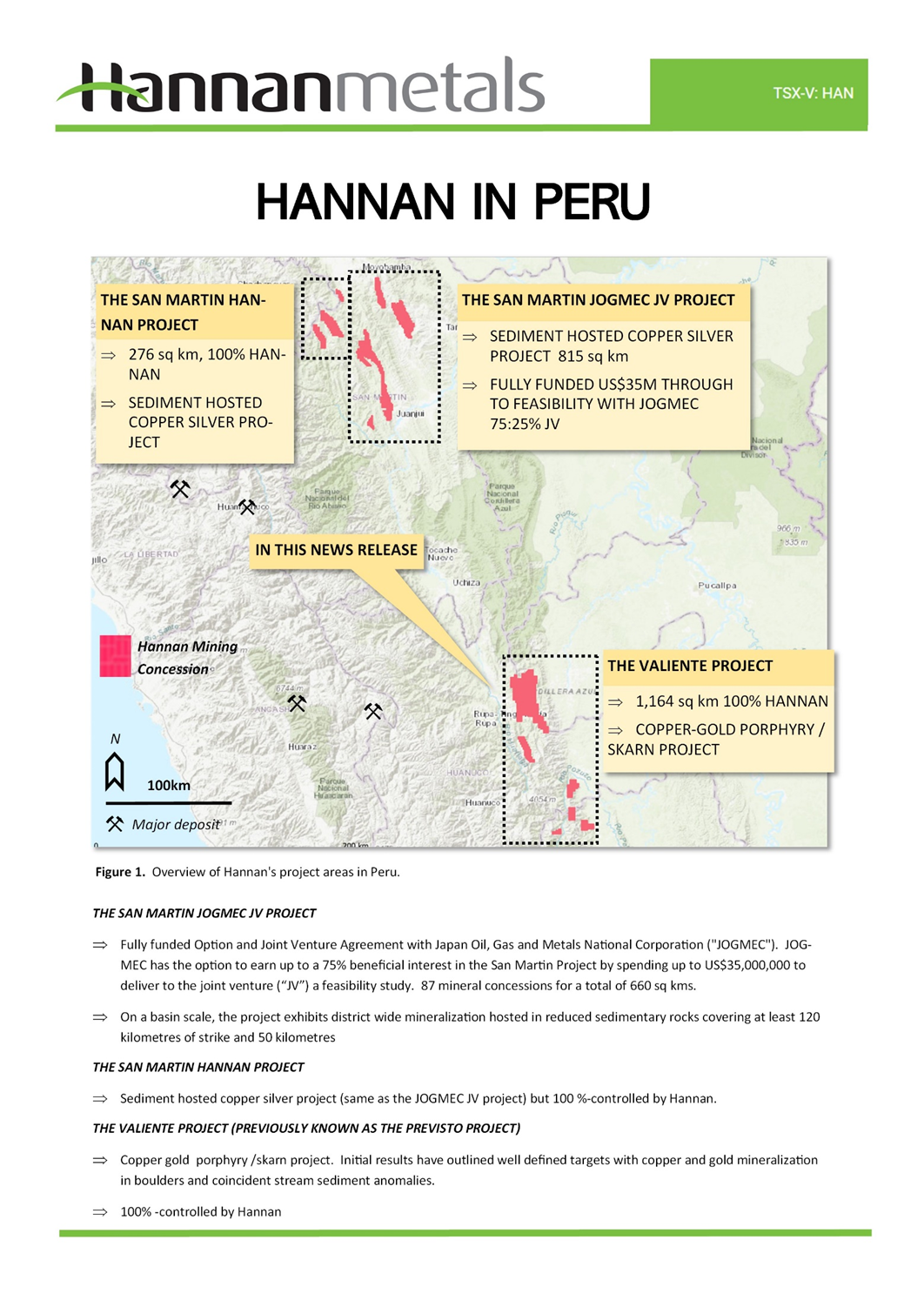 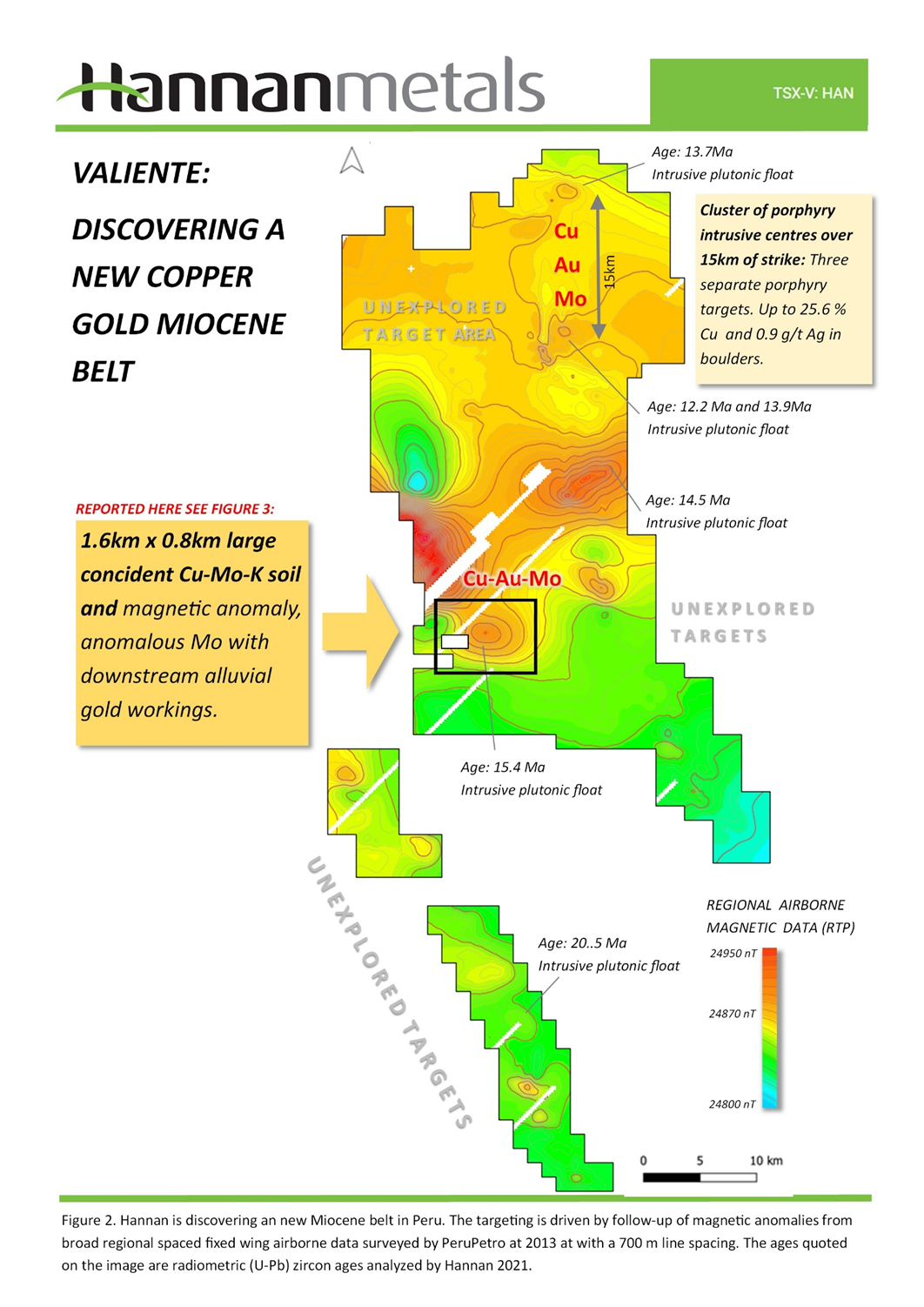 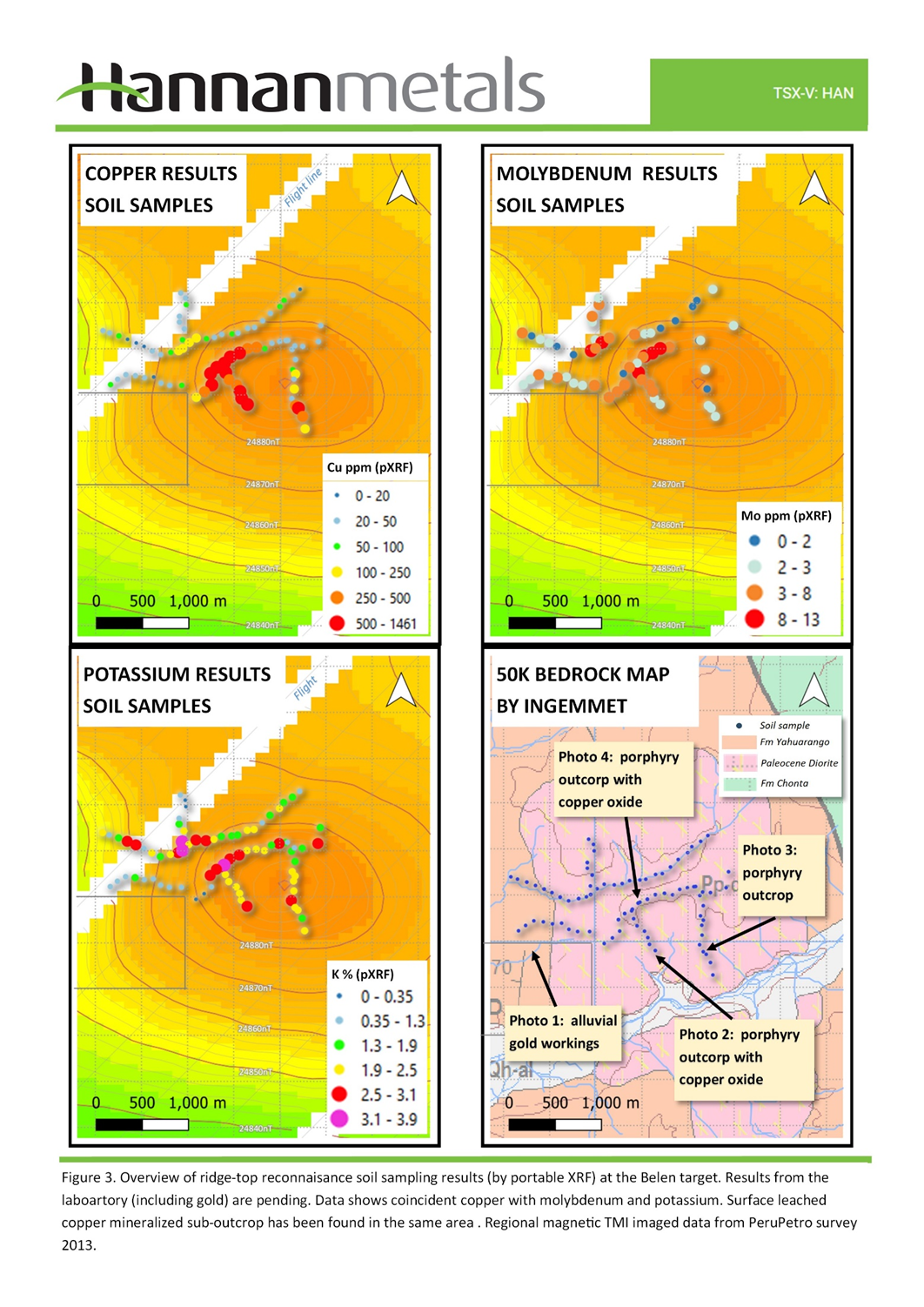 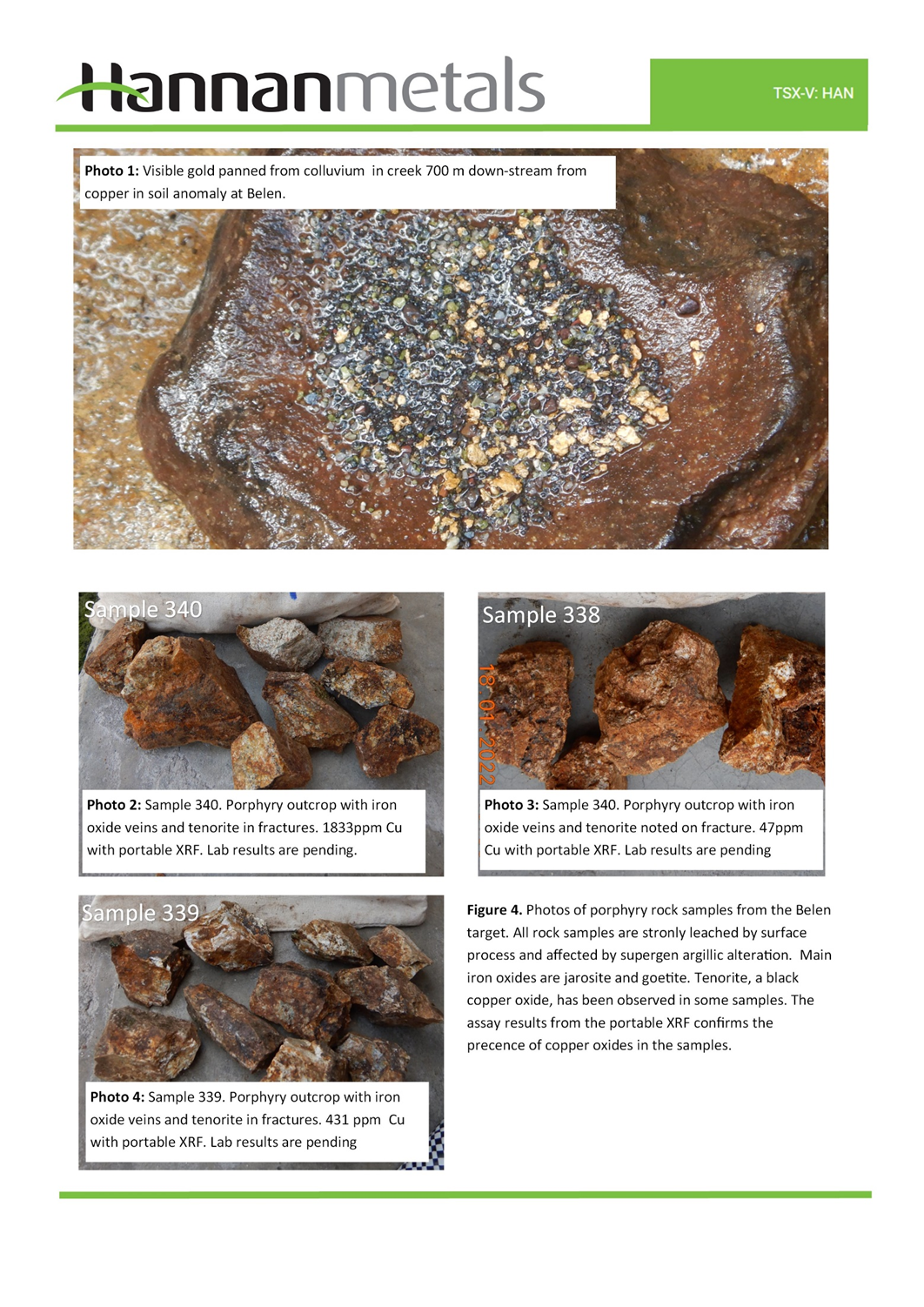