This news release constitutes a "designated news release" for the purposes of Nomad's prospectus supplement dated June 22, 2021, to its short form base shelf prospectus dated September 30, 2020

MONTREAL, Dec. 8, 2021 /CNW Telbec/ - Nomad Royalty Company Ltd. ("Nomad" or the "Company") (TSX: NSR) (NYSE: NSR) is pleased to announce that it has entered into a gold purchase agreement with Ivanplats (Pty) Ltd. ("Ivanplats" or "Seller"), which is 64% owned by Ivanhoe Mines Ltd. ("Ivanhoe" or "Seller"), and is the owner of the tier-one Platreef palladium-rhodium-platinum-nickel-copper-gold project located in Limpopo, South Africa ("Platreef"). Nomad will provide $75 million in gold stream funding to Ivanplats as part of a $200 million gold stream ("Gold Stream") co-investment with Orion Mine Finance ("Orion"). Orion will also separately provide $100 million under a Palladium and Platinum stream for total stream funding of $300 million to Ivanplats to fund a large portion of the phase 1 capital costs for Platreef, with initial production scheduled in 2024. All figures quoted herein are in United States dollars unless otherwise indicated. 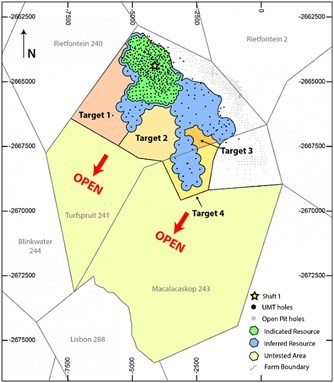 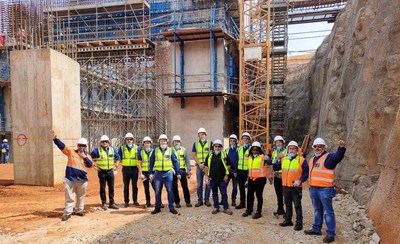 Under the terms of the Gold Stream, Nomad and Orion ("Stream Purchasers") will make up-front cash payments totalling $200 million and will receive an aggregate total of 100% of payable gold production (37.5% attributable to Nomad) until 350,000 ounces have been delivered (131,250 attributable to Nomad), after which the stream will be reduced to 80% of payable gold production (30% attributable to Nomad) until an aggregate of 685,280 ounces of gold have been delivered to the Stream Purchasers. The Gold Stream will be based on all recovered gold from Platreef, subject to a fixed gold payability of 80%. The Stream Purchasers will make ongoing payments equal to the lower of the market price of gold or $100/oz.

Vincent Metcalfe, CEO of Nomad commented, "Ivanhoe is an established, experienced and proven mine operator and developer. Nomad is thrilled to partner with Ivanhoe to provide the financing needed to develop one of the best known precious and green metals deposit in the world. Having the ability to support the construction of Platreef in becoming a leading producer of "green metals" critical for many clean technologies ties well with Nomad's values of supporting the transition to a green economy. With a reserve life of over 30 years, we expect the Platreef gold stream will be a long-term cornerstone asset for Nomad."

ESG
Nomad is dedicated to promoting responsible mining practices and supporting the communities where we live and operate. By joining the United Nations Global Compact on December 15, 2020, Nomad committed to voluntarily aligning its operations and strategy with the ten universally accepted principles in the areas of human rights, labour, environment and anti-corruption.  Nomad strives to be a leader in ESG by investing in both direct and indirect sustainable development initiatives, aligned with the Sustainable Development Goals important to our business. As such Nomad plans to focus on Quality Education; Gender Equality; Clean Water and Sanitation; and Climate Action.

ABOUT THE PLATREEF PROJECT
The Platreef Project is owned by Ivanplats (Pty) Ltd, which is 64%-owned by Ivanhoe Mines. A 26% interest is held by Ivanplats' historically-disadvantaged, broad-based, black economic empowerment ("B-BBEE") partners, which include 20 local host communities with approximately 150,000 people, project employees and local entrepreneurs. Ivanplats reached Level 4 contributor status in its most recent verification assessment on the B-BBEE scorecard. A Japanese consortium of ITOCHU Corporation, Japan Oil, Gas and Metals National Corporation, and Japan Gas Corporation, owns a 10% interest in Ivanplats, which it acquired in two tranches for a total investment of $290 million.

The Platreef Project hosts an underground deposit of thick, platinum-group metals, nickel, copper and gold mineralization on the Northern Limb of the Bushveld Igneous Complex in Limpopo Province – approximately 280 kilometres northeast of Johannesburg and eight kilometres from the town of Mokopane.

On the Northern Limb, platinum-group metals mineralization is primarily hosted within the Platreef, a mineralized sequence that is traced more than 30 kilometres along strike. Ivanhoe's Platreef Project, within the Platreef's southern sector, is comprised of two contiguous properties: Turfspruit and Macalacaskop. Turfspruit, the northernmost property, is contiguous with, and along strike from, Anglo Platinum's Mogalakwena group of mining operations and properties.

Since 2007, Ivanhoe has focused its exploration and development activities on defining and advancing the down-dip extension of its original discovery at Platreef, now known as the Flatreef Deposit, which is amenable to highly-mechanized, underground mining methods. The Flatreef area lies entirely on the Turfspruit and Macalacaskop properties that form part of the company's mining right.

ABOUT IVANHOE MINES LTD.
Ivanhoe Mines Ltd. is a Canadian mining company focused on advancing its three principal joint-venture projects in Southern Africa: the development of major new, mechanized, underground mines at the Kamoa-Kakula discoveries in the Democratic Republic of Congo ("DRC") and at the Platreef palladium-platinum-nickel-copper-rhodium-gold discovery in South Africa; and the extensive redevelopment and upgrading of the historic Kipushi zinc-copper-germanium-silver mine, also in the DRC. Kamoa-Kakula and Kipushi will be powered by clean, renewable hydroelectricity and will be among the world's lowest greenhouse gas emitters per unit of metal produced. Ivanhoe also is exploring for new copper discoveries on its wholly-owned Western Foreland exploration licences in the DRC, near the Kamoa-Kakula Project.

QUALIFIED PERSON
Vincent Cardin-Tremblay, P. Geo., Vice President, Geology of Nomad is the "Qualified Person" as defined in NI 43-101 who has reviewed and approved the technical content of this news release.

ABOUT NOMAD
Nomad Royalty Company Ltd. is a gold & silver royalty company that purchases rights to a percentage of the gold or silver produced from a mine, for the life of the mine. Nomad owns a portfolio of 15 royalty and stream assets, of which 8 are on currently producing mines. Nomad plans to grow and diversify its low-cost production profile through the acquisition of additional producing and near-term producing gold & silver streams and royalties. For more information please visit: www.nomadroyalty.com.

Certain statements contained in this press release may be deemed "forward-looking statements". All statements in this release, other than statements of historical fact, that address events or developments that Nomad expects to occur, are forward looking statements. Forward looking statements are statements that are not historical facts and are generally, but not always, identified by the words "expects", "plans", "anticipates", "believes", "intends", "estimates", "projects", "potential", "scheduled" and similar expressions, or that events or conditions "will", "would", "may", "could" or "should" occur including, without limitation, the satisfaction of all conditions precedent for funding the First Deposit and Second Deposit under the Gold Stream and the realization of the anticipated benefits of this transaction. Although Nomad believes the expectations expressed in such forward-looking statements are based on reasonable assumptions, such statements are not guarantees of future performance and actual results may differ materially from those in forward looking statements. Factors that could cause the actual results to differ materially from those in forward-looking statements include, the impossibility to proceed with or the timing for the closing of the First Deposit and/or Second Deposit, the timing for the development of Platreef, including for the first concentrate production, the changeover of the shaft 1 and the construction of the shaft 2, the timing for the delivery of a definitive feasibility study on Platreef, the timing for the delivery and use of emissions-free battery-electric underground fleet at Platreef, the achievement of the estimated production rates at Platreef, the amount of estimated reserves and resources at Platreef, the potential expansion of the Platreef project, the estimated life of mine for Platreef, the fluctuations in the prices of the primary commodities that drive royalty and stream revenue, Nomad's royalty and stream interests, access to skilled consultants, results of mining operations, exploration and development activities for properties with respect to which Nomad holds a royalty or stream, uninsured risks, regulatory changes, defects in title, availability of personnel, materials and equipment, timeliness of government or court approvals, actual performance of facilities, equipment and processes relative to specifications and expectations, unanticipated environmental impacts on operations, market prices, continued availability of capital and financing, general economic, market and business conditions, risks relating to the Gold Stream and its completion; and the absence of any other factors that could cause actions, events or results to differ from those anticipated, estimated or intended. Nomad cautions that the foregoing list of important factors is not exhaustive. Investors and others who base themselves on the forward-looking statements contained herein should carefully consider the above factors as well as the uncertainties they represent and the risks they entail. Nomad believes that the expectations reflected in those forward-looking statements are reasonable, but no assurance can be given that these expectations will prove to be correct and such forward-looking statements included in this press release should not be unduly relied upon. These statements speak only as of the date of this press release. Nomad undertakes no obligation to publicly update or revise any forward-looking statements, whether as a result of new information, future events or otherwise, other than as required by applicable law.