Is this “it” for uranium?

The market is incredibly thin and incredibly opaque. So back then, just one mine flooded and sent the spot price of uranium to a record.

It went up to around $140 a pound and you saw a wave of uranium stocks go up significantly.

And then Fukushima happened.

Everybody said that nuclear reactors were bad. And we said, no, they're not. But that didn't really matter. Japan shut them down. Germany shut them down.

It was a psychological scar on the industry for a decade basically. 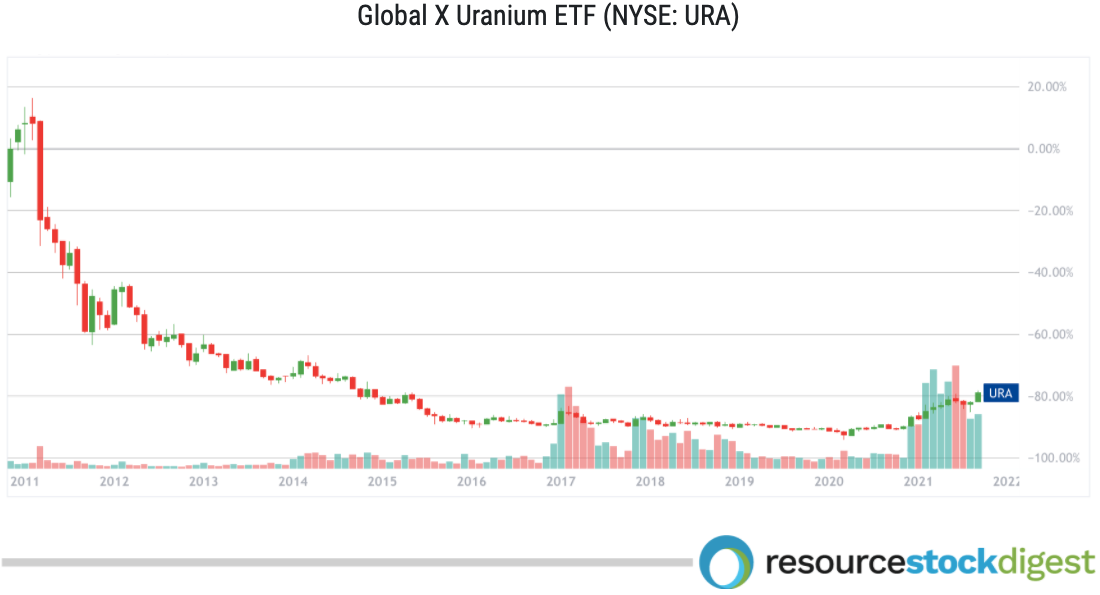 And, all the while people are saying the price has to go up. The price of uranium has to go up, but, nonetheless it went to record lows somewhere down around $20 a pound, if not a couple of bucks below that at its ultimate lowest.

The important points are that you can't mine uranium at that price. You need at least $50 for most uranium projects across the world to work.

We knew that uranium was going to be embraced as a clean energy technology. That took a lot longer than expected.

But governments across the world are having their come-to-Jesus moment and realizing that they can't meet these climate goals without nuclear energy. So it's getting political backing now.

You saw a big fusion announcement in the past few weeks. Small modular reactors are now getting built. Biden is extending the life of nuclear plants.  Nuclear is politically doable again.

But the sector needed a spark. Everyone's been saying the utilities are going to come back in because they have to, but they haven't for whatever reason — the contracts haven't expired yet, they can refine enough in the secondary market, you can source it now from sands, sort of like you can source rare earths from sands and then refine them that way.

Anyway, here comes Sprott with its physical uranium trust starting to use its $300 million to buy uranium. It seems like the catalyst.

I don't know if this is it or not, but I do know that if it's a headfake — if it's a false wave — it's the biggest false wave we've seen yet.

The spot price is still only $40, but it's been “absolutely ripping” if there is such a thing for commodity prices. 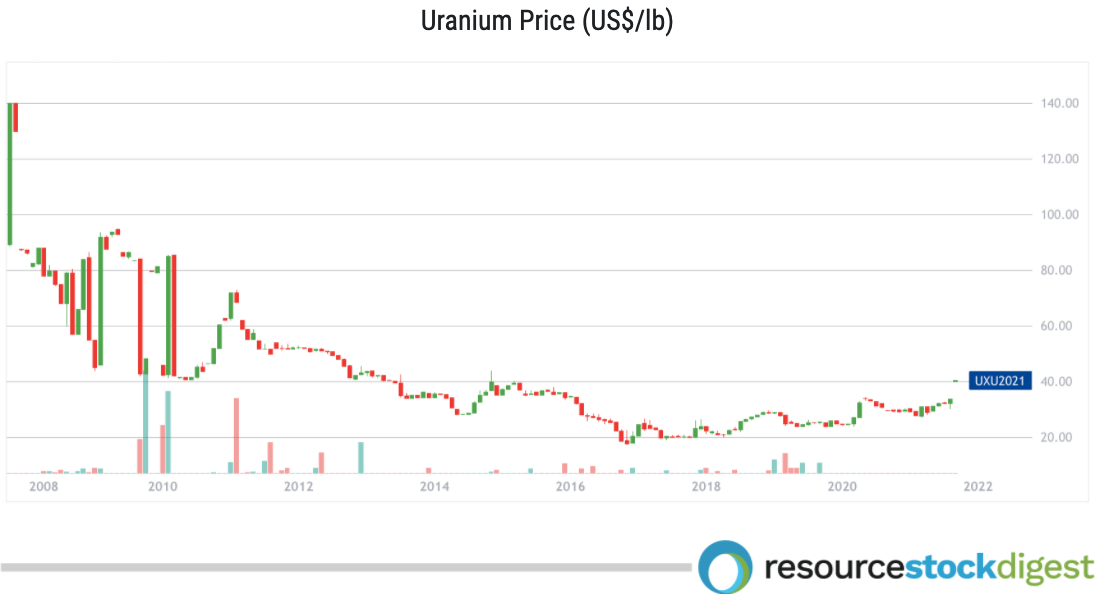 A move from $30 to $40 as fast as this one has come simply hasn’t happened in the past few years.

We have a new uranium recommendation here.

Nick Hodge is the co-owner and publisher of Resource Stock Digest. He's also the founder and editor of Foundational Profits, Family Office Advantage, and Hodge Family Office . He specializes in private placements and speculations in early stage ventures, and has raised tens of millions of dollars of investment capital for resource, energy, cannabis, and medical technology companies. Co-author of two best-selling investment books, including Energy for Dummies, his insights have been shared on news programs and in magazines and newspapers around the world.