Coverage made possible by the sponsorship of our featured companies: Click here to see more about Aldebaran Resources

Gerardo Del Real: This is Gerardo Del Real with Resource Stock Digest. Joining me today is the CEO of Aldebaran Resources, Mr. John Black. John, we were joking off air about what an interesting week it's been. Obviously challenging and volatile markets. You had some news out, so I want to thank you for taking time today because I thought a bit of context in light of the overall selloff in the market was important. So thank you for coming on. 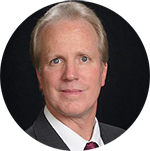 John Black: My pleasure Gerardo and good to catch up with you. It is kind of crazy times, but presents opportunities for those that are looking down the road here.

Gerardo Del Real: Absolutely. Let's start with that. Let's talk about those that are looking down the road. We know that shares in the company tend to be volatile because frankly, the shares are so tightly held, right? Multiple groups own the majority of the shares, and it was interesting to me that one of those very supportive groups just decided they would be exercising warrants at a strike price of 70 cents, which is of course, above where the stock is trading today. That's going to bring in, I believe some $2.5 million. That'll happen here within the next week. I thought that was extremely positive as it tops off the treasury. You have, I believe, four rigs turning now, and you just had some pretty solid, not spectacular, but some pretty solid results that point to being in the right neighborhood for significant mineralization. You want to touch on those topics there?

John Black: Yeah, I think you captured it pretty well there really. One of the very important things that we put out on the news yesterday was, is just that, that we have good support from our shareholder base. And those of us in management are participating as well. It gives us the flexibility to complete our drill program right now, and not necessarily go to market to look for additional funding when things are so just choppy and topsy turvy right now. When we get into markets like this, a thinly traded stock like ourselves can easily take a big drop out. It's on very low volume. It doesn't take us much to get back to where we should be once things are stabilized. So that allows us to keep going, complete this program. We're drilling with four rigs right now.

It is getting late in the season. We're in the Southern Hemisphere. So we're in opposite seasons for most of us, and it's starting to get a little bit cold, but the snow is staying away, and we plan to drill to about the middle of June. So between additional drilling to come, as well as a lot of drilling that's been completed without assays back yet, we'll have quite a lot of data to come over the next couple of months still.

Gerardo Del Real: I want to touch on Hole 44, right? You would've thought that judging by the stock's reaction, and again, I know, being thinly traded, that cuts both ways. That can quickly turn in the other direction. But you hit a hundred meters of 1.15 grams per tonne gold from 13 meters. And then there were two holes that you describe as deviating. There were significant deviations during drilling, which caused two of those holes to miss the intended targets. But even those two had 804.4 meters of 0.44% copper equivalent and 593 meters of 0.38% copper equivalent from 546 meters and 142 meters respectively. Can you speak on these results and then set the table for what comes next?

John Black: Yeah, exactly. We reported three holes in this release and all three holes hit nice long runs of copper-gold mineralization at depth, which is the primary target. As you mentioned, 44, as we were traversing down to test that targeted depth, we went through a known gold zone on the surface, which currently hosts a small gold resource of about 600,000 ounces of gold in a modeled open pit geometry on the surface. We drilled through that and we encountered higher grades than were expected on that. So, nice pleasant surprise and better grades than normal on the top part of that. But then we hit that long run of mineralization at depth and both holes, 44 and 46, were on the southwestern margin of the known system right now. And it looks like what we're doing is we're defining that southwestern margin.

We're still in long runs of grade, but the grade's lower than what we anticipate in the main portion of the deposit, what we've reported in some previous holes. And the holes deviated. We're finding that with the drilling company we're using, the drilling rigs we're using on the project this year, the holes tend to curve. All holes move around a little bit when you're drilling deep holes. They've curved a little bit farther off target than we'd hope they would, but still remain in mineralization to the bottom of the hole. So it's good volume building drill results. They're not the results that we anticipate we'll see back in the main part of the system. And as I mentioned, we'll have quite a few more holes to come here in the future, which we anticipate we’ll see better results in.

Gerardo Del Real: You have four rigs turning. This program is fully funded. You already have a world class copper-gold resource. You're onto a pretty significant gold discovery, and there's tons of news flow coming down the pipeline. I can't wait to have you back on and see some of those assay results. And I think obviously with the recent pullback, this presents a heck of an opportunity for everybody out there. Anything to add to that, John?

John Black: No, you've really captured it there. I mean, we're set up for a very major bull market in base metals, particularly in copper, as we go forward. Things like supply issues related to the pandemic response in China, those will be resolved. And I think all the major mining companies are looking through that. The market gets caught up into it in the short term here a little bit, but that just produces a heck of an opportunity for people to come in and position themselves well with groups like ourselves that have large resources that will become very important for us to be able to see electrification of most things we do in our life going forward. So great opportunity for those with cash on hand to deploy it and pick up some pretty good deals with companies right now.

Gerardo Del Real: Well said. Thanks for your time, John.