Coverage made possible by the sponsorship of our featured companies: Click here to see more about Almadex Minerals

Gerardo Del Real: This is Gerardo Del Real with Resource Stock Digest. Joining me today is the president and CEO of Almadex Minerals, Dr. Morgan Poliquin.

Morgan, we're overdue for a catch up. It is great to have you back on. How are you? 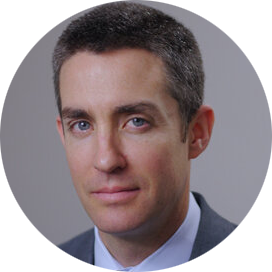 Morgan Poliquin: I'm doing great. Thanks, how about you?

Gerardo Del Real: I am well, fighting the good fight. Happy to be back at it. There's a lot going on in the Almadex universe. Drilling is underway at the Davis/Paradise Project in Nevada. That's a project that I happen to really like, and I would love to get your educated take on, but you also just announced the acquisition of 100% ownership of the Logan Zinc-Silver Project in the Yukon Territory.

And I'll be honest, Morgan, I was surprised that the market didn't notice more because there's a historic inferred resource that is pretty robust given the market cap of Almadex. And given the fact that you have 100% ownership of this project now, that being that Logan project, can you speak to that first? And then we can talk Nevada here.

Morgan Poliquin: Sure, thank you for that. Well, the Logan Project is a pretty special project. It's been around for quite some time and it's been kind of locked up with a partner that was a majority partner that kind of went through a bankruptcy sort of situation. So it's been something we've been working at getting back into the fold and so we were able to do that and have 100% interest in it. So, as you say, it's got a significant historic zinc silver resource located in the Yukon, and we're really excited to bring it to the fore and get working on it again.

Of course, zinc today is a really important commodity and many countries consider it a strategic metal and important in greening of the economy. And so it's a great asset and it comes with silver as well as you noted. So just got it back and plan to push it forward this summer.

Gerardo Del Real: Well, let me get into that historic inferred resource. And again, this was prepared in 2012 for the Logan main zone and it consists of 42.7 million tonnes with average grades of 2.76% zinc and 12.89 PPM silver at a 1% zinc cutoff grade. I should note, and I think it's important to note that there's been pretty extensive metallurgical work that was positive conducted on this project, is that accurate Morgan?

Morgan Poliquin: Yeah, it was discovered in the '80s and quite a bit of work was done. A predecessor company to our group, Almadex, had the project and it was joint ventured to an oil company, Getty Oil. And at the time they did quite extensive work, including the several stages of historic resource development work, drilling of course, and metallurgical work.

And then it was kind of in limbo for a period of time after a company called Yukon Zinc, that was our majority partner, was taken over by some Chinese based consortium and they put a different deposit, not this one, into production somewhere else in Yukon and ran into some financial issues there. So it's sort of been locked up for quite a while, as I said before.

So this historic resource has been updated, but there's been really no work since the discovery period in the '80s. And it's one of these what I would call kind of maybe hidden gems in our portfolio.

Gerardo Del Real: Let's talk about the Davis/Paradise Project in Nevada. I mentioned that's a project that I also really like, drilling has commenced there, is that accurate?

Morgan Poliquin: We've commenced drilling there, and it's a big project and there're multiple things we'd like to test there. We've got the Davis part of the property is the portion of the property that we've optioned to the north and it adjoins the claims that we staked initially to the south, which we call Paradise. And in this Davis area, there's exposed veins. There's the Davis Vein that we're starting on. There's something called the Butler Vein System that has had historic mining. And there's another zone that's parallel to it, that is an alteration zone, a very high level alteration zone, that looks really exciting that hasn't had significant historic work on it.

And so we're underway on the Davis Vein target, but to the south, we have what we think is a high sulfidation system, which is a style of mineralization similar to the Paradise Peak Deposit, which is just across the valley from us, which was a significant producer in the '80s and '90s in this part of Nevada. And we've got indications of a potential porphyry as well, a copper porphyry with copper minerals at surface and some old turquoise workings, of all things.

So we feel that there's multiple different types of targets. And this is a first pass drill program which will go probably into July. And then we'll probably step back, wait for assays and the intention would be to go back and do a round two, so excited to get drilling on this project.

Gerardo Del Real: Well, and again, just for some context and why I really like the project, historic drilling has reported 12.2 meters of up to 6.2 grams per tonne gold and 21 grams per tonne silver. So just for people to have a bit of context on the potential that exists on the property, Morgan, where's Almadex's market cap right now?

Morgan Poliquin: Oh, well, I hate to even talk about that. What we got $17 million in cash and working capital and so we're trading at levels below that, typically. Despite the fact, we have a portfolio of royalties, exploration projects as we've discussed and assets like Logan. And we also have had quite fortunately in 2021, some revenue from our third party drilling services, which pay for a lot of the exploration we do.

Morgan Poliquin: That's the case at the moment.

Gerardo Del Real: And again, when you mention the royalties, it should be noted the royalties in the portfolio are quality royalties, the Ixtaca Project, which of course is owned and was discovered by you and owned by Almaden Minerals, is a project I still absolutely love. I know that it's had delays and it's working through being included in a lawsuit that involves not just Almaden but of course the Mexican constitution and everybody's waiting, of course, for a resolution there. But that's a project that I think will eventually become a mine. I think, that's going to end up being favorable. And I think Almaden in itself presents a pretty compelling speculation.

But Almadex has a portfolio of royalties that if all you did was become a royalty company, I think you would command a much higher valuation. We now have the Logan Project, you own your own drills, and you're drilling at other projects that you own, or have an option to earn into 100% of. So again, if you're looking for quality gold, silver, copper, and royalty exposure, it gets very tough to make a case against Almadex at these levels.

Morgan Poliquin: Well, we basically the results, the fruits really in the form of these royalties, exploration projects of decades of regional exploration. And we like to think that what we have called prospect generator in the past, which is really going out in the field and using new concepts to create projects, and then through either joint venture or advancing them yourselves or discovery, essentially, moving them into tangible assets. And of course, that's what Almadex is going to continue doing.

And it's been a period of time in the last few years that everyone knows the challenges we've been through, but I think Almadex through the sale of a royalty last year is well set up to continue doing what we've done for decades now, which is, through discovery, through the drill bit, with partners and on our own accord, make discoveries and create assets. So it really is that's the main thrust of the company and I believe that's where the true value lies is certainly we've got great assets that people can try to figure out value for. But it's the drill bit, and it's the potential to make additional discoveries that really that's what we do and that's what excites us.

Gerardo Del Real: I have to ask before I let you go, Morgan, what's next for Logan? I mean, I have to believe that you're going to have a lot of potential suitors for the project. I know it’s mired in litigation and proceedings for quite a bit. And navigating that is not something that is attractive to potential suitors. Now that's been resolved and that you have 100% ownership of it, what plans do you have for the project?

Morgan Poliquin: Yeah, thank you. Well, there's a historic resource. And I think the first step is always it's in the traditional territory of First Nations owners and our intention is to collaborate with them. But really the first step here is to look at the historic resource and get it into a current status. And that is always a first step to potentially doing what's called a preliminary economic analysis or PEA, which is capable of demonstrating the value, in some sense. It's preliminary, but it shows the potential economics of a project.

So those would be, first step is a resource, and then we'll decide on whether we're going to proceed with a PEA. But from my perspective, it's a great place to work with a great environment and metals that are really important to the economy right now and important with all the supply chain issues we have. So I think there well could be options out there for us to pursue, but I think the first two steps will kind of help our shareholders create a sense of the value of what we're dealing with. So we'll start with looking at doing a resource and go from there.

Gerardo Del Real: Well said, Morgan, thank you so much for that thorough update. It's appreciated as always.

Morgan Poliquin: Well, thank you very much. As always, it's nice to talk to you and look forward to updating everyone when we have more news.