Coverage made possible by the sponsorship of our featured companies: Click here to see more about Bravo Mining

Gerardo Del Real: This is Gerardo Del Real with Resource Stock Digest. Joining me today is the independent lead director for Bravo Mining — Dr. Nicole Adshead-Bell. Nikki, how are you today? 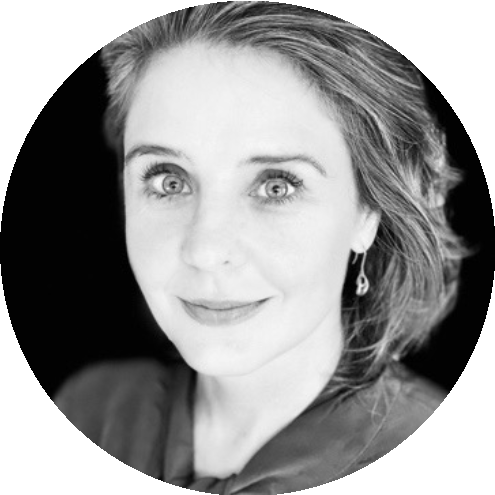 Dr. Nicole Adshead-Bell: I'm very well, Gerardo. How are you?

Gerardo Del Real: I am well. The last time you and I spoke, I was very clear about how biased I am with Bravo. I'm a shareholder. I'm a very happy shareholder. And I get happier with every news release.

You just announced that the massive sulphide game-changing — which is what I'm calling it — discovery also returned some high-grade PGMs along with the other metals, right? We knew about the nickel… we knew about the copper. This is a new style of mineralization than what we've seen at the Luanga project.

Can you speak to that a bit? And then, I'm going to ask you about the drill program and how that's coming along.

Dr. Nicole Adshead-Bell: Sure, yes. It was a game-changer, and we've been having some meetings in Toronto this week and everyone's been saying, ‘Well, how did the discovery occur?’ And it was simply infill drilling between two holes that were 200 meters apart.

And so not necessarily a lot of geological wizardry but as our president Simon Mottram says is that we knew that these were higher-grade zones, and we are infilling the very widely spaced drilling program that was completed by Vale back in the early-2000s. And we were very fortunate enough that no one had discovered this before because I don't think we would have the asset today if they had.

And so, as you said, a very different style of mineralization; spectacular intersection: 11 meters of 2.04% nickel and 1.3% copper. And then, we released the PGMs. And people might be wondering why we released the PGMs separately. The reason is that assaying for PGMs takes a lot longer, particularly for rhodium, than assaying for nickel and copper. And so that's why there was a bit of a gap.

And we didn't really know… there's not necessarily a correlation between high copper and this type of mineralization at Luanga. But in between, we didn't really know what to expect, and so to hit 4.24 grams per tonne of combined palladium — and most of it is palladium, platinum, rhodium, and gold — was a very, very nice surprise to say the least.

And in our press release yesterday, we also stated that we've now completed four step-out holes. They're 15 meters to the north of that drill hole 47 and 50 meters to the south. So two holes in each line where we've hit visuals of semi-massive sulphides. And so those holes are now in the lab awaiting processing.

So everything is looking pretty favorable. And I must say, too, I'm biased, obviously, as both lead director but also as a sizable and very happy shareholder. In fact, directors keep getting restricted, obviously, because we've got a pretty continuous stream of news flow. And so myself and our CEO, Luis Azevedo, have stepped into the market a number of times when we can this year. So we are still feeling very, very positive about things.

Gerardo Del Real: So just to be clear, the two diamond drill holes that were located 50 meters north and south have also hit visual massive sulphide mineralization. Is that correct?

Gerardo Del Real: Excellent. Now I have to ask, Nikki, how are you vectoring in and how do you vector in on a target like this? You have an 8.1 kilometer mineralized strike. I can't believe it's all luck on the infill holes here 200 meters from the historic holes.

How do you vector into this kind of target, and then how do you develop it now that, clearly, you're onto something that I think is pretty special?

Dr. Nicole Adshead-Bell: Yeah, so the initial strategy is to simply confirm and demonstrate the historic Vale resource, which was 142 million tonnes at 1.24 grams combined PGMs excluding rhodium. So that's very important. We are assaying for rhodium continuously. Now, we’ve understood as we've been going through the Vale data that they did not always assay for rhodium, hence rhodium was not included in the resource estimate.

And just as a reminder, lots of people don't know that much about rhodium but it's an incredibly high-value commodity. It's currently trading around $13,500 per ounce. So small amounts of rhodium can have a very material impact.

So what we are doing is infilling. We thought there was potential for massive sulphide zones and probably hit that a lot earlier than what we thought. But how you find massive sulphide is it's dense and it has a strong EM response.

So we are drilling around this initial discovery… so those two lines 50 meters to the north and south. Then, we are moving the drill rigs away, and we have started, in the next week, we've got the EM team onsite and we are doing detailed EM surveying across the northern part of the project and downhole EM on those five holes that we have drilled to-date.

And so what EM does is it will show where there's a sulphide body. So for example, that zone we hit, if you were to run an EM line over that, that would show up very, very strongly on EM. So EM is a great tool to use from a geophysical perspective to help vector in on these very dense zones that can have a very strong EM response. And you can't have drill rigs in the vicinity because, obviously, drill rigs have metal associated that could interfere with the signal.

And so we're also trying to be strategic. The rainy season starts in this part of Brazil in December. And so access becomes a little bit more challenging, just generally speaking, because there's a bit more water around and the north is a bit more rugged. So we're hitting the northern part of that 8.1 kilometers very hard.

We've got all the drill rigs in this area; those are getting moved away, and then the EM project starts. And then, the assessment of the EM surveys will then help us vector in in terms of how to focus future drilling to understand where these massive sulphide zones are and how big that could potentially be.

Dr. Nicole Adshead-Bell: Six rigs onsite, yes. And we had a record week last week. I think we hit almost 1,000 meters drilled in a week. So the drilling program is going very, very well. In fact, to-date we've drilled 91 holes.

We've completed almost two-thirds of the planned initial Phase-1 drill program. We've got 42 holes in the lab that we have drilled that are awaiting assay results. And we've got 8 of the Vale historical holes; they're also in the lab. So they've gone through our processing.

You obviously drill the hole… you have to look at the core… you log the core… you take all the information… and then you prepare it to be assayed. So there's some time lag. We expect to have fairly continuous news flow over the coming months. There's a lot of backed up drilling that we're awaiting results on.

Gerardo Del Real: A lot to look forward to. I look at peer comps all the time. There are peer comps with assets that I believe are inferior to Luanga with much higher market caps. So I'm looking forward to the market rerating. Nikki, thank you for your time. Anything to add to that?

Dr. Nicole Adshead-Bell: No, thank you very much for your time as well. I very much appreciate it. And we look forward, too, to the continued news coming out of Luanga. And in fact, I should be onsite later in November so I'll have a more detailed update after I visit in late-November.