Gerardo Del Real: This is Gerardo Del Real with Resource Stock Digest. Joining me today is the president of Defense Metals, Dr. Luisa Moreno. Luisa, how are you this morning? 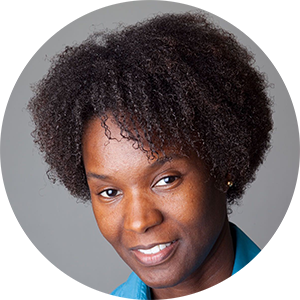 Gerardo Del Real: No, listen, it's great to have you back on. It's been a busy month. You closed out the month of April with the longest high grade intercept to date at the rare earth project. It's interesting times, geopolitically. You also just had a news release where you outlined the acid bake process, which yielded improved rare earth element recoveries at the project. And you've engaged SRK Consulting to design a pre-feasibility level geotech drilling program. A lot going on. I figured I'd check in. Could you give me some context to all the busy, busy stuff that's been going on with Defense?

Luisa Moreno: Oh yeah. So we filed the PEA back in January. And from there on, even before that, we were already thinking about the pre-feasibility. So for this reason, you see the press release related to engaging SRK and the geotechnical drilling. That's going to be an important aspect for the pre-feasibility study. And so the results that you saw on the drilling, which was really amazing. So we were so, so happy to see those large high grade intersections, and that should, we surely hope, have an impact on the size of our resource as well as the grade, so that is all positive. What we are hoping to then see is, as far as the drilling is concerned, hopefully have an impact as well on the mine life once we complete the new resource estimation and then going to the pre-feasibility study.

But back in December, even before we filed the PEA, we were already looking at ways of improving our metallurgical process. And as part of that was to test an alternative process, which is the acid bake process. So previously, and what folks find in the PEA is what is called the gangue-leach – caustic-crack process. And then in December, and to now, we are still testing. We decided to investigate the acid bake, which is more widely used, and we are having fantastic results. So it's really, really exciting. So we are with those changes, the acid bake could potentially lead to lower CapEx and OpEx, and again, improve the economics of the overall project. So it's very exciting.

Gerardo Del Real: It's clear to me from kind of the process and the order of things that you're looking to really optimize the project. I have to ask you, have you had conversations with potential suitors or partners about the project? I mean, there's not a lot of projects that are going to give you an intercept like 251 meters of 3.09% total rare earth oxide. Right?

And, again, it's clear to me that you're looking to optimize on all fronts, the recoveries, the size, and the potential scale here. How are those conversations going, if they're happening, Luisa?

Luisa Moreno: They are definitely happening. We are getting calls. And as you know, rare earths are critical and they are obviously critical for defense applications. They are used in the medical field, but they are also used in green technology. So the application in electric vehicles, which is not is not lithium ion batteries, but it is really critical for the motors, for the electric motors. And so all of that has led to different groups, some traders, some users, to really approach us and trying to really understand what stage we are in, and when is the right time to engage, and how much we can really supply to them. And for us, what we're trying to do is to bring this project to production as soon as we can, but of course, we want to derisk the project as much as possible. And so it has to be well paced, let's say.

Gerardo Del Real: Well paced. I like how you put that. What comes next, Luisa?

Luisa Moreno: Well, there's lots going on. So we will continue disclosing the results about the acid bake. And so as we indicated, we want to be able to produce and precipitate a product which is sellable and be able to share that with end users. So we will be able to do that once we build a pilot plant. So all of these tests will lead ultimately with us building the pilot plant by the third, fourth quarter. By the end of the year, we should have more results from the pilot plant. So, meanwhile, as well, we are going to be drilling. We have another 5,000 meters of drilling, and we will be putting results on that. We are looking forward to potentially continue to expand the resource and continue to see the high grades that we are seeing.

Gerardo Del Real: Pun intended, it sounds like a critical second half of the year. I'm looking forward to catching up again. I'm so thankful that you made some time for me today this morning to catch up on a lot, a lot of exciting stuff in the works. Thank you again, Luisa.

Luisa Moreno: No worries. Thank you. Thank you for having me.