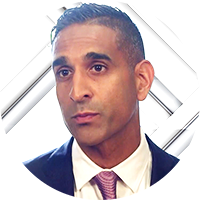 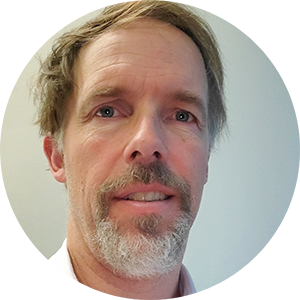 Gerardo Del Real: I'm excited to have you both on the call. Shawn, you mentioned that you're in Zurich. Clearly, the message that you are communicating has been well received. The stock has rebounded nicely here recently. You're outperforming your peers and frankly, there's not a lot of quality, pure silver plays that have just mobilized three drill rigs and are commencing a 30,000 meter resource expansion upgrade and exploration plan. So, Shawn, I want to just get your brief take and then Robert, I want to get your detailed take on the targets for this program.

Shawn Khunkhun: Well, Gerardo, if you go back two years when the first time you'd come out, you'd identified this story and you asked me to come on and what you'd identified was a little company trading at 20 something cents a share. We had a $20 million valuation and what we've done in the last two years as a team at Dolly Varden is we've transformed this company. We now have $175 million market cap. The share price is up over 300%. We've raised $45 million with investors like Eric Sprott, Hecla Mining, and other notable institutions. Gerardo, it's my goal to make this a top 10 silver equity. We currently have close to 140 million ounces of silver equivalent. That's 50% silver, 50% gold. We're in the golden triangle where we've had $5 billion worth of M&A deals. And the goal here this year is really threefold, but I'll let Rob Van Egmond, our chief geologist, get into the weeds a little bit and talk to you about our program, our goals, and I'll let you take it away, Rob.

Robert Van Egmond: All right. Yeah. So Gerardo we're just actually getting news today that the crews are mobilizing in. We have, our camp is right on Tidewater. So we just brought in three drill rigs on a barge with all the fuel and all the supplies we need to have a good summer. And yeah, we're pretty excited because it's a good combination of exploration as well as resource upgrading. So we're starting on infilling at Torbrit our resource there. Pure silver at the Southern end of the property and then we'll be moving up to the Northern part to the newly acquired Homestake Ridge, where we have a mixture of gold and silver targets. And since that's a newer target, we're going to be doing a little bit more drilling there.

For one thing to infill on the existing resource and get a better idea of the structure and where we can drill down-plunge to expand it out on the later phases of drilling. And then this winter we've been working hard this last winter on generating targets along the trend between Homestake Ridge, there's five and a half kilometers between the northern portion of the deposits and then southern deposits at Dolly Varden and that five and a half kilometers has seen little modern exploration. So we've got some great targets outlined from geophysics work, from mapping that we've done in the past years. And we're looking forward to putting some holes underneath that sediment cover and finding some new deposits, hopefully.

Gerardo Del Real: Rob, the initial program is pretty substantial. It's 99 drill holes. It totals 30,000 meters. Walk me through a bit on how you're going to allocate that.

Robert Van Egmond: Well, right now it's fairly flexible. It all depends on success for one thing. If we hit something with one of our earlier exploration holes, we can pivot quickly and put the rest of the drills onto that to expand it quickly. But our initial program, which we kind of lay out our ideas beforehand and the board approves that, but it's a sort of a 50/50 split between exploration and then near resource work. So we have resource geologists, they can figure out how close the holes have to be together to be able to increase our confidence in the deposits. So we'll be doing a lot of that and we want to move inferred resources to indicated and measured because that's where you can do your economic studies on. So that's getting ready to work towards a PEA.

Once we get a new resource for the combined property, and then the other 50%, 15,000 meters, will be stepping out from the known deposits downdip. So we'll be doing a 100 meter, 200 meter step-outs, and that's where we're really going to start adding. So that would be considered sort of brown fields exploration along strike. And then there's the green fields, completely new targets that have no drilling into them yet. And that's really where we can move the needle. If we get something on some of those exploration targets.

Gerardo Del Real: You mentioned those new greenfield target areas. The news release goes on to explain that 20 targets have been initially identified and that eight of those have been classified as priority one. Explain to me why those eight stand out to you.

Robert Van Egmond: Well, now that we have these two properties combined into one, from a geological point of view, we always knew what the structure and what was happening, but now we can kind of see it more like a unified structure. And so we've kind of put together a model where the valley is like a big dish. And in the middle of that dish, there's some sediment cover. So it's still the same age of rocks that the Jurassic Hazelton Formation, but it's a sediment. And last year we had a step-out hole at Wolf, which went through this sediment cover and it intercepted the Wolf vein. We had over 1,500 grams silver over a few meters in a wider intercept of the 17 meters of about 200 grams.

But the significance of it was because we started in those sediments, we got our first look underneath and all the alteration and mineralization that we see coming out of this side of that sediment cover. Now we have the proof that it continues underneath. And then from the airborne geophysics, we can see some chargeability and resistivity anomalies that are at a depth that would be sitting underneath that sediment cover. And that's one of the reasons why in this mining camp, where it's been over a hundred years of exploration work and prospecting, it's never been found because of that sediment cover. So those eight targets are sitting underneath that hidden blanket, let's call it. And then a number of targets are out on the west side, we have a sort of a developing gold, copper belt to the west of the silver zones. And we've got indications that there is gold in the system 300 meters of 0.15, 0.17 grams gold. It's not economic, but it shows there's gold in the system. There's a lot of alteration, strong veining. So we're just honing in on where that could be focused in a structural corridor.

Gerardo Del Real: Well said. Shawn, where do you hope to see the company by year end?

Shawn Khunkhun: Gerardo, I've always had really big ambitions and really big plans. When I came in the company had 44 million ounce of silver. It was my goal to get us to 100, we're at 138 today. I'm looking at Dolly Varden and I would like to see this company with 300 million ounces. And again, what we've shown at Dolly is either through discovery or acquisition we've gotten there. And so that's where I've set the next bar for the company to reach to. We've got the money with $25 million in the treasury. We've built up a strong internal team. We're relying less on consultants. So we've brought in a team that's aligned with our shareholders. And my goal here is with 30,000 meters of drilling, which is three times what we drilled last year, is to put out three times the news to list three times the discoveries and get us to a place where when we're putting out a new 43-101 compliant report, we're moving ounces from the inferred category to the indicated. My goal at Homestake is to move so that we have 50% of those gold ounces in the measured and indicated category.

And to make a new discovery. Find another, Torbrit find another Homestake. And ultimately my big goal is to make my shareholders money. And we've done a successful job at doing that over the last two years. And I just want to continue doing that. And I just want to say look, if you look at the SILJ or the GDXJ you look at our peer group, Dolly's been an outlier. And if we can give you shareholders that type of performance in a market that's going sideways or down, what can we do in a market that's moving up. And I think the wind's now at our backs, and like I said, with $25 million in the bank, no debt and three rigs going we are in a position where we can do drill 199 holes if we wanted to. We've got 99 planned, but we can strap on, we could double that. And that's what I hope. I hope we're announcing we go from 30,000 meters to 50,000 meters this year upon success. So the one thing that's out of our control is the weather, but it's blue skies and warm weather, and the snow's melting away in the golden triangle right now. And I can't wait to come back on and report some drill results soon.

Shawn Khunkhun: All right, Gerardo thank you so much.