Gerardo Del Real: This is Gerardo Del Real with Resource Stock Digest. Joining me today is the president & CEO of Dolly Varden Silver — Mr. Shawn Khunkhun. Shawn, how are you?

Shawn Khunkhun: I'm doing very well, Gerardo. Thank you for having me on today.

Gerardo Del Real: It's good to have you back on; it's been a bit. You had some results today and let me read the headline really quickly because there's a lot of important details that I want to pick your brain about.

You've expanded and upgraded the mineralization. I want to cover that and then I want to talk to you about a comment in the release that references that you can't rule out a gold discovery consistent with the over 1 million ounce resource at the adjacent Homestake property.

That was a real curious line to me. But first off, how'd you feel about the results today?

Shawn Khunkhun: Yeah, you know what… this project, it's actually, in two days on February 18th, it'll mark my one-year anniversary as CEO of Dolly Varden.

Shawn Khunkhun: Yeah, thank you so much! It's been a transformational year. What attracted me to the company can be highlighted here in the headline; to be able to have 45 meters of 300 grams of silver. And this is not a unique hit. Dolly has had intervals of between 30 and 60 meters of high-grade silver mineralization.

And there's actually, in the press release, we took a picture, it was Figure 1 — where we laid out the core from one of the drill holes there. And I think what this image really articulates is how wide the ore body is. And what you'll see there is core box after core box, table after table — you're still in it. And I don't think words by themselves can depict that image. 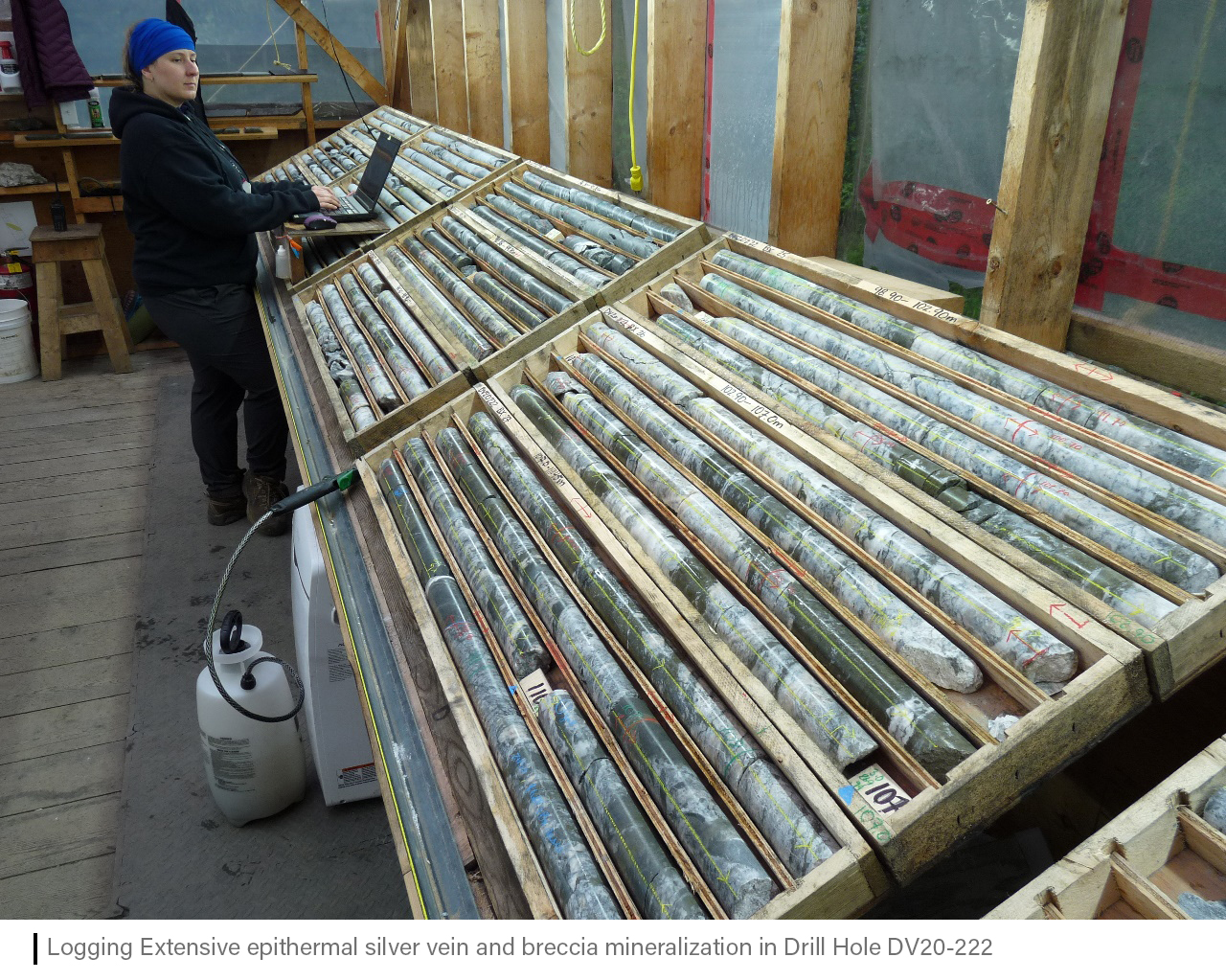 And so this release, what it really validates is — it's a consistently wide and high-grade ore body. We've infilled and stepped out of the Torbrit Mine, and we're continuing to increase the block model. So this goes to validate the significant size, grade, and width of the Torbrit Mine.

And then, taking a step back, Gerardo, we're in an area of the world known for big, high-grade deposits. If you look to the north, you look at Eskay Creek that Barrick had operated that now Skeena owns. Skeena two years ago was a US$35 million market cap… okay? And today, they're a US$650 million company. They've reawakened Eskay Creek. And when I took over Dolly Varden last year, we had a C$20 million market cap, and I thought we could go on the same trajectory… that we are reawakening the Dolly Varden Mine.

And we're part of the way there. Today, we're a C$100 million company. We've got 44 million ounces of high-grade silver in the ground in a proven report. We've got C$23 million in cash but we haven't completed the journey of reawakening the Dolly Varden Mine. But with intercepts like this that validate the width, the grade, it gives me the confidence to go underground and to take the next steps on developing this mine.

So that's the silver side of the story.

And again, Eskay Creek started as a high-grade silver mine where the 200 million ounces of silver that came out of the ground came out of the ground at 2,200 g/t; an exceptional, exceptional mine. But the real prize at Eskay Creek was the gold. And I think even after all of the mining activities, Skeena is left with about 4.5 million ounces of gold in the ground. And this is a part of the project at Dolly Varden that has never been looked at.

And what happened for me this year was, I wanted to go to the western edge of this property because on the other side of the border we've got Homestake Ridge, which is a million ounces of gold, so far, at 7 g/t. And what really got me is when we drilled a hole, first-ever hole, into our side of the Western Gold Belt, we hit an intrusive. And it opens us up to a whole new model. We're seeing not only gold in the system but we're seeing some high-grade copper as well.

So this totally changes the dynamics of the project and it leads us up and – as I said there in the news release – gives us the potential not to rule out a high-grade gold system on the property.

Gerardo Del Real: You mentioned the very robust treasury of, I believe it was, C$23 million. How do you prioritize future exploration given how strong the balance sheet is and the potential for possibly a significant gold discovery to go alongside the obvious silver potential, right?

Shawn Khunkhun: So we just reported these results. We are now in the planning stages for the 2021 program. Our first priority is silver. We will look at – and again these may change between now and the start of the 2021 drill program – but right now we're looking at a 50/50 split between working around the Torbrit Mine and extending, and infilling, and looking for depth and lateral extensions of Torbrit.

We're likely going to allocate about 50% of our exploration budget to extending Torbrit and then, with that other 50%, we're going to continue on looking for the next Torbrit; the next meaningful, large scale; something that has the potential to be a 50 million ounce silver deposit on the property. But we will also put some emphasis on doing more work on the gold belt.

And I should also make mention, there's a company that has the back side of Eskay, which is called Eskay Mining. And there's some work that we can do that's not all drilling. So Eskay Mining conducted an XTEM survey; some geophysics that really helped light up the project. And I don't have the exact numbers in front of me here, Gerardo, but their stock has gone from something like C$0.05 to C$3.

It's just had a darling of a run as they're starting to come up with some Eskay-style VMS discoveries. And so we're going to be looking to learn from some of the exploration methods that they employed and using them on our property to identify some other targets.

Gerardo Del Real: Excellent! I have to note that the true width of the intercepts reported today was estimated to be 80% to 95% of the core length. And that's important, as everyone knows, because oftentimes you get flashy numbers in a release, and then you look down a little bit and you see “True widths represent 10% to 15% of core length,” right? And so, no — this was good!

Gerardo Del Real: Silver appears to be leading the precious metals market right now. That typically happens both to the upside and the downside. I suspect gold won't be too far behind. It's good to have the option to explore for both.

Shawn, thank you so much for that update. I appreciate it and look forward to having you back on hopefully sooner rather than later!

Shawn Khunkhun: Thank you so much… thanks for your time!