Gerardo Del Real: This is Gerardo Del Real, with Resource Stock Digest. Joining me today is the CEO of Electric Royalties, Mr. Brendan Yurik. Brendan, how are you today? 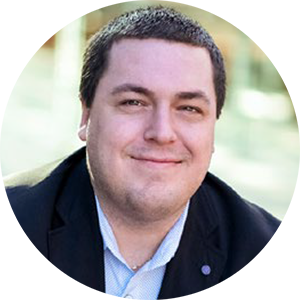 Brendan Yurik: Hey, Gerardo. I'm doing okay. Thanks for having me back.

Gerardo Del Real: Well, listen. Interesting times, interesting markets, despite the short-term volatility, the electrification of everything, as my partner, Nick Hodge likes to call it, is an undeniable, multi-decade bullish trend, right? Electric Royalties just acquired another royalty on a copper project in Arizona that may be in production within the next... I think the release reference is it could be in production as soon as four years from now.

You continue to execute, and despite that the share price continues to drift lower. So, I wanted to have you back on just to provide a good overview of the most recent transaction, but also to provide an overview of the philosophy at Electric Royalties, because we know when you get that rerating higher, it's going to be quick and to the upside. In the meantime, you keep executing, Brendan.

Brendan Yurik: eah. Well, I appreciate that. I mean, it's almost mind boggling to be honest. We just did this deal this week. It's a fantastic Copper Royalty. We're creating this, it's a new royalty. Essentially, we're helping finance them through feasibility studies and they believe that they can get that done with our funding and within two years. So yeah, within four years production, I mean, that's definitely a reasonable date. It's a copper oxide development project. There's not many left, most of these have been mined out primarily, because they're at surface and they're pretty simple to mine.

So, from a technical standpoint, we're pretty excited about it. It's in Arizona. It's great jurisdiction, and they've already got a resource over 500 million pounds, and when they did that resource, they're using a model of maybe $2 copper. And so, you see it in the nickel space, you've seen it in the copper space, and these higher prices.

Just by updating that you're pulling in a lot bigger resource. But yeah, we've got... This will be our 20th Royalty. Our enterprise value today I think is around, $14 million because we've got about $4 million cash. It's absolute insanity. We've had about $150 million was just raised by one of our operators to put Authier into production the last couple weeks. And I think we went down. We're now trading after two years and adding all these royalties. We're trading below our initial going public price. So yeah, we keep executing, but it's crazy to see. I think long term, like you said, that's really where we see this, we see a two decade opportunity here.

When you look at the clean energy metal space, essentially, we're cannibalizing the oil and gas sector over the next 20 years. And that's typically a size of magnitude maybe five times bigger than the traditional mining sector. So, clean energy metal space didn't exist five years ago. We're talking 20 years from now is going to be five times bigger potentially than the traditional mining space. So, incredible growth profile to move forward. We have really the assets, best in class for each commodity in North America, Australia and Europe that have a chance to actually supply those metals domestically. So, I think we could be better placed quite frankly.

Gerardo Del Real: Look you've executed very, very well in a very tough market. I absolutely think at current prices, it's as close to a no brainer in the space. Though I must admit there's a couple of those in the market right now. I encourage everyone to go to electricroyalties.com and just get a bit more familiar with the business model and the execution, since you went public. You've done a brilliant job at it. Brendan, anything else to add to that?

Brendan Yurik: Yeah, just touch on it because everybody's kind of up in arms about inflation and rightly so, there was always going to be a bill to pay from all this printing money and markets obviously are down. The crazy thing is, this is kind of the cherry on top, as a royalty company targeting the metals that we're targeting. I mean, we are a perfect place for investors to park their capital.

Our expected revenues from these royalties are directly proportional to these metal prices, which go up in an inflationary environment on top of the supply demand pressure. So, lithium prices are up 500% last year. That's directly proportional to expected revenues. And as a royalty company, we're protected from capital cost inflation, because we're not responsible for putting those capital costs. We have no holding, no development costs, no capital costs. So, there's no inflation. It's inflation protection on that front.

Gerardo Del Real: It's a heck of a way to limit the downside and have substantial exposure to the upside as it relates to all of the energy metals, be it copper, be it lithium, be it graphite. Good work, Brendan. I look forward to having you back on. Thank you for the catch up.

Brendan Yurik: Thanks a lot, Gerardo. Always appreciate you having me back.