Coverage made possible by the sponsorship of our featured companies: Click here to see more about Mawson Gold Ltd. 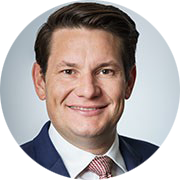 Gerardo Del Real: It's great to have you both on. Mike, let me start with you. I initially reached out because there was some news on May 25th that I thought merited context and an update. And that news was Mawson subsidiary Southern Cross Gold reporting an excellent intersection. It was 17.3 meters of 4.9 g/t gold equivalent at Sunday Creek. That in itself merits a conversation. Ivan and I had a conversation a week or two ago about the discount in the market and how undervalued Mawson is if we just take the gold resource that exists, the exploration upside and the value now that Southern Cross provides. And so that was going to be the framework for the conversation today. And then just this morning, there's news of 119 meters of 3.9 gold equivalent from 106.8 meters. That is just an absolute barn burner of a hole! And so I want to do justice to the news on May 25th, but we have to start with the news that just broke this morning, Mike.

And the drill string continues to prove us right on this asset, which doesn't always happen either. But the context of the result is great. It's 60 to 70% true width. It was drilled in a hundred-meter gap in the mineralized body. It needs following up. Once you get these kind of widths and grades, it all goes well for a project because there'll be more of these, we believe, as technical people. It wasn't just wide 120 meters. It had some great grades through it. I think there was something like eight intersections that went above an ounce over the whole interval, and it's just one of those stonkers.

Gerardo Del Real: Ivan, you and I had the conversation a week or two ago about how severely discounted Mawson Gold shares are trading. Being that Mawson is the majority owner of Southern Cross, what implications does this have, this kind of result, especially given the fact that, as Mike said, these don't typically tend to be one-off? Right? We tend to see, once the technical team gets that tiger by the tail, it usually keeps going. And so what does this mean for Mawson Gold shareholders? What's the implication there?

Ivan Fairhall: Yeah. Look, I think Mike touched on it in terms of creating value down at Southern Creek and what that means for Mawson. And I just think through executing the spin-out, we have effectively raised this capital to move the discovery forward in a way that I don't think we would've been able to do at the TSX level. And so shareholders are now benefiting immediately from the real business of exploration, which is being done quite effectively, as we're hearing here today and seeing down in Victoria. And results like this are showing that Sunday Creek is a first-class discovery. And Mike mentioned that this area, it really is the tip of the iceberg and there's a lot more in terms of prospectivity over the property and the size of the property as compared to where we're focusing on at the moment. And the real takeaway is Mawson's 60% stake in Southern Cross is now trading at about $17 million before this news release, haven't been able to see yet at the time of recording this where it's trading, but that already was half of Mawson's market cap. And so that is some underwriting of value and great news for shareholders.

Ivan Fairhall: Exactly, and that's the irony of the situation, that the better Southern Cross performs and with where we're trading at at Mawson today, what it's really showing is how undervalued Mawson's Nordic business is. It's important to remember that Mawson has already over a million ounces equivalent at its Rajapalot project. The project's got good grades. It's got forward momentum. We're doing our PEA, which hopefully will be released in the third quarter. We're progressing EIA and permitting. And of course there's a lot of exploration upside extending the known mineralization down dip, and also a much larger 18,000-hectare package, which is something like 90% undrilled. And so Rajapalot, just excluding, by the time you take away this value for Southern Cross, is trading at about $12 an ounce, which is peer group low and represents a value opportunity.

And we haven't even ascribed any value in that calculation to Skellefteå North, which is our project just down the road in Sweden. Remember, we've got outcropping gold down there; it's in the shadow of the head frame in an area where 6 million ounces has been mined within 20 kilometers of the project and drilling is happening right now. Right now. So investors can expect drill results to come. I'm seeing photos of drill rigs in the field, and it's all very, very exciting. And some rocks are coming out and we're keen to get some things through to assay so that we've got some news for shareholders.

Gerardo Del Real: A lot to like, a lot to look forward to, a busy second half of the year. Mr. Hudson, anything to add to that?

Michael Hudson: No, our CEO covered it very thoroughly, just a huge amount of value built in, and we're doing what we do well at Mawson, which is creating value through the drill string and then going forward.

Gerardo Del Real: Gentlemen, thank you for your time. Congrats! Looking forward to having both of you back on here soon.