Gerardo Del Real: This is Gerardo Del Real with Resource Stock Digest. Joining me today is the president and CEO of Millrock Resources, Mr. Greg Beischer. Greg, great to have you back on. Interesting times, interesting markets and a lot going on with Millrock. So thank you for coming on. 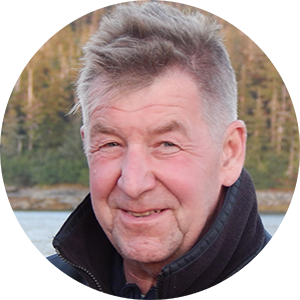 Greg Beischer: Well, my pleasure, Gerardo. Yeah, it really is different market these days. There's no telling which way it's going to go. I'm pretty sure and I think you're pretty sure the general direction is up for the metals. So I think we're in for a really great run over the next few years.

Gerardo Del Real: I couldn't agree more. I think 2022 is providing some really, really generational opportunities in the junior resource space. Frankly, there are so many bargains out there right now that it's hard to pick them. I have to say, though, I'm really, really focused on companies that have multiple catalysts. I don't believe that companies that sit idly and wait for a better market are going to outperform. I think the companies that have drilling, partner funded drilling, potential M&A, I think these are the companies that are going to outperform once the market turns here in the junior space. You just had some news where drilling has commenced on the Treasure Creek Gold Project in Fairbanks, Alaska. The drilling is obviously something that would benefit Millrock. It's Felix Gold that's commenced drilling on the Treasure Creek Gold Project, but of course Millrock owns just under 10 million shares of Felix Gold. Can you explain that bit of news? And then talk to me about what's going on with Millrock, let's talk about those catalysts.

Greg Beischer: Yeah, sure thing. Well, I'll mention Millrock overall. Really we have been building, I think for this year over the last several years. And we certainly weren't idle, we put together deals, we put together projects and got the partners and this is going to be the payoff year where an awful lot of drilling gets done by our partners on our projects. So in the case of Treasure Creek, it's one of a couple of properties that we rolled into Felix Gold. We sold the projects to them in return for a substantial share holding, as you said, just under 10 million of their shares. But in addition, and most importantly, for us also production royalties if the mine's discovered, but also cash flowing, advanced minimum royalty payments. And if the exploration is successful, that's fantastic, but if not, we'll get our claims back and we can find another partner to work on.

So I like these deals. The 10 million shares today are worth roughly $1.5 million. But with the exploration success there at Treasure Creek near Fairbanks, those shares are going to become worth a lot more money and that's something Millrock can monetize and then we can put that capital to great use developing more projects. So I really like the deals that we made with Felix Gold for the Fairbanks area. I think Fairbanks has been unrecognized for its gold potential. I think you know all the history, gold was discovered there very shortly after it was in the Yukon at the Klondike. And there's been a lot of placer gold, alluvial gold produced around Fairbanks. And of course, Kinross’ flagship mine, the Fort Knox mine is located near Fairbanks. But it's surprising to me that there hasn't been a lot more exploration.

I've worked at other major gold mining camps in North America. The Val d'Or camp keeps coming to mind in Northern Quebec. But I tell you, the level of exploration that's being done in Val d'Or is maybe 50 or a hundred times more than what's been done in Fairbanks. And I just think there's so much more to discover. Part of the problem has been to piece together, consolidate the patchwork of claims that always existed, but that was the beauty of the last few years. And when times are bad, people are more willing to make deals, ground comes open and between Millrock and Felix Gold, we were able to amass a really cohesive land package all the way across the cap. So Treasure Creek is but the first of the projects that Felix Gold is going to be drilling in which Millrock has a strong interest in. They indicate they're going to be drilling all through the year. They've already started and they'll go right through until the end of October and all likelihoods. So we're really looking forward to the results that come from this year's campaign.

Gerardo Del Real: You've done a really good job. You and the team at Millrock have done a really good job of vending in and earning into quality, quality projects across multiple commodities and multiple jurisdictions. And then you've been very successful at partnering a lot of those projects. What does the rest of the year look like for Millrock?

Greg Beischer: Well, I think there's several, I guess I would call them individual properties that Felix Gold will drill within the overall Fairbanks camp. And Millrock has an interest in every one of those projects. Also, really looking forward to mounting a drill campaign again at the West Pogo project, Resolution Minerals will be conducting and funding that work. They've right now got a 42% joint venture interest earned on the project. They've indicated they're going to continue to sole fund until they earn a 51% interest that should happen after this next drill program. But between Millrock's technical team and theirs, come up with just a fantastic target that the results we've had over the last two summers were quite disappointing, but I think we've got it figured out. And I think this is going to be the payday year. Fortunately, Resolution was able to source a drill, they're in high demand and hard to come by on short notice, but they've got one and we'll start drilling there by the end of June. So another great catalyst there.

Gerardo Del Real: That is the prize that Millrock shareholders are really looking forward to getting, right? I know there's a lot of projects in the portfolio that will also see activity later this year. But if we're being honest, I think you mentioned the disappointing results thus far, it's exciting to hear that you and your partner feel they may have that figured out, because if that is the case, that's how you take a company with a market cap where Millrock is today and go to many multiples in very, very short order. Anything to add to that, Greg?

Greg Beischer: You bet. I've gained a lot of confidence in our Nikolai project. You recall about six weeks ago, we announced that we had staked and assembled a land package on our nickel-copper-cobalt-platinum group element project. Of course, these metals are in high demand now. We've got a government that appears to be strongly now in favor of developing those metals for electrification of our world. And we know we've got a nickel deposit on our claims. It's low grade, but huge tonnage. And it won't take very much to define the resource there, but over the last six weeks, as I've talked more and more to nickel experts around the world and ... Well, I mean, I do know a fair bit about nickel myself having come up through the ranks of the great company, Inco, whose bread and butter was nickel. But I'm more confident than ever after speaking to nickel experts, that this is indeed the wave of the future for nickel mining.

We're going to need as a society, huge amounts of nickel and massive sulfide nickel deposits are very, very difficult to find. They're very rare. And so more and more we're going to have to be mining lower and lower grade nickel deposits. And we know we've got a low grade, but huge deposit on our ground. We have potential to find a high grade deposit, but we know we're really on to something here. We've got a lot of interest from major companies and others, and I'm confident that we're going to have a deal put in place that the market should like a lot.

Gerardo Del Real: A lot of catalysts, a tiny market cap, I think we're in for an exciting second half of the year. Greg, thank you so much for your time. I'm looking forward to having you back on. It was overdue and it sounds like we're going to be chatting a whole heck of a lot more frequently here.

Greg Beischer: Yep. Well, there's going to be lots of news coming and drill hole news. So let's hope it's some really good stuff that moves Millrock up from its 6 cent share price. I mean, it's kind of ridiculous to me that our share price is so low. Our market cap right now is only $7 million, yet we're going to be doing over $9 or $10 million worth of exploration on our project with funding from other companies. So I think we will be higher just on anticipation of the news that's likely to come.

Gerardo Del Real: Looking forward to it. Thanks again, Greg.