Monumental Minerals (TSX-V: MNRL) CEO Dr. Jamil Sader and Founder Max Sali on Advancing Rare Earths in Mexico and Lithium in Chile in a Rising Market for Both Commodities

Max Sali: Fantastic. Thank you for having us. It's been a while.

Gerardo Del Real: It's great to have both of you back on. A lot going on. You just raised some money. That went very, very well. You just had a site visit. You've strengthened the board.

Max, I want to start with you by asking you about the financing and just how you're feeling about the treasury here moving forward. And then, Jamil, I would love to follow up with you about the recent site visits and the addition and the strengthening of the board here with the addition of Michelle [DeCecco].

Max Sali: Yeah, so the financing went spectacular. For lithium brine assets, everyone is trying to flood into the market. We announced the C$5 million raise a few weeks ago. We had about C$15 million in orders; we only took C$5 million. We didn't upsize it. We didn't need the dilution, and we didn't feel that we needed to take any extra money.

The C$5 million will easily get us through a year's worth of work, at least, maybe 18 months. And a very good book; I would say 90% of that C$5 million are funds out of New York, Hong Kong, Australia, and Toronto. And then, very high-net-worth retail strategic investors along with some participation from some of the Lithium Chile individuals. And so a great experience for us. It's great to have the cash in the bank.

And Jamil and I didn't waste any time. We did the site visit to Laguna Blanca. I was on that one. Jamil did the one to the Jemi project. And so now that we're cashed up, we've essentially just been going, going, going. And Jamil can kind of tell you… I think he said he's been on the road, out of eight weeks, five days at home. So I'll let Jamil give you his insight because you know it's good to have him on these trips as he's the technical guy.

Gerardo Del Real: Well, Jamil, clearly the market was very, very receptive to the Laguna Blanca project being brought in under the Monumental banner. I haven't heard, on the record, your take about the project. I know the team is excited about it. It complements, obviously, the Jemi heavy rare earth project very, very well. And I want to get to that here in a second as well. But thoughts on Laguna Blanca? 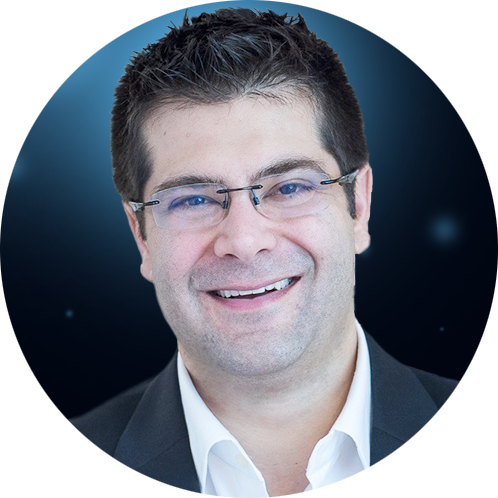 Dr. Jamil Sader: Thanks, Gerardo. Yeah, so the project is really great to get out there and get tight with Lithium Chile and their group. They have an excellent group. And to actually see this project in person, it looks better in person than it does from the photos. The extent of it is very large.

Before we went to site, we looked at some of the chemistry and the geophysics that had been provided by Lithium Chile. And it lives up to expectations. And we're really, really looking forward to advancing this project as soon as possible.

Gerardo Del Real: Excellent. And now we have to talk Jemi, or as I call it in my head, Gem-i. Thoughts on that project? You were at that site visit as well. Clearly, the company has been busy, and clearly you're setting up for a very busy second half of the year.

And what we determined is that, based on the geophysics that we had in-hand when we went to site, we were able to extend the depth and the strike length of what we think are prospective blocks. And it really gives us a good indication now of where we want to do follow up work. It's really kind of reduced our search space.

So instead of looking at the entire claims, we've now focused in on a specific area. And we are looking forward to getting out in the field again, hopefully, within the next month or so to do this follow up work so that we can start putting drills in for the project as soon as possible.

Gerardo Del Real: Excellent. Max, I know that you just strengthened the board of directors. Would you like to comment on the appointment of Michelle [DeCecco] to the board?

Max Sali: Yeah, so Michelle is corporate development for Lithium Chile. I've been dealing with her for months and, as well, with Steve who's the CEO. She's phenomenal. She's very smart. And I just want people to know that with Lithium Chile, we're not buying an asset off of them. We are a joint venture partner with them. And having her on our board kind of proves that more to people that we are a team… we're working together.

There’s an opportunity to work on other projects with them as well. Steve trusts our technical team. We move very quickly. And I think that Monumental is a nice complement to Lithium Chile. I guess you could almost call us Lithium Chile 2.0, right? And so there's a lot of synergies between us, and I think having each other help each other just strengthens both our teams.

Dr. Jamil Sader: Well, we are expecting to be drilling both projects. Likely, the project at Laguna Blanca sooner than the one at Jemi. This is simply just because it's much simpler to drill a brine aquifer compared with drilling out something that's much more complex geologically like Jemi. So we're expecting to drill both projects.

Gerardo Del Real: Well, you're cashed up. You have two exciting projects. There's huge demand for both rare earth projects of merit and lithium projects of merit. I'm looking forward to seeing you unlock that value. Gentlemen, thank you so much for your time today.