Coverage made possible by the sponsorship of our featured companies: Click here to see more about Nine Mile Metals

Gerardo Del Real: This is Gerardo Del Real with Resource Stock Digest. Joining me today is the Director of Nine Mile Metals, Mr. Patrick Cruickshank. Patrick, it's great to have you back on. We were overdue for a catch up. How are you, sir? 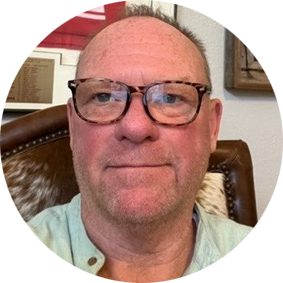 Patrick Cruickshank: Doing well. Thanks for inviting me back on your show.

Gerardo Del Real: Well, I reached out, you reached out and then I reached back because I needed to have you on. You just announced the completion of your phase 1 drill program and in that announcement was news that there's visible massive high grade copper VMS mineralization, right? This is at the flagship Nine Mile Brook VMS Project. The market reacted very favorably, not just in terms of liquidity. I think you traded something like 2 million shares, but also in price appreciation, which has become harder to come by as we enter the summer doldrums here. Give us some context on the news. You got to be excited.

Patrick Cruickshank: Yeah, we're very, obviously very, very excited to share that news and we are very encouraged by the visual results. We always had confidence in our project, in our properties and what we had discovered over the last couple of years there. Our next stages will be obviously we'll be doing the photographing logging, cutting and sampling of the drill core and we did submit some of the photographs of our drill core there in our press release, because there is a bit of a, like everything supply chain issues, there is a bit of a lag on assays coming back from the labs of eight to 12 weeks. So, we wanted to make sure people got to see our core and excited as we are and we're really excited about the width. It's not one meter, it's not two meters. It's all of our targeted holes for mineralization hit our agenda.

So we hit mineralization in all five of our drill holes that were targeted at the mineralization. We did, and we want to explain this to everyone, we did do two extra holes, deeper holes that are specifically… purpose was just for down hole DM survey purposes. We are not looking to hit any mineralization. So what that is, is 200 meter holes. We'll send down a probe, we'll take an under surface survey of the entire area, looking for clusters and other main units of this mineralization. That's the purpose of those two, and we're very excited. We've permitted for that. That's what we'll be getting to in the next 10 to 14 days while we're doing all this preparation, photographing, assaying and the one really good thing is we do have an XRF lab. We will be XRFing the core once it's cut and we will be releasing those results as they become available.

Gerardo Del Real: You mentioned the widths. I think it's important to give a bit of context there. On all five holes, the visual mineralization, you had intersections ranging from nine meters to just over 14 meters of high grade VMS mineralization being copper, lead and zinc. Again, that's got to be very, very encouraging to do that on a phase 1 drill program. Exciting times.

Patrick Cruickshank: It is exciting and I think on our first show, interview, we did talk about our new technology. Yeah. So we are a firm believer and you know the experience people have had in drilling in the past. It's like oil. One out of 10 holes is a good recovery rate, right? But we believe in our technology. We used it exclusively in our project and we are really super excited on the widths that we got because that's a major, major hit in our business for VMS. VMS has got your lead, zinc, copper, silver and gold. When we said we had visual mineralization 14 meters plus, that's very significant because as you know, as it dissipates the mineralization can be still there for many, many, many more meters, just not visible.

And still a good grade. So we're just reporting what we saw. Massive, massive mineralization. Like you saw the copper photos, that's high grade copper and we did already press release our surface samples in this area back in January of 22. We had, was in our press release again yesterday, 38% roughly lead-zinc, which is phenomenal. Up to 10% copper, 14 ounce silver. Across all of our samples that was kind of a blended average, but we're super excited. We're very confident with what we have and our technology's ability to help us find the source and much more because the way these deposits happen, like Trevali's Caribou Mine and Bathurst Mining Camp is a series of three deposits or lenses that usually are stacked vertically or spatially, but they're not far away.

So that's why we're doing our down hole probe and on those two holes, they're significantly further away in two areas to take an underground survey and give us a 3D image again with our new technology and AI processing to give us the body of the current deposit and then it'll give us anything within several hundreds and hundreds of meters circumference in all directions, even deeper. So it's fantastic what this technology... It's going to be a game changer in the industry, for sure.

Gerardo Del Real: When can we expect assays to start getting a handle on what potentially could be a pretty significant discovery if it plays out?

Patrick Cruickshank: Yeah. The XRF assays, well be starting doing all the cutting in core and photographing logging and everything with the team of geologists starting on Tuesday, June 1st. That'll be an ongoing, round the clock scenario. We will XRF that during... We'll get results out in the next two weeks, hopefully, but you got to remember there will be XRS surveys or plus minus degree of accuracy. They're very, very good. They are not correlated with gold very well so we will not report gold numbers. That's really with a fire assay at the labs only, but with lead, zinc, copper and silver, the XRF lab does do a very good job plus or minus two or 3%. So if you're looking at very high double digits, there will be, we will press release with that kind of educated disclaimer, it's plus or minus this degree of accuracy, but it's a good filter.

We use it for filtering our assays, our rocks, our soils. It's a great way to go it’s, “Is there any mineralization in there? Yes. Okay, let's send it to the lab.” So it's a very good tool for us to be very cost effective rather than submitting all your sample. You could submit the mineralized sample and save your company, your exploration program, time and money. We're trying to be very environmentally efficient, economically efficient for our shareholders and for our company.

Gerardo Del Real: Where is the market cap today, Patrick?

Patrick Cruickshank: Market cap, I think is ridiculously low. I've been getting a lot of calls, emails, so on with this kind of a response from the market. We're trading at 15, 16 cents. We have 44 million shares out roughly. We're what? $6 million. We are ultra small cap, and the great thing is it's, the break even for a lot of the existing shareholders is 50 cents roughly. So there's not a lot of deep in the money stock that people are just going to obviously be trading. A lot of management, we're all restricted and I think probably 50% of the company’s restricted. So there's not a lot of opportunity up there.

Patrick Cruickshank: Yeah. I'll just say one comment in leaving is we had a really nice development in Canada for the industry with the super flow-through. I don't know if you're familiar with that. That was just announced. So in Canada we have flow-through funding that investors, Canadian residents can invest in rather than just buying common equity on a raise. And what they've done now, which is very exciting, especially affects us is copper, lead, zinc now qualify as essential metals in Canada and qualify for 130% tax credit in Canada. So I'm not giving tax advice at all, check with your CPA and your advisors, but that I think is really going to help our industry, obviously with capitalization and opportunities for institutions and individuals supporting the market.

Gerardo Del Real: At a time, Patrick, where so many jurisdictions are getting riskier and less mining friendly it is really, really refreshing to get that kind of news and that kind of support for companies that are looking to mine, the stuff that we need to make the stuff right. So, no, I think the news is welcomed. I think obviously it's been very well received and I think it speaks to the quality of the jurisdiction that you're working in.

Patrick Cruickshank: Well, we all know where we're going with EV and the global footprint, right? So we're very excited that we're a very centric copper, high grade copper in our deposit, because obviously with the electric car revolution and where the science is going, we're already at a worldwide copper shortage and this makes us a little bit unique and there's not another deposit in the camp that has the high grade copper so we are very excited by having a unique situation right now.

Gerardo Del Real: Thanks for coming on Patrick. Looking forward to those results and we'll absolutely have you back on as soon as we get some numbers in.