Coverage made possible by the sponsorship of our featured companies: Click here to see more about Outcrop Gold & Silver

Gerardo Del Real: This is Gerardo Del Real with Resource Stock Digest. Joining me today is the CEO of Outcrop Silver & Gold — Mr. Joe Hebert. Joe, it's great to have you back on. It's been a bit. How are you, sir? 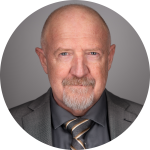 Joe Hebert: Gerardo, very well… and I hope the same for you.

Gerardo Del Real: I'm well. Thank you so much for asking. I understand you're live at PDAC. Is that accurate?

Joe Hebert: That's correct… just had to find a quiet place to talk to you.

Gerardo Del Real: I appreciate you making the time. What's the sentiment like there?

Joe Hebert: It's a good crowd. Everyone seems happy to be in person again. Fairly full booth room… and I'd say it's a little bit upbeat.

Gerardo Del Real: That's good to hear. Listen, you've been very, very busy… not just this month but all year. But you had a couple of news releases that had some pretty solid numbers. And by solid, I mean 3.0 meters of 774 grams of silver equivalent from two new targets. You have assays that were pending back on the 2nd of June.

Joe Hebert: Well, yeah, I mean, you sort of summarized it… but basically, there are two important things about it. It's a kilometer step-out. We just keep going north and south and staying in a high-grade mineralized vein system.

So it's just encouraging to know that we're just going to continue to put high-grade potential resources together for our compliant resource that we want to get out by the end of the year.

Gerardo Del Real: How happy are you with the widths? Because, initially, when you and I spoke, I mentioned that I thought the project was fantastic. You had great relations locally and nationally. But my only ‘let's wait and see’ was whether or not you were going to be able to get mineable widths. And at least, in my amateur opinion — so far, so good. How are you feeling with the widths you're seeing?

Joe Hebert: Well, the widths probably aren't particularly encouraging because it'll — obviously, on a weighted average basis or an average basis — it'll affect the overall mining width. But really, if you can make some comparisons to SilverCrest’s Las Chispas to Blackrock Silver’s Tonopah project, I mean, these things can be mined down to 1.5 meter mechanized stopes.

And then, the other method that is commonly implemented for less than half a meter is what's called rasu. It's a very effective means of selective mining to minimize dilution. And those kinds of producers can produce silver for US$7 equivalent/ounce. And I think that we could be in that category.

Gerardo Del Real: What comes next? It's been a busy year. It's been a very busy June. What can we expect the second half of the year, Joe?

So we want to define as many of those as we can and then come along, by priority, to drill deeper because that's the quickest way to put together more volume. Even now, we're drilling core with native silver. We know those shoots are going to hit because that's just been the story. If we see silver, we assay silver. So we'll see a continuation of that.

Drilling with three rigs… so we'll have a steady news flow. We should be up to about a two to three week interval on assays. We expect them to be consistently good. And then, we’re doing some preliminary metallurgy that looks fantastic with respect to the resource that we'll put out. And then, we will start reaching a point where we'll consider an assay cutoff for the independent QP contractor to actually start with the hard core reserve calculations.

Gerardo Del Real: How's the treasury looking? I know that, back in March, you completed a fully-subscribed C$6.9 million financing that included a strategic investment by none other than Eric Sprott himself.

I have to believe that with a 12 kilometer mapped vein system, the kinds of grades and widths that you're hitting, and the initial indications that the metallurgy is going to be favorable, that you have some happy shareholders onboard.

Joe Hebert: Yeah, and it's kind of a truism working with Eric Sprott… the way to keep his interest going and, thus, his investment going is basically to say what you're going to do and execute that plan. And that's what we're doing. And that's what we're trying to do for our shareholders. And it's a good ride to be on for this project and for me professionally.