Gerardo Del Real: This is Gerardo Del Real with Resource Stock Digest. Joining me today is the President of Pacific Opportunity Capital, Mr. Mark Brown. Mark, it is great to have you on. It's been a while. How have you been? 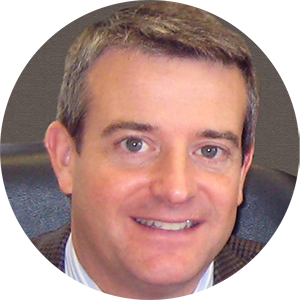 Mark Brown: Well, I've been great, and I was really happy to see you down in person in New Orleans in the fall. And it's great to have this catch up, so very happy to be here.

Gerardo Del Real: It was great to catch up in person. I'm looking forward to doing that again soon. Look, you and I talked a bit off air. I think we've known each other now since roughly 2009, or at the very least you knew of me since 2009. Needless to say, back in those days, I did very well following something that you and people that are very close and familiar to us did extremely well with; and that was playing the cyclicality of the rare earth space. We were able to position early in several companies, companies that were 16 cents, 24 cents, and went on to be $16 and $18, right?

And I recall that because I look at the junior space, and I look at the frustration across the sector in a lot, a lot of speculators that are newer to the space and haven't experienced that turn and how quick that turn can happen. And so, I bring all that up because I got to get your take on where we're at in the junior resource sector, given the backdrop of $2,000 gold, which looks like we're going to be there again very, very soon. I think silver's due for a run. $4.65 copper, I think $5 copper is in the cards here shortly. Lithium's booming, uranium's booming. There is a lot of ways to make money right now; but what are you seeing, what are you hearing, and what are your thoughts on this market right now, Mark?

Mark Brown: Okay, great. I mean, Rare Element Resources. We were just so excited about it at the time, but it was 10 years of hard work, but 10 years where we had consistently good drill results. And then all of a sudden, the macroeconomic picture changed and the share price just skyrocketed, and people all of a sudden looked at us and said, "Wow, how have you had this for so long?" And we said, "Well, we've been trying to tell people for 10 years that we had this," and all of a sudden the share price went from 15 cents to $15 over the course of a few years.

And that's what's happening now with companies. The macroeconomic picture is getting better and better, and a lot of the companies we’re involved with that have been advancing their projects are at stages where, "Wow, this is looking really interesting.” They've had some good drill results in multiple different elements, and it's an exciting time. So, we're excited to see these projects advance. And as things change in the macroeconomic picture, could be much better for the share prices.

Gerardo Del Real: So fortunately for me, after your 10 years of hard work, I show up. I'm living in Alaska. I've never bought a stock in my life. I buy Rare Element Resources. I buy Quest Rare Minerals. A couple of other names, Animas Resources, which you were also involved with; and immediately I do extremely well on the rare earth side, right? And unfortunately for a brief second, I thought I was smart and had it figured out right away. And what I learned was that, don't confuse luck for brains, and there was definitely a lot of luck involved on my end of it. A lot of work on your end of it.

But the one lesson that I took away from that was to be positioned early, how to vet share structures, and to look when no one's looking. It's a lot like real estate where I have a bit of a background. The real money, the 10-baggers the 20-baggers; that's how the that's made is by positioning early.

So with that, let's get right into two companies that I know you're involved with, one that I just recently wrote a check for; Avrupa Minerals, and a second, Alianza Minerals, which I've been a shareholder, been supportive, continue to be supportive. Tell me a bit about each of those, because we're talking tiny market caps, the kind of market caps that excite me when I'm looking for potential 10-baggers, right?

Mark Brown: Exactly. And I'm going to cut right to the chase and go to the heart of the matter is that you've got to have good drill results for these discoveries, and you've got to be drilling. Avrupa's got a partner funding drilling in Portugal for high grade copper-lead-zinc, and they're hitting good results. So, recently they hit 113 meters of 0.35 copper, plus a little bit of silver and lead and zinc there. Those are decent grades and the partner’s funding it. So, that's exciting. And when you get into those things and maybe get closer and closer to something that's even higher grade, it gets more and more interesting. And Avrupa also just acquired some projects in Finland. And again, one of the key indicators for me about these projects, and one of the reasons I really like them, is because they have historic resources on the projects.

So, these are in Finland in a well-known mining area. There's some historic resources done by very large companies that have... One of the resources was 1.8 million tonnes grading 1.5% copper. That's not bad. Another estimate of resource on the project was 4 million tonnes of 1.1% copper. As you know, 1% copper is a very good grade. So, Avrupa's got a couple of great potential high grade projects, and that's great, is always key in these projects. You got to do your homework and you got to be positioned early, but at some point when you get more and more drill results, the share prices just explode.

Mark Brown: So, it's trading at 8 cents a share Canadian. About 40 million shares outstanding. So, you're talking a tiny market cap. In Canadian dollars, it's almost worth nothing you can get into these companies very easily, accumulate significant share positions, and then see what happens as they go forward. And the downside on them is also very limited because you've got some big shareholders that back the companies. Our group is to buy shares anytime they dip down, and so we own a lot of stock in it, and we have some other big shareholders that do the same thing. So, there's a lot of support there.

Gerardo Del Real: I’m biased. I'm a shareholder, as I mentioned. I'm excited for 2022. I love the metals that Avrupa is exploring for and developing as far as resources go, and am looking forward to drill results from of Avrupa.

Another company that I've followed for a while, and the CEO also I've known for a while, Jason Weber, Alianza Minerals, right? Excellent silver play. A recent entrant, I would say. At least publicly, a more public entrant into the copper space. Great combination of both those metals, like both of those. Can we talk a bit about Alianza?

Mark Brown: So, Alianza's really interesting because it has the potential to have four different properties drill this summer, and that's pretty amazing. There's majors that don't even have that much drilling going on.

The main project there is a silver project, high grade silver project in the Keno Hill area of the Yukon called Haldane. We've done a little bit of drilling the last couple years and hit things like 300 grams over 8.7 meters. We've hit three meters of 1,315 grams of silver, and there's multiple targets on the project. It needs a lot more drilling. We've just filed a 43-101 report on that project, and it's 100% owned. So, that's the flagship.

But on top of that, we have the Tim Silver Project, optioned out to Coeur Mining. They've hit actually a four meter intercept in a trench of 10 ounces of silver per tonne there, and it's right near Coeur's Silvertip Mine, so that one's going to be drilled this summer.

And then we've got two copper projects that we just optioned out to Allied Copper, and they're planning to drill those this summer. And both of those have high grade copper, 1% plus in chip samples and in trench samples. So, lots of great stuff going on. That drilling is really what gives the excitement for the shareholders, because that's really where you add your value after you do all your homework in the background. We've done a lot of homework in these companies. We're excited to have so much drilling going on this summer. It should be a really great summer for Alianza.

Gerardo Del Real: And the market cap for Alianza stands where, Mark?

But it is tiny. And that's exactly what happened with Rare Element. I mean, Bob Bishop, back in the day, he used to look at Rare Element and go, "This market cap is so tiny. You should just buy it because there's good people involved. And I know they'll do something, even if their rare earth project doesn't work out." But anyway, he was also a big backer of the rare earths when no one knew what they were, and now they're in all the electric cars and everything.

But that exploded. And he used to tell people, "There's a tiny market cap. You should just buy some." Anyway. Obviously, he was right. So, there you go.

Gerardo Del Real: I don't think it's a coincidence that long-term and very supportive shareholders like Jeff Phillips, I know he owns Avrupa, I know because we wrote a check alongside each other. Nick Hodge wrote a check for Avrupa Minerals as well. You're in the right metals. You have multiple drilling programs for each company in 2022. I think it's going to be a phenomenal year in the gold space, the precious metal space, and the battery metal space, right? Which is the copper, the zinc, and even the lead, right? The lead doesn't get as much credit as I think it deserves. No look, a lot to look forward to. Mark, it's always great to have you on. I'm looking forward to the catch up in person. Anything else to add to that?

Mark Brown: Just, you're exactly right, and we've got a great group here. We're working hard. And I think at some point, these things are going to clean out. Like you say, the market's going to turn and the companies that have the high grade projects with lots of drilling and they're active are the ones that are going to get moving first here. So, we have fantastic shareholders, lots of support, and it's just a matter of time before these things get moving, and it's a great time to get into them.

Gerardo Del Real: Agreed. Pleasure as always, Mark. Thanks for your time.

Mark Brown: Thanks so much, Gerardo. Take care.