Gerardo Del Real: This is Gerardo Del Real with Resource Stock Digest. Joining me today is the president & CEO of Revival Gold — Mr. Hugh Agro. Hugh, how are you, sir? Congratulations are in order. We'll get to that in a minute. How are things going? 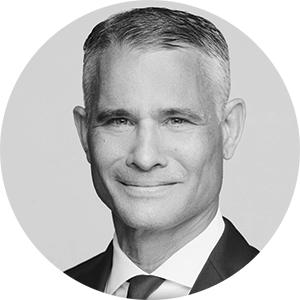 Hugh Agro: Very good, Gerardo. Good to be with you.

Gerardo Del Real: Listen, I've been excited to get this resource update for Revival Gold. I know there was a slight delay, but man, was it worth the wait! You now have a gold resource of over 4 million ounces across all categories. You increased it by over a million ounces and, frankly, there's a lot to like. I'm going to let you provide the context and then I have a few questions for you.

Hugh Agro: Thank you, Gerardo. This is very exciting news for us. It's a 56% increase in the Indicated mineral resource to over 2 million ounces; another 2 million ounces in the Inferred category where we've increased that by 19%. Higher grade in the underground component of this resource, up 39%.

So some really big headline aspects to this, which I think are very exciting for the project. Sets us up for the PFS that's coming. And we'll be back drilling here very shortly in the Joss area so more drill news to come. It's an exciting time of year for us.

Gerardo Del Real: Well, listen, the market received the news really, really well; great volume. You had a good uptick in the stock. But despite that, you're still trading right around the C$0.60 level. I saw an update from a research group that has a C$1.90 target on the stock. Let's get into why I believe that is.

Hugh Agro: No, you're absolutely right. We do not have a lot of sensitivity to the gold price here. The geology is solid; the resource is solid. And we've run relatively conservative cost numbers, all reflecting the current inflationary environment.

Are we trading cheaply? Absolutely. We just continue to deliver on all fronts here, right from day one. I mean, when you first walked the property, Gerardo, we had zero, nil, no resource. And here we are four years later with 4 million ounces. That's a finding cost of less than $5 an ounce. It's value accretive in all respects.

Gerardo Del Real: A lot of value already there if you never discover another ounce. What's exciting for me is the exploration upside because, frankly, you're following up on a program that you just concluded a few months back and you had some of the best intercepts you've ever had at the project. You have a 7,000 meter program scheduled to begin later this month. Explain to me, Hugh, where the focus will be on that drilling.

And then, we'll head up to Haidee where we want to continue to grow the oxide resource for the restart PFS, which is underway; engineering work is already underway. And we've got some drilling up there; a couple thousand meters to do, following up an open target there. And then, we'll be drilling out in some of the outlying areas on the project where we want to do some more exploratory work.

We've got at least a half a dozen targets on the Arnett side of the property that we haven't touched yet, and we want to get in and do some RC drilling in those locations. So lots of drilling this year. PFS by the end of the year. And all of this on a brownfields site with existing infrastructure we can redeploy.

So I think there's a lot of aspects to this that are relatively low risk in a choppy market for investors to get exposure at a price which is no different today than it was five years ago when we had just those dreams of finding the four or five million ounces of gold that we've located today.

Gerardo Del Real: You have the four; I think getting to 5 million ounces is a stone's throw away, and I am excited to see what this year's drilling program turns up. Hugh, congratulations!

Hugh Agro: Thank you, Gerardo. I really appreciate your following and interest in the story. Thank you!

Gerardo Del Real: Thanks for your time, Hugh. Chat soon.