Gerardo Del Real: This is Gerardo Del Real with Resource Stock Digest. Joining me today is the President and CEO of Skyharbour Resources, Mr. Jordan Trimble. Jordan, it's great to have you back on. How are you? 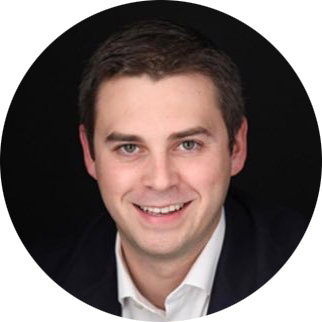 Jordan Trimble: I'm doing well. It's good to be back on. It's only been a week, but we're busy as you can see, and more news today.

Gerardo Del Real: Let's get to it. Another week, another deal. You just signed an option agreement with Tisdale Clean Energy to option the South Falcon East property.

I want to get to the details of the deal, but let me congratulate you. Because I've said it before, while the focus has been on the flagship, the high grade 100% percent owned Moore project, and now Russell Lake, you've done an excellent job of joint venturing and optioning out non-flagship assets. And this deal in particular strikes me as very, very kind of a win-win situation for both companies and for both shareholder bases. So with that, congrats and can we get into the details of the deal?

Jordan Trimble: Yeah, absolutely. So by the terms that you see there outlined in the news release, it is our largest, most significant option agreement signed to date, whereby Tisdale Clean Energy, through a staged earn-in, can earn up to 75%. It was key that we wanted to keep a minority stake in the project as well as an NSR. And obviously, much like our other option agreements and partnerships, a large equity stake in the company going forward. So they can earn up to 51% initially over a three-year period, and then they have another two years to earn up to a 75% interest.

When we look at the economics of the transaction and the option agreement, like I said, very significant for Skyharbour. So just about $10.5 million in exploration expenditures over that five year period. So a lot of exploration, a lot of drilling that'll be carried out. That's really what this project needs at this juncture, while we're focused at our core projects of Russell and Moore.

And then a significant amount, and this is key of cash and stock coming into Skyharbour, a total of about 11.6 million combined in cash, in stock; 4.6 million in cash, 7 million in stock. We have built in clauses in this agreement though that would force more cash payments if there's too much dilution with Tisdale.

And also, another key feature is our ability to have the final approval authority in the exploration and the drilling programs that will be planned. Most of the option in JV partnerships we have, the other company is typically the operator. But given Falcon, the history of this project, it was important to us that we do have some say in the exploration and in the drilling going forward. So they will be the operator, they will be doing the heavy lifting in the field, but we'll have a say in that work.

The project, just a quick history on it, so it's a project that we acquired years ago. It's an asset that has had a fair bit of historical exploration. There is the small Fraser Lakes Zone B deposit, 7 million pounds at a lower grade of 0.03% right at surface. We did a little bit of drilling there back in 2015. And we've done a couple small programs over the course of the last five to six years, but really haven't been able to go in there with any meaningful amount of money being spent in exploration and drilling work being carried out in the last five or six years.

So this is a major deal for us in that, again, it crystallizes value in the project. It brings in a very capable partner company that's going to be spending the money to advance the project, to value-add the project. We benefit assuming that they earn-in with the retained minority interest in the project with an NSR and with, again, a fairly large equity stake in Tisdale as well as a very meaningful amount of cash coming in over the course of that earn-in option. It'll fortify our treasury, it'll keep the dilution down and then again, it'll allow us to focus at our core projects.

So that's a significant amount of cash stock and then exploration being funded by these partner companies. As I mentioned, seven partners, five of which are option earn-in partners, two of which are JV partners. And four of those options have been signed and announced here in the last 12 months. So it's been a very, very busy year for us.

We still do have other 100% owned earlier stage or secondary projects that we are in negotiations with other companies on. But it really is a very accretive deal for us and it adds to the news flow, the catalyst-rich nature of Skyharbour over the next 12 months.

We're now gearing up, as we talked about in the previous interview, for our largest combined drilling campaign over the next 12 months ever carried out by the company. So we will be funding eight to 10,000 meters of drilling at our core projects of Russell Lake and a little bit at Moore Lake. And then we have the partner companies that will add to that, for a total of at least now 25 to 30,000 meters of combined drilling over the next 12 months.

Gerardo Del Real: I got to say, these types of deals that you've been able to execute on over the past 12 months, Jordan, I don't believe the market really fully appreciates how well positioned shareholders are for the next leg up in the uranium bull market. You and I have seen cycles where everything all of a sudden gets hot and when you have the amount of projects that are going to be receiving the amount of drilling, partner-funded drilling, it gets really exciting, real quick when people start paying attention again. And again, that's not to discount your flagship Moore project or Russell, but definitely, definitely have an appreciation for executing these deals during what's been a consolidation in the uranium space, while the spot price settles right near the $50 level. But I think both you, I, and anybody that's familiar with the sector can read the tea leaves and sees that spot price going much, much higher. Anything to add to that, Jordan?

Jordan Trimble: No, I think that's a great summary of what we're seeing here. And to emphasize that point, I think the market will eventually wake up to the importance of these transactions and these partnerships, having multiple irons in the fire, having partner companies fund the exploration across now over half a dozen projects that'll be getting drilled, that'll be getting advanced by these partner companies.

That really sets the stage for us to offer investors real exposure to new discoveries in the Athabasca Basin. I don't think there's any other company out there that has that kind of diversified project portfolio with partner companies funding the bulk of the drilling and the exploration, but also offering that direct exposure at the core projects of Russell and Moore to additional high grade discoveries.

I think it's important to note, I don't want to gloss over the main projects here. As your audience and you are well aware, Moore Lake, it's been the flagship for a better part of the last six years. We're continuing to advance that project. There's high grade mineralization and a small high grade deposit at the main Maverick Zone, East Maverick Zone. It's open along strike and at depth, there's a handful of regional targets that are mineralized that deserve more drilling.

But with the addition of Russell Lake adjacent to Moore Lake, again, very strategic acquisition and landholding for Skyharbour, we are going to have a lot of news flow coming out of that project and Moore Lake as we co-advance them. The bulk of the drilling over the next 12 months will go into Russell Lake testing some of these targets that we think haven't fully been drill tested by previous operators. There is high grade uranium and historical drilling at the project, but it's a big, big property. There's lots of targets. The previous drilling was fairly widely spaced and exploratory in nature.

So we think there is the potential, the opportunity for Skyharbour, for us, to go in and deliver a new high grade discovery in what is deemed to be prime real estate in the Athabasca Basin, wedged in between the McArthur River mine, the Key Lake Mill to the south, Denison's Wheeler River Project to the west, and our flagship Moore Lake project to the east. And again, there's a road there, there's power lines, There's a 40-person exploration camp. So our drilling and exploration costs at Russell and at the adjacent Moore Lake will be significantly lower to battle some of that cost inflation we've seen in the industry.

So we're gearing up for a program. We'll have news out on the details of this program shortly. We are gearing up to commence the drilling before the holidays here. And we're looking at a multi-phased drill program at Russell over the next 12 months, fully funded.

Gerardo Del Real: A lot to like. Jordan, thank you for that update. Appreciate it, as always.

Jordan Trimble: Thanks a lot, Gerardo.