Uranium Energy Corp. (NYSE-American: UEC) CEO Amir Adnani on UEC’s Power-Position in What’s Shaping Up to be a Uranium Bull Market for the Ages

Gerardo Del Real: This is Gerardo Del Real with Resource Stock Digest. Joining me today is the president & CEO of Uranium Energy Corp. — Mr. Amir Adnani. Amir, I can't think of a better person to be talking to this Friday. How are you today? 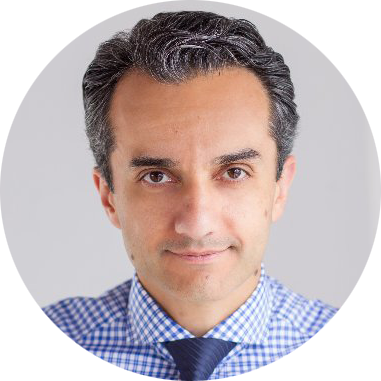 Amir Adnani: I'm great. How are you doing Gerardo? It's good to connect with you, and we’ve got lots to talk about and cover.

Gerardo Del Real: I am well, thank you for asking. We absolutely do. And the reason I say there is no one I'd rather be talking with this morning is because of the news that we received this week from the Department of Energy. I'd love to get your take.

I know you're involved very heavily behind the scenes. I know your views on energy independence and how the US and North America can play an important part in that. So this news has to be as bullish as you could possibly get for the start to the second half of the year, right?

Amir Adnani: Yeah, Gerardo, I've spent 18 years of my life banging the table and talking about the importance of having domestic capabilities to mine uranium. One in every five homes in America is powered by nuclear energy. That means uranium is needed. And you could argue one in every ten homes in America has been powered by ‘Russian’ uranium all this long because 50% of imports into the US have been coming from Russia for nuclear fuel and uranium.

And so this, I feel like, has been a lifetime of effort and thinking and planning and building from my perspective because this is exactly what Uranium Energy Corp. has had as its business plan and mission statement all along — to build US-based uranium projects and mines and operations and people. I'm just very sad and it's unfortunate that it took a war for the government in the US and finally this administration to take action and to start to take action that clearly demonstrates we're going to have a bifurcated market moving forward. It's going to be an east versus west type of market.

The Department of Energy in the US is asking Congress for billions of dollars to put towards US uranium conversion enrichment. I think other politically-stable jurisdictions that are US allies, namely Canada, will be benefiting from this bifurcation as well. And so the long and short of it is yes, and in a way, I couldn't think of a more historic event and I feel like, again, after such a long period of committing what we've been doing at Uranium Energy for this cause, we're finally seeing the development that validates why we built this company the way we did.

But again, I'm sorry that it's taken a war and, of course, all the human casualty elements of this war for us to end up at what we're calling good news for our sector. But it is what it is… and that's the nature of the world we're in right now. And I don't think it's just uranium; I think there's a lot of discussion going on in energy, around energy independence, national security, energy security — are really big topics right now. And uranium is one of a number of, I think, key commodities that we need to think about having access to from our own backyard.

Gerardo Del Real: That's very well said. Human toll aside, which, obviously, I couldn't agree with you more, Amir, as to the human cost and just the frustration that exists, I think, for everybody that's got a pulse, right, that it took what it took for us to act. But the bottom line is or does appear to be bipartisan support to get this done.

Uranium Energy Corp., you mentioned, you've spent the last 18 years petitioning and lobbying for a better way forward, and I think I have to give credit where credit is due. Uranium Energy Corp. is very well-positioned. You and the team have done a brilliant job of putting it and shareholders in a position to really benefit from the positive aspects of the news that was delivered this week. Can you speak to that a bit?

Amir Adnani: Well, you definitely have to have a long-term view in the resource business. We've had that approach. What we have today in Uranium Energy Corp. is, by far, the leading company in the United States when it comes to uranium development and mining. We have a portfolio that is larger than any other company in terms of total resources in the ground that are, first of all, fully-permitted for production. Second, benefiting from the low-cost environmentally-friendly in-situ recovery method.

We're only active in states where those states support uranium mining and local stakeholders and, from a community point of view, there's support for uranium mining. We're not operating in any states where there's opposition to uranium mining. And this is really key because in today's world, in any world, you need to have social license today with the greater role that ESG plays and ESG-focused funds play in capital allocation.

It's really key that you're developing projects in states and areas where you have local support and there's a regulatory framework to permit. It doesn't get better than Texas and Wyoming in the Western hemisphere. These are states that have multi-decade histories of uranium mining. Our own company, we're a proven uranium miner. We mined uranium in 2010 and mined uranium for a number of years before shutting down due to the low uranium prices that the world experienced from 2011 until last year, basically, when we've seen this incredible resurgence.

But you look at it, Gerardo, we have two production platforms between Texas and Wyoming. We own two fully-built and licensed processing plants. We can process our own uranium at these locations. Eight different satellite projects that could be mined using the low-cost in-situ recovery and shipped to our central processing plants — close to 150 million pounds of uranium in the ground in all categories of compliant resources. By far, the largest S-K 1300 compliant resource report in the US that was issued recently was the one we put up for the Wyoming projects.

This company is in its strongest position from a balance sheet point of view relative to other uranium companies on the planet. But in the US, definitely, in a leadership position to restart production and be a reliable source of supply to the US government and to US utilities and Western utilities.

This gives us a very reliable way of getting access to uranium while we ramp up production. And it's a great balance sheet asset as uranium prices go up. All of our future deliveries and uranium that we've acquired so far are in-the-money or have appreciated substantially in value as the uranium price has gone up.

Gerardo Del Real: I've described the uranium equities trading pattern as a two-steps-forward, one-step-back type of situation. I think we've seen that recently. And I think the step back that a lot of the equities took is, in my opinion, probably at or near completion.

Amir Adnani: In any commodity that's been in a bear market for over a decade and where there's been underinvestment, you start by looking at supply/demand. And we look at supply/demand today after a decade of no investment in mine development and a really long bear market. Again, for most listeners, normal commodity ups and downs are where you might have three bad years and two good years. We had over 10 bad years in uranium, okay? So this is an unusually long bear market. It doesn't get worse.

Now with that, we arrive today and we have a market that is going to be consuming close to 200 million pounds of uranium annually, producing 135 million. So you have a 65 million pound structural deficit this year. At that supply deficit compounded over the next seven or eight years to the end of the decade is over 400 million pounds. And so, these are big numbers.

So then you ask yourself, ‘Great, the uranium price is up as a result,’ which it is; it's gone from US$25 a pound to US$50 a pound year-over-year. That's a big move. So, ‘Hey, Amir, Gerardo, with this structural deficit, this big move in the uranium price, how many new uranium mines are under construction worldwide to stimulate the supply side?’ The answer is zero!

And so, where are we in this inning, getting back to your question, we’ve got to be in the first inning because what happens is, once you come out of a long bear market, the commodity price moves up, which it has in uranium. But then, you start to see mine development. And that mine development then starts to take pace and accelerate until you get to a market that's in equilibrium. At US$50, US$52 uranium, there's not a single brand new uranium mine under construction anywhere in the world.

There are a number of restarts. For example, our company is the leading player out there when it comes to a restart. What is a restart? That's a project that was built already. In our case, when we acquired Uranium One from the Russian government late last year — which was a really big transaction for us; the biggest M&A deal in the sector — the Russians had spent $400 million dollars building these assets over the last decade. This, for us today, constitutes a restart.

But how many new projects are being built? The answer is zero. So what does that mean? The price of uranium at US$50 to US$52 per pound is nowhere near what would be deemed incentive levels to see worldwide projects get developed. Until that happens, we're in the early innings of what this new uranium bull market is all about. And whether that incentive price is US$75 or US$100 per pound, time will tell.

Now, imagine if you're building a billion dollar mine. And that's what a brand new mine is going to cost. A brand new mine isn't going to be a simple exercise to just put a few million dollars in and build something. Brand new mines are going to take years and hundreds of millions of dollars in the industry to be built. So, I believe we're in the very early innings of this new uranium bull market. We know we're in a bull market because the price of the commodity has signaled that to us with a big move year-over-year after a decade of just doing nothing.

And now — whether it's the supply/demand fundamentals or the global move towards decarbonization and the importance that nuclear power is receiving as a key ingredient in the energy mix moving forward to help reduce carbon levels and decarbonize — this is a whole new setup from a positive point of view for nuclear that we've never seen before. I've never seen the stars align, in my almost 20 years in the sector, the way they're aligning right now for nuclear energy and for the fundamentals of the uranium sector.

Gerardo Del Real: Amir, well said as always. Thank you so much for your time and your insights and looking forward to chatting, catching up, and connecting in person soon.