Gerardo Del Real: This is Gerardo Del Real with Resource Stock Digest. Joining me today is the president and CEO of Velocity Minerals, Mr. Keith Henderson. Keith, it is great having you back on. How are you, sir? 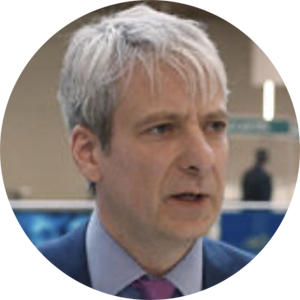 Keith Henderson: Oh, I'm fantastic, thanks. Thanks for having us. I really appreciate it.

Gerardo Del Real: It's been a quiet couple of quarters, and I thought this was a really good opportunity to remind the market that you have a gold-copper project in Bulgaria that is extremely, extremely attractive for several reasons, not the least that you're drilling right now, that you have samples from a target you're drilling that grade up to 12.14 grams per tonne gold over 3.3 meters, including a meter of 37.9 grams per tonne gold. And oh, by the way, I think the company and this project makes perfect sense for a suitor to come in and take it out.

So I'd love for you to comment on the commencement of drilling, and then let's chat a bit about why this project is so strategic.

It's in a belt that comes all the way down through Serbia then comes through Bulgaria, and then completely continues from there through Turkey, ultimately into Iran, et cetera. It's called the Tethyan Belt. This is a belt that's full of really, really attractive and world-class deposits, particularly in Serbia where it's been heavily explored. In Bulgaria, much less explored, and Bulgaria's got more of this belt than Serbia does. But there's these attractive little pockets, like what we've found here, where it just has not been explored before and it's a remarkable thing.

So we basically did all of the surface exploration at surface as we would tend to do. We've done geochemistry, geophysics. We've developed layers and layers of data. We've come up with some really good drill targets. Now we're drilling and we're excited to be doing that.

The target here is pretty much on surface. It's near surface. We're searching in this particular target for gold, and we hope to be able to put a deposit together. As you pointed out, we've had some really good success with rocks at surface. We've had lots of good channel samples at surface. We've had individual samples up to 56 grams per tonne, and we're sitting on a target that's about two and a half kilometers long, and it's never had a single drill hole in its entire life so we're very lucky to be the first ones to drill this.

You have several other projects in the portfolio. I mentioned one that is pretty strategic, that being the flagship. Can you speak to the rest of the portfolio for those that may not be familiar with the Velocity Minerals portfolio?

Keith Henderson: Yeah, sure. We've got a flagship project called Rozino, which is like 460,000 ounces of reserve. It's got a prefeasibility study on it and we're putting it through a mine permitting process right now. So we're getting into some pretty heavy, serious engineering work that will feed into the permitting process. We hope that it will come out from the other side of that process with a mine permit and with that one ready to go.

It's an interesting asset because it's located just 20 kilometers away from Dundee Precious Metals' Ada Tepe deposit. Dundee have been operating at a Ada Tepe for a couple of years now. It's a beautiful asset, very high-grade at surface, but kind of a short mine life. Dundee really haven't been able to put together any additional resources surrounding that. So in about four years' time, Ada Tepe runs out of ore and the only significant resource or resource of any kind that's sitting within 50 kilometers of Ada Tepe is our Rozino project. So we think it's strategic for that reason and we think it may well be attractive to Dundee down the line to come and take a look at it.

We've got other deposits in this region as well and we've got Obichnik which we drilled a couple of years ago. It's a smaller one. We've got 130,000 ounces there, but we've got applications for properties surrounding it that hopefully we'll be able to expand that significantly in the near future.

We've got a third project called Makedontsi. We don't have a resource there. It's got a historical resource on it, a couple hundred thousand ounces, and we need to get in and finish drilling that project. We've also got a project, a license that's been issued to us surrounding that. Again, that's just room for expansion to hopefully try and make these into bigger deposits.

So these are three assets in fairly close proximity to each other, and each of them would feed through to the CIL plant. We have access to a CIL plant that's operating through our partner Bulgaria and that's a really, really strategic asset for us. It's the only CIL plant in Bulgaria that's permitted and operating so that's a real advantage as well.

Gerardo Del Real: That's a lot of, one, robust resource that seems like a strategic takeout target, two, an exploration project that it seems really right now you have up to a hundred percent of that project. What's the current market cap at right now, Keith?

Keith Henderson: Oh, maybe $40 million, 45 in a good day. We're suffering the same pain as everybody else at the moment, but I think there's a better market coming, that's for sure.

Gerardo Del Real: I absolutely agree with you. It's why I reached out. I'm glad to see the drills turning. I'm looking forward to having you back on here for what I imagine to be a much busier second half of the year than we've seen here recently.

Thank you so much for your time, Keith. I appreciate it.