Gold’s sideways trading pattern since mid-June — in that sort of $1,700 to $1,800 range — is presenting a buying opportunity in select junior gold stocks. And if you believe in gold’s intrinsic value as a key inflation hedge, then it doesn’t require much more than seeing the prices of pretty much everything else heading skyward to understand we’re setting up for much higher gold prices in the near future.

The Fed, once again, finds itself stuck between a rock and a hard place as it wishfully places the “transitory” stamp on inflation while floating a near-term timeline for the tapering of asset purchases. We’ll get a better sense of just how much tightening Powell & Co. have in mind when they meet next in early-November.

To be sure, the Fed’s easy-money policies over the last few years have created the monster, and they now have to continue feeding it or risk total collapse of the house of cards they’ve so egregiously constructed. With so few bullets left in terms of possible tapering and/or raising — inflation will ultimately prove non-transitory which, of course, is bullish for gold.

So while we’d much rather be in a higher gold-price environment now, the bottom line is we’ve entered a temporary, yet advantageous buy-window in the juniors as we await what we hope and believe will be a firm rebound above $1,900 an ounce in the not too distant future.

In the meantime, here's recent material from Magna Gold...

Magna Gold Corp. (TSX-V: MGR)(OTC: MGLQF) — currently trading around C$0.83 per share — has announced Q3 gold production of 19,102 ounces at an estimated cash cost of US$1,134 per ounce from its flagship, 100%-owned San Francisco Mine located in Sonora, Mexico.

Q3 represents the first full quarter of commercial gold production from the mine and is a 63% increase over the previous quarter. The Magna team was also able to reduce the strip ratio from 2.62:1 to 2.5:1 — a significant mining operations improvement that should translate directly to the company’s bottom line.

“I am beyond pleased with all the progress the team has made. During the month of August 2021, the San Francisco Mine produced ~7,000 oz of gold. Having been involved with the mine since its inception, I can confirm that August 2021 ranks amongst the best months in the history of the mine. Q3 2021 was the first full quarter of commercial production since Magna acquired the mine and the team continues to optimize and improve operations daily. As production continues to ramp up, we look to exit the year with monthly production of >7,000 oz/month.”

Keep in mind that that estimate of ~7K/oz of production per month would equate to around US$150 million in potential gold sales per annum at current prices — or nearly triple Magna’s current market cap of US$56.5 million. Thus, it’s easy to see the potential growth opportunity there.

On top of that, Magna reports that it’s now drilling its high-grade Margarita Silver Project in Chihuahua State, Mexico, where the company is on-track to release a maiden resource estimate and PEA by the end of Q1 2022. 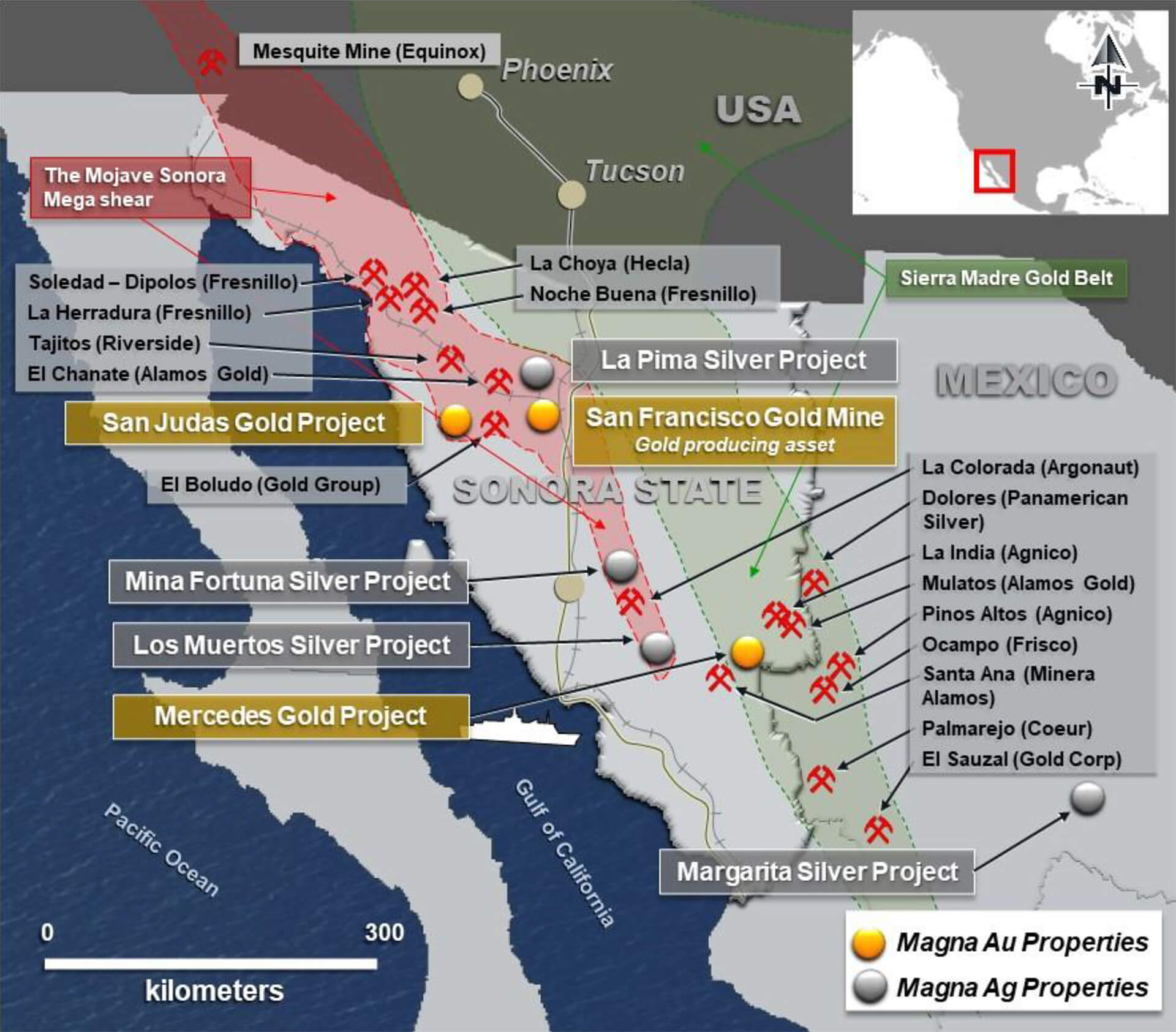 Magna offers exposure to gold-silver via active production plus multiple exploration projects (see image above) at varying stages of development in Mexico. For speculators, that means lots of news flow over the coming quarters in what we anticipate will be a rising market for both gold and silver.

And be sure to read our feature report on Magna Gold.

P.S. Click here for a brief video introduction by Nick Hodge on this undiscovered gem that’s poised to help lead America’s uranium production resurgence back to its glory days. 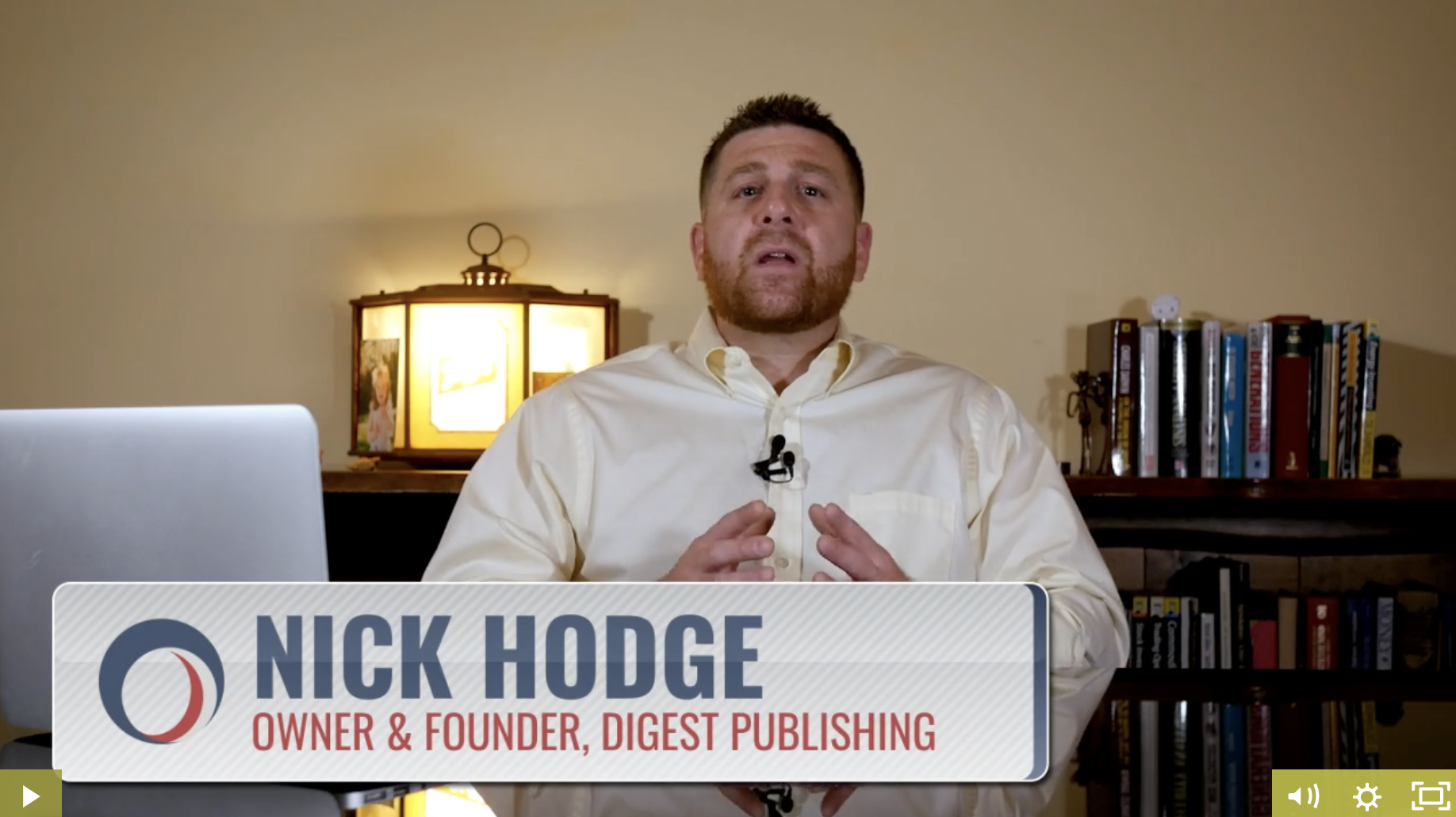