ACME Lithium Inc. (CSE: ACME)(OTC: ACLHF), currently trading around C$1.10 per share, has received approval of its NOI (Notice of Intent to Drill) for its Clayton Valley Lithium Brine Project in Clayton Valley, Nevada — the epicenter of lithium development in North America.

ACME is now in the final stages of completing the preparatory work required to commence drilling operations at Clayton Valley — including securing drilling and hydrogeological services as well as additional required permits.

ACME’s Clayton Valley (CC, CCP, JR and SX claims) and Fish Lake Valley (FLV) properties represent the flagship and are situated nearby to the Silver Peak Lithium Mine — owned and operated by US$2.5B Albemarle Corp. — which has been in production for more than five decades. 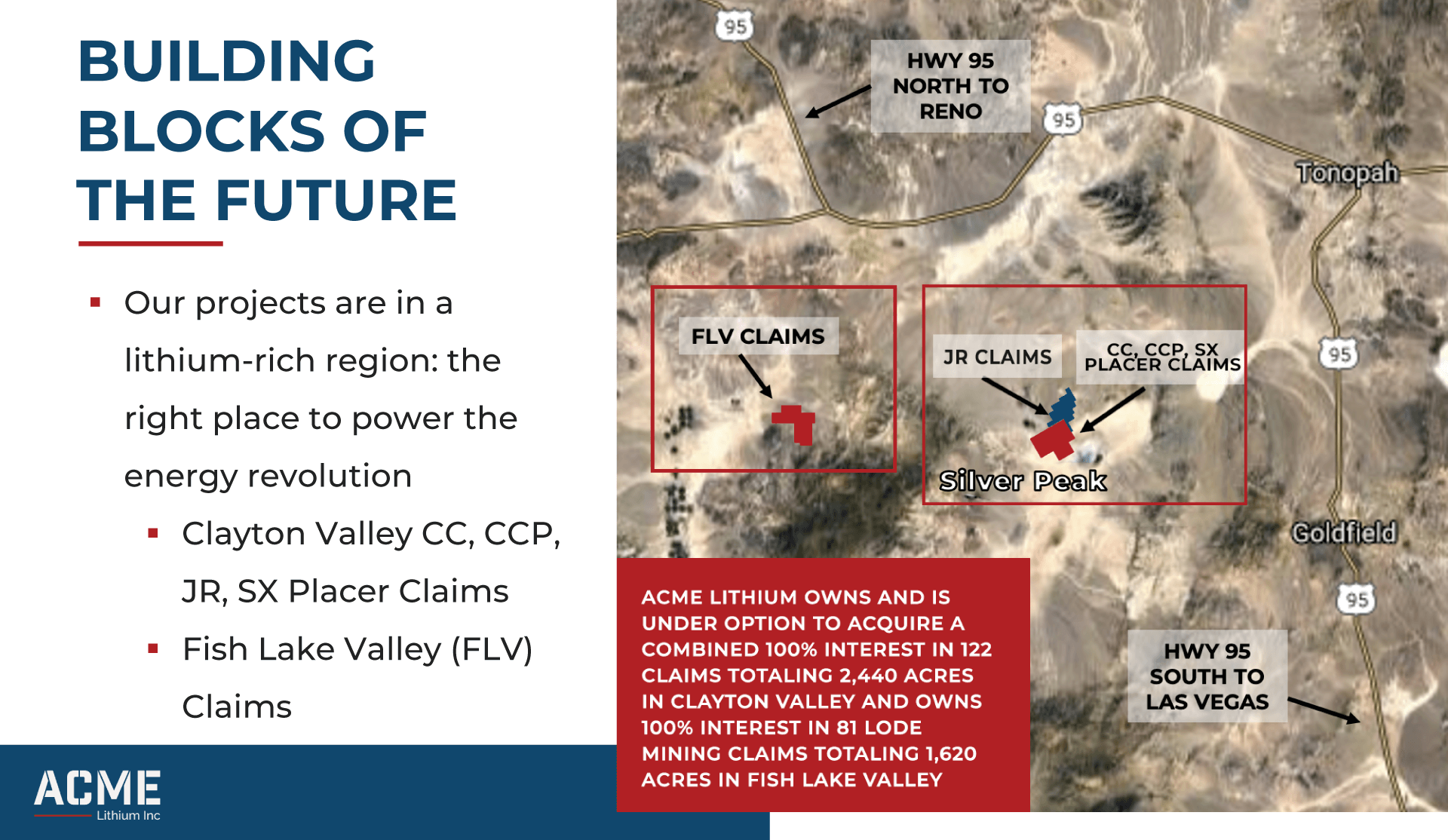 ACME Lithium CEO, Steve Hanson — whom you’re about to hear from directly via our exclusive interview — commented by press release:

“We identified the south east region of Manitoba as a global area of focus and opportunity for emerging and developing lithium projectsIt is critical that we invest and ultimately boost domestic lithium supplies sustainably to ensure our needs are met for the long term.”

The northern and southern limbs of the BRGB contain a minimum of ten pegmatite fields hosting hundreds of individual pegmatite bodies, of which many are classified as complex rare-element Lithium-Cesium-Tantalum (LCT) pegmatites — making the district highly-prospective for potentially mineable lithium deposits.

The ACME team has now staked 21 claims totaling approximately 8,880 acres in the southern limb of the BRGB straddling a 15-km-long structural trend of the Greer-Shatford Shear Zone with numerous pegmatite dykes and favorable host rocks. 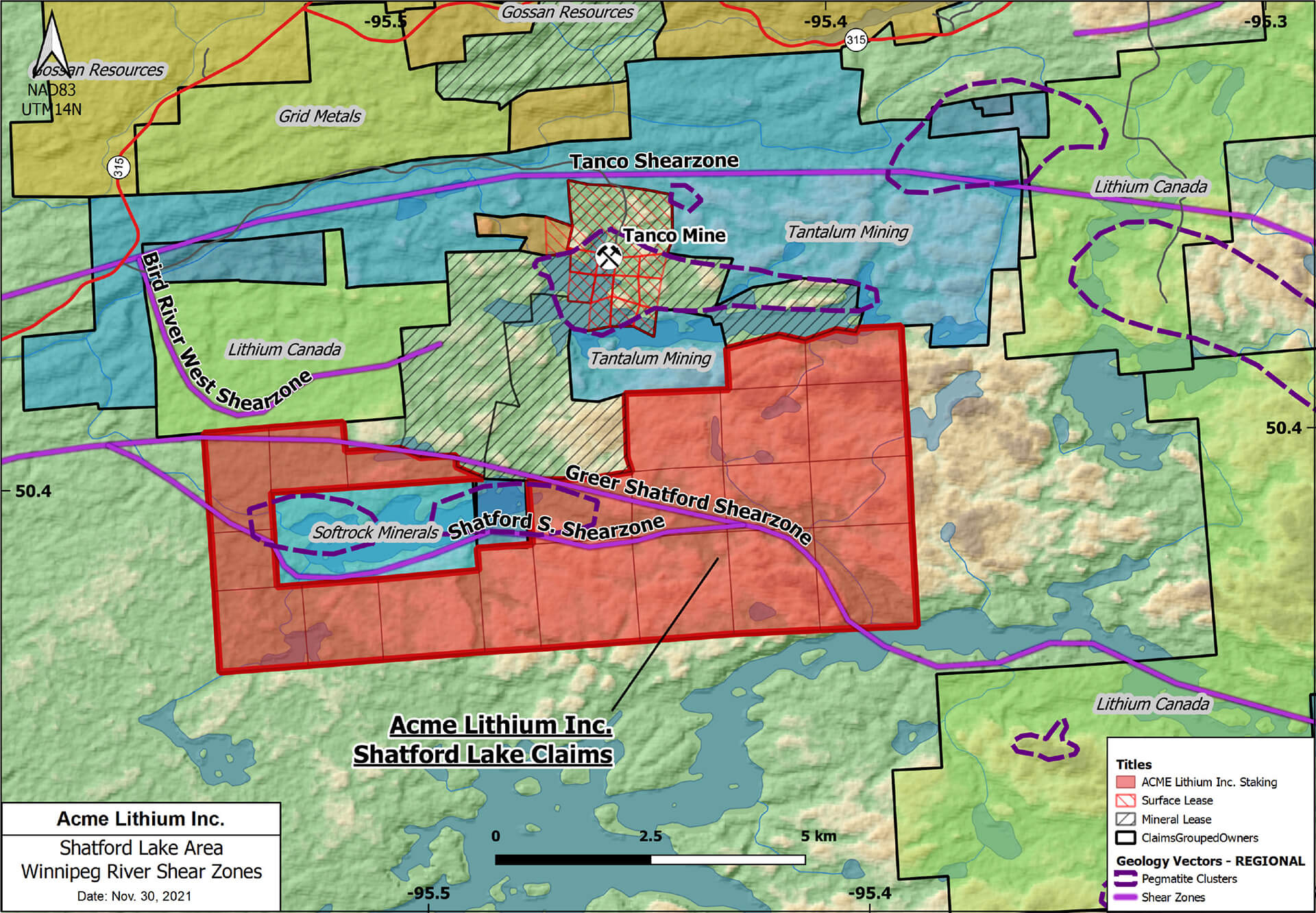 The northeast corner of ACME’s property abuts the Mineral Lease of the Tanco Mine and the south shore of Bernic Lake with the Buck, Pelgi, and Dibs pegmatites nearby.

ACME has also staked 6 claims totaling approximately 2,920 acres in the northern limb of the BRGB straddling the prospective Cat-Euclid Lake Shear Zone and extending along the southeasterly trend of known pegmatite occurrences.

Lithium Royalty Corp. is purchasing a 2% Gross Overriding Royalty on lithium or other metals over ACME's Euclid-Cat Lake and Shatford Lake projects. Lithium Royalty is also entering into a private placement with ACME at C$0.94 per unit, which will result in gross proceeds to ACME of approximately C$3.8 million. 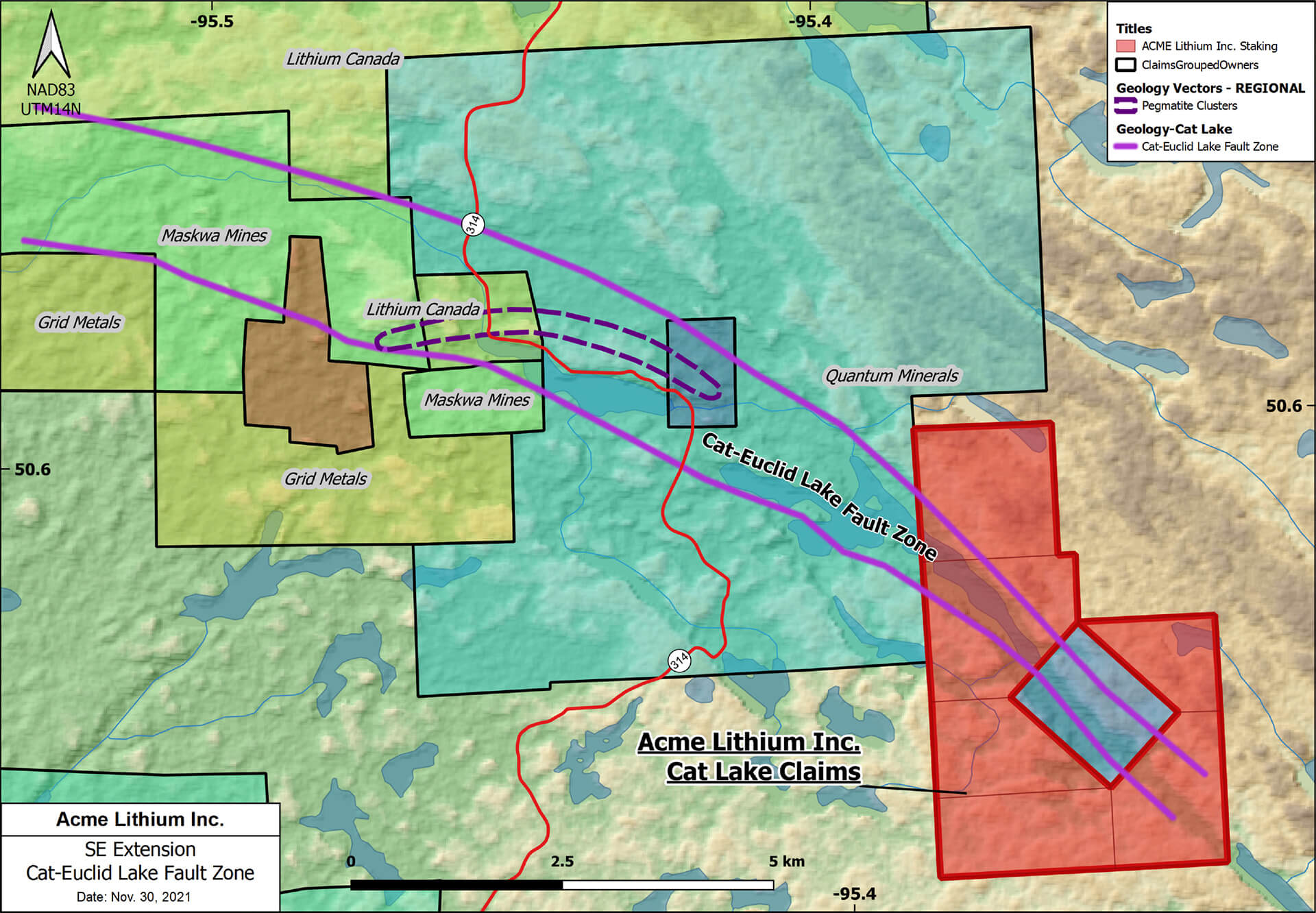 Australia's Mineral Resources Limited (OTC: MALRF) — one of the world's leading lithium producers with a market cap north of US$7.5 billion — recently signed a JV agreement with Lithium Canada Development to the west of ACME's claims.

With the rise of EVs globally, lithium demand is rapidly accelerating throughout North America with a renewed focus on securing adequate domestic supply to meet the growing requirements of the US and Canadian markets. As a result, lithium prices surged some 400% during calendar year 2021.

Industry experts suggest that up to 20 times the current supply of lithium globally may be required over the next ten years to satisfy demand — representing a significant shortfall ACME Lithium hopes to feed into via the advancement of its growing base of North America-based lithium exploration projects.

ACME is well-funded and — upon completion of the newly-announced C$3.8 million private placement by Lithium Royalty Corp. — will have approximately C$7.5 million in the treasury.

Gold is extending gains to start 2022!

In a matter of months, the price of the yellow metal has risen from US$1,720 per ounce to currently well above US$1,800.

Submit your email address below to get our latest report on the best gold stock to buy now!