Fission 3.0 Corp. (TSX-V: FUU)(OTC: FISOF) — currently trading around C$0.20 per share in a rising uranium market — has encountered anomalous radioactivity in the current drilling round at the Broach Lake target at its 100%-owned PLN project in the southwestern Athabasca Basin region of Saskatchewan, Canada.

Broach Lake is just one of two untested targets at the PLN project where drilling is underway via a 6-hole winter program. The company is also testing the N Conductors in the northern part of the property. 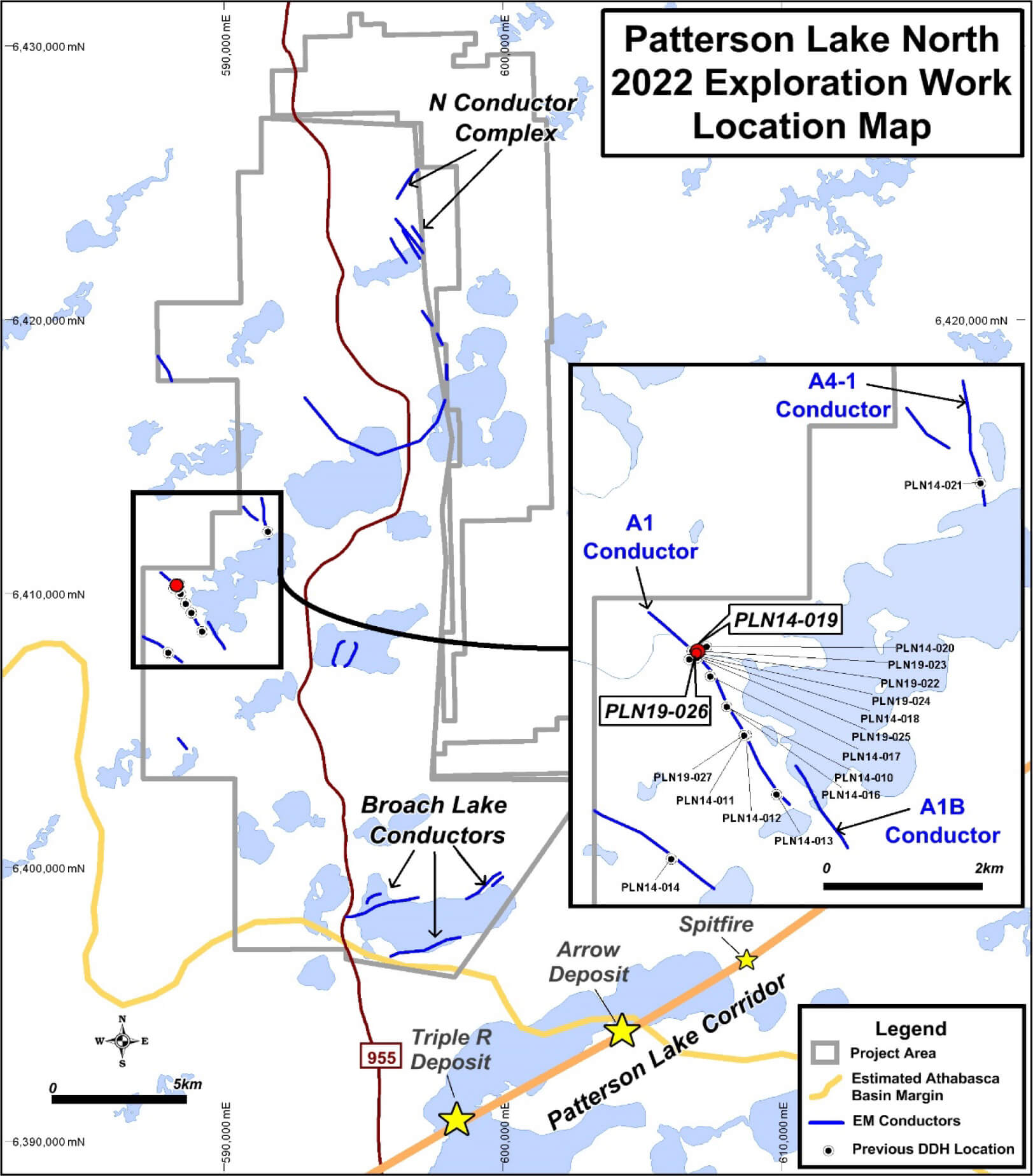 Hole PLN22-031, which intersected anomalous radioactivity in the basement rocks, is the third drill hole completed at the Broach Lake target. The first two holes encountered dravite, which is considered an important pathfinder mineral in uranium exploration. The program will wrap up with the completion of the final two holes followed by the release of assays.

“Encountering the right structural setting, graphitic mylonitic shear zones, dravite clay and anomalous radioactivity on our 1st pass of drilling at Broach Lake, very much elevates the potential for uranium mineralization at this target area. These are important features in nearby deposits such as Fission Uranium's Triple R and NexGen Energy's Arrow deposits. The technical team is encouraged by the results of the Broach Lake so far.”

With a robust portfolio of 16 uranium exploration projects in the Athabasca Basin region, speculators can expect a steady stream of news flow from the company over the coming quarters, including forthcoming drill results from PLN, with which to potentially drive values forward.

Additionally, Fission 3.0 has commenced ground geophysics at its 100%-owned Cree Bay uranium property in preparation for drilling, and Traction Exploration Inc. has signed an LOI to earn into the company’s Hearty Bay and Lazy Edward projects — all located in the Athabasca Basin region.

Plus, the timing appears spot on with uranium now trading at multi-year highs above the crucial US$60 per pound mark as decarbonization efforts around the world intensify in the face of increased energy instability across much of the EU along with rising fossil fuel prices globally.

Be sure to check out our feature report on Fission 3.0 Corp. as the uranium bull intensifies.