Coverage made possible by the sponsorship of our featured companies: Click here to see more about Vizsla Copper

Vizsla Copper — which was spun out of Vizsla Silver (TSX-V: VZLA) in September of last year — is advancing its 100%-owned Blueberry and 60%-owned Carruthers Pass copper projects in mining-friendly British Columbia, Canada.

Upon closing of the Consolidated Woodjam Copper acquisition, VCU will be adding the Woodjam copper-gold exploration project — also located in British Columbia — to the mix.

Vizsla Copper executive chairman Craig Parry — whom you’re about to hear from directly in our exclusive interview — commented via press release:

“This transaction immediately positions the Company as a potential developer in the battery metals space, given the presence of several porphyry copper and porphyry copper-gold deposits on the Woodjam Project. We expect to see continued strength in the copper markets in the long term, with electrification demand and jurisdictional supply disruptions being key drivers.” 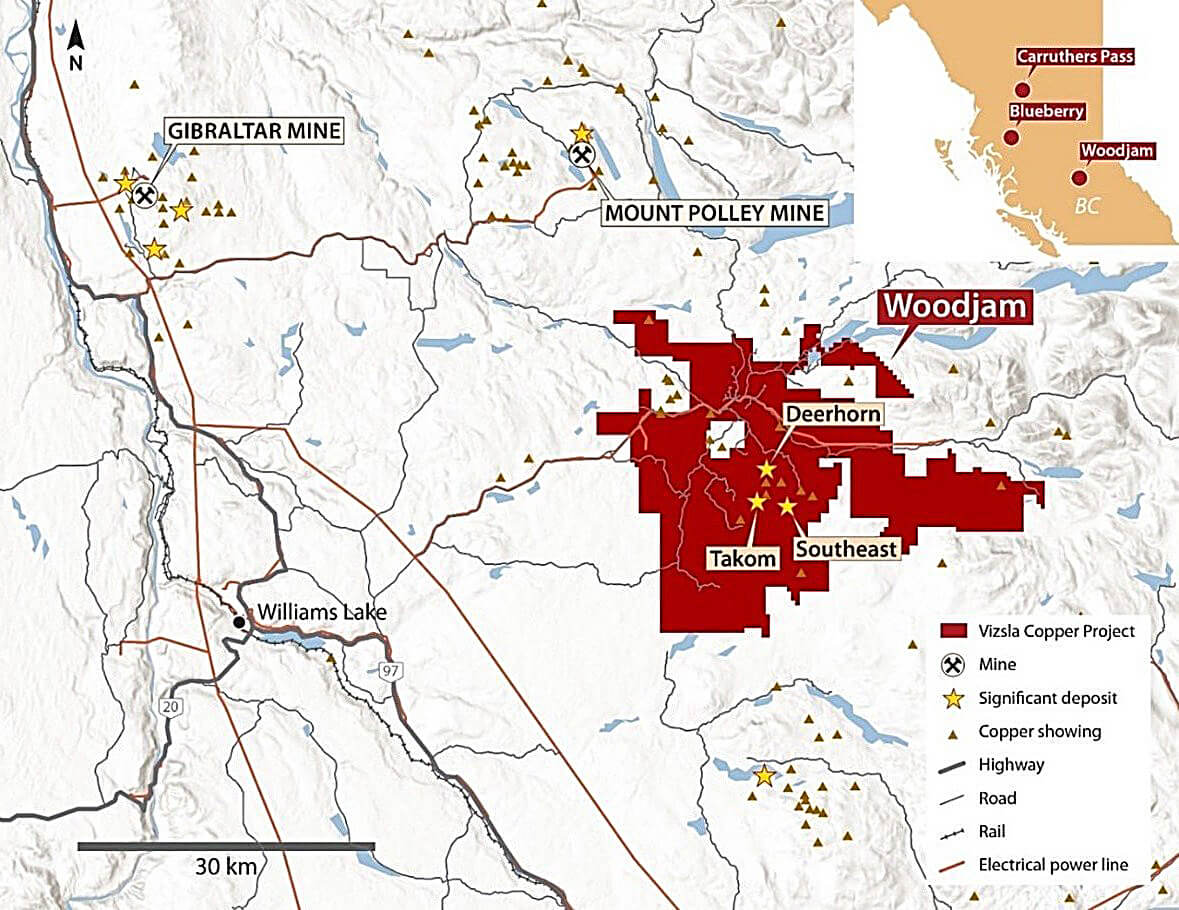 To date, six zones of porphyry mineralization, forming a 5-km-diameter cluster, have been identified through extensive mapping and drilling at the Woodjam project.

As part of the project’s development transition, Consolidated’s Bill Morton and Glen Garratt — both professional geologists — will be coming on as strategic advisors of Vizsla Copper.

For speculators, the addition of the Woodjam project to Vizsla’s Blueberry and Carruthers Pass properties offers exposure to the copper-gold exploration space via an impressive pipeline of expansion-driven brownfield and discovery-seeking greenfield projects.

The location of the three properties is ideal as year-round drilling is possible in this particular area of British Columbia… and the timing also looks spot on with gold poised to head higher in the coming quarters and with copper being rapidly elevated as a key green-energy metal in the global electrification-of-everything.

Our own Gerardo Del Real of Junior Resource Monthly caught up with Vizsla Copper executive chairman Craig Parry for an in-depth discussion on all-things VCU. Enjoy!