Coverage made possible by the sponsorship of our featured companies: Click here to see more about Westhaven Gold Corp.

Westhaven Gold (TSX-V: WHN)(OTC: WTHVF) — currently trading around C$0.40 per share — has released assays for the final 10 holes from its recently completed drill program at the South Zone of the flagship, 100%-owned Shovelnose Gold Project in British Columbia, Canada.

Highlights from three separate holes include:

The company reports that results received to-date from the South Zone add to the potential for a near-surface bulk-tonnage resource. With drilling now wrapped up there, the focus has shifted to the Forget Me Not (“FMN”) Zone as well as recently identified CSMAT (Controlled-Source Audio-Frequency Magnetotellurics) targets where exploration drilling is underway via two rigs.

Westhaven CEO, Gareth Thomas — whom you’re about to hear from directly via an exclusive interview with Mr. Del Real — commented via press release:

“These drill results at the South Zone once again confirm that we are dealing with a robust gold-silver system that continues to expand with drilling. The South Zone resource drilling is complete and drilling is now focused on recently identified exploration targets.” 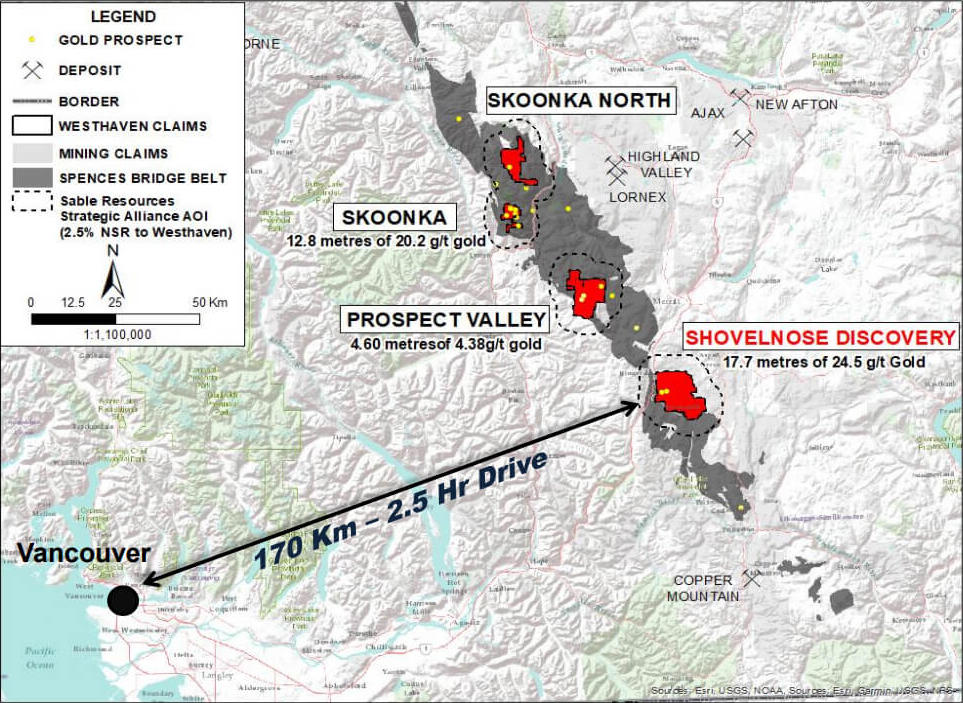 The CSAMT survey — which was conducted west and southeast of the South Zone — has identified multiple exploration/drill targets that may prove to be associated with zones of quartz veining similar to that of the South Zone.

Follow-up drilling is also underway at the FMN Zone where Westhaven previously intersected 16 meters of 9 g/t gold and 27 g/t silver.

Westhaven is hitting on its targets and has plenty more to explore via its multi-rig program at multiple target areas of the 43,500-acre Shovelnose property.

Speculators can expect additional drill assays in the coming weeks and months as the Westhaven team aims to put Shovelnose — and the widely underexplored Spences Bridge Gold Belt — on the map to the benefit of WHN/WTHVF shareholders.

Also, be sure to read our feature report on Westhaven Gold.