Huancarama! There’s Gold-Copper-Silver Down There!

Chakana Copper (TSX-V: PERU)(OTC: CHKKF) – currently trading below C$0.60 per share – has released yet another set of high-grade gold-copper-silver intercepts from its ongoing 15,000-meter drill program at the Soledad Project in central-Peru.

The newly-released assays are from the initial eight holes drilled at the eastern portion of the Huancarama breccia complex, where the company is targeting 5 primary gold-copper-silver breccia pipes exposed at-surface over approximately 200 meters.

The results represent the third discovery in a row for Chakana at the flagship Soledad property (Paloma East, Paloma West, and now Huancarama) where 26 of 28 holes reported from the current 15,000-meter program have produced significant mineralized intercepts.

Chakana CEO, David Kelley, whom you’re about to hear more from, commented via press release:

"Results from the initial scout drilling on the eastern half of the Huancarama Breccia Complex have confirmed a large, mineralized breccia with approximate dimensions of 100m by 50m. Holes SDH20-159 and SDH20-160 are particularly important as they demonstrate long runs of continuous mineralization with some impressive zones of high-grade encountered in SDH20-160. The breccia remains open at depth and the western half of the breccia complex is currently untested. The near surface mineralization encountered thus far may have bulk mineable potential. We are continuing additional scout drilling at Huancarama to further expand the area of mineralization, and we look forward to reporting additional drill results in the near future."

In the release, the company has included a number of images from Huancarama including some pretty spectacular looking drill core from 4 of the initial 8 holes: 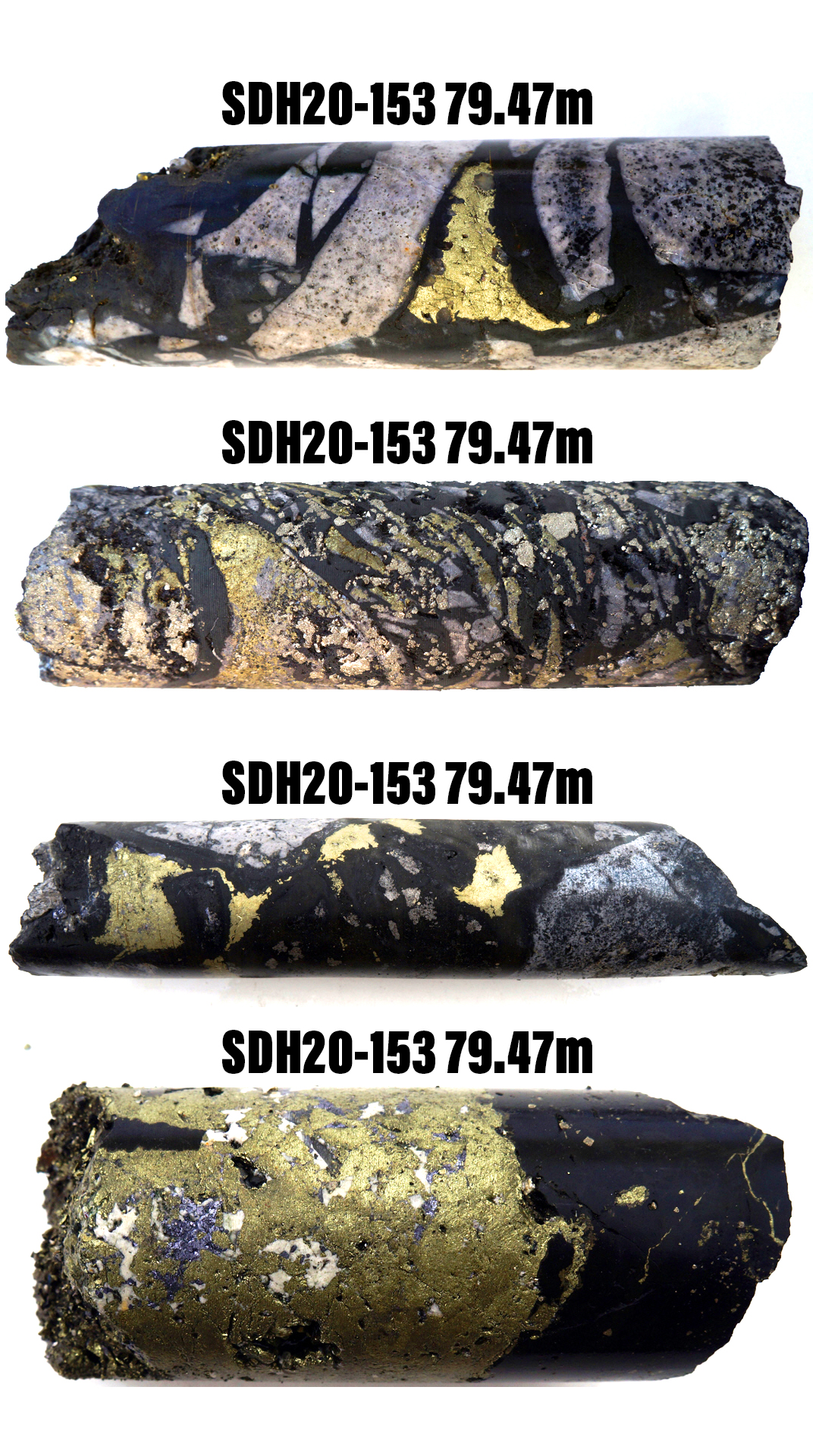 In total, 35,553 meters of drilling has been completed to-date at Soledad testing 10 of 23 confirmed breccia pipes with more than 92 total targets identified.

The plan for 2021 includes a lot more drilling at Soledad culminating in a maiden resource for the project, which means shareholders can expect a steady stream of news flow in the coming quarters.

Our own Gerardo Del Real of Junior Resource Monthly and Junior Resource Trader sat down with Chakana CEO, David Kelley, to discuss the latest drill results, the bulk mineability of the Soledad Project, and the exploration plans for 2021. You can listen to the interview here.

You can also click here for our most recent report on Chakana Copper.