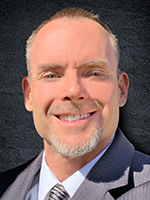 This most recent expansion of the previously delineated mineralized zone at Haidee is confirmed by way of the release of the final seven [out of a total of 30] drill holes from the company’s 2020 drill program at Haidee wherein all seven holes intersected near-surface oxidized gold mineralization.

Highlights from the final batch of assays include:

“Revival Gold exceeded expectations for the 2020 drilling program at Haidee. With complete results from all thirty drill holes now in hand, we can see that the footprint of near-surface oxide gold mineralization has indeed grown. The program further reveals additional stacked mineralized structures extending up dip to the north-east. Haidee remains open in all directions and offers the potential to significantly increase the mine life and reduce the expected strip ratio for the planned first phase heap leach operation at Beartrack-Arnett. Further Beartrack-Arnett drill results from additional zones are expected next month. Meanwhile, preparations have begun to resume resource expansion drilling in the spring.”

Following up on those results, Revival is currently making preparations for its 2021 field season, which will include a 5,000 to 10,000 meter drill program, ground geophysics in the Rabbit area, plus additional fieldwork on newly staked ground in the Arnett area.

Additionally, Revival is finalizing plans for a program of geotechnical and hydrological drilling plus further metallurgical testing and environmental and mine permitting preparations, of which details are expected to be finalized by the end of Q1 2021.

Remember, Beartrack is a past-producing open pit heap leach mine that was operated by Meridian Gold [now Yamana Gold; NYSE: AUY] and produced roughly 600,000 gold ounces — making it the largest past-producing gold mine in the state of Idaho.

The Beartrack Mine – which hosts a multi-million ounce gold resource and benefits from existing infrastructure including roads, powerline, and an existing ADR gold processing facility – was closed in 2000 due to ultra-low gold prices below US$300 an ounce.

Of course, gold is now trading 6X above those levels at approximately $1,850 an ounce — further highlighting the opportunity at-hand for Revival Gold and RVG/RVLGF shareholders.

Preliminary plans are for a first-phase restart of open pit heap leach operations to produce 72,000 ounces of gold per year at AISC [All-In Sustaining Cost] of $1,057 per gold ounce, followed by a second-phase mill operation at a much larger scale of production.

Our own Gerardo Del Real of Junior Resource Monthly and Junior Resource Trader sat down with Revival Gold CEO, Hugh Agro, for an overview of the latest drill results from the Haidee target plus a look ahead to 2021. You can listen to that interview here.

You can also click here for our most recent report on Revival Gold.