Infinitum has an option to earn-in 80% of the La Adelita project from Minaurum Gold (TSX-V: MGG)(OTC: MMRGF).

Phase-1 of the diamond drilling program — which is underway and will span 3,000 meters across 14 drill holes — is focused on areas within and adjacent to the existing mineralized zones, plus drilling on newly discovered zones such as the Cerro Grande Footwall, Pericos, and Las Trancas South. 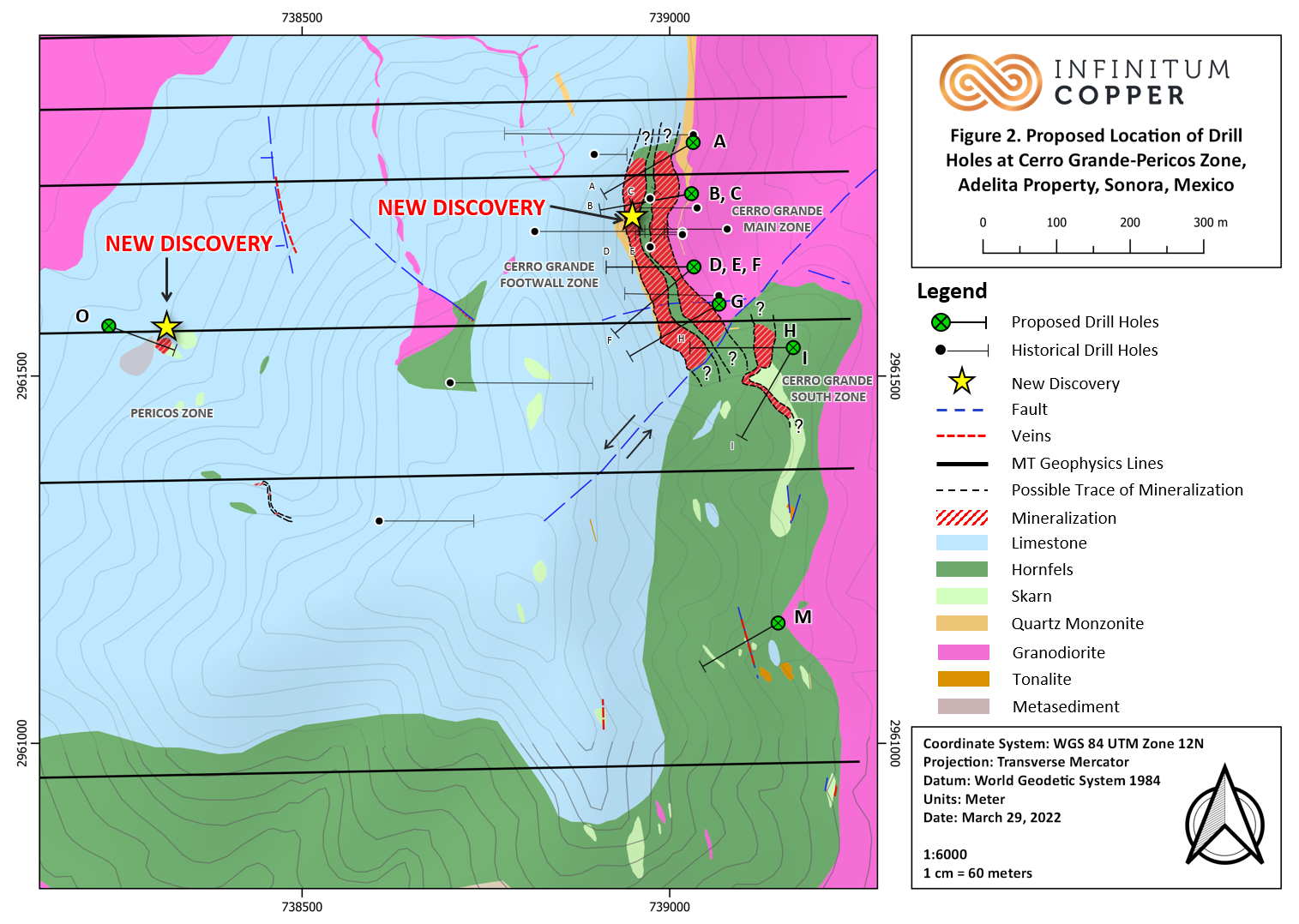 Phase-2 — which will run concurrently with Phase-1 — calls for 6,000 meters across approximately 20 drill holes with a focus on newer targets as identified through trenching, geophysics, and upcoming Phase-1 results.

Infinitum Copper CEO, Steve Robertson — whom you’re about to hear from directly in our exclusive interview — commented via press release:

“The initiation of drilling comes on the heels of our announcement of three significant discoveries at La Adelita from our ongoing mapping, prospecting and trenching program. That work has already confirmed our opinion that the mineralized system was underexplored, and I look forward to the next logical step in exploring this large hydrothermal system which is to initiate diamond drilling.”

Speculators can expect a steady flow of drill assays over the coming months as the 9,000 meters are completed. With copper trading near all-time highs above US$4.70 per pound, the start of drilling represents an exciting development stage for Infinitum as the La Adelita copper project is largely underexplored with only 7,300 meters of historical drilling.

With multiple zones of high-grade copper-dominant mineralization already discovered through surface sampling — and with host-rock similarities to the neighboring Alamo Dorado mine — any positive drill-hits from any of the three main focus areas could produce an upward rerating in the INFI share price.

Our own Gerardo Del Real of Junior Resource Monthly caught up with Infinitum Copper CEO Steve Robertson to go over the current 9,000-meter drill program, as well as a recently-completed trenching program, at La Adelita. Enjoy!

A global uranium supply gap can no longer be ignored!

Prices are rising fast… and so are uranium stocks.

The last time we saw something like this, the price of yellowcake roared all the way to $140. Well-timed investors could make 10X, 20X and even 30X gains!

Submit your email address below to get our latest reports on top uranium stocks to buy now!