Stocks, home prices, incomes (especially for the wealthy), and job openings are all at or near all-time highs.

The CRB (commodity index) is at a 5-year high. Next time an armchair economist or a journalist tells you that lumber being down is proof that inflation is transitory make sure to ask if he/she knows what’s in there. 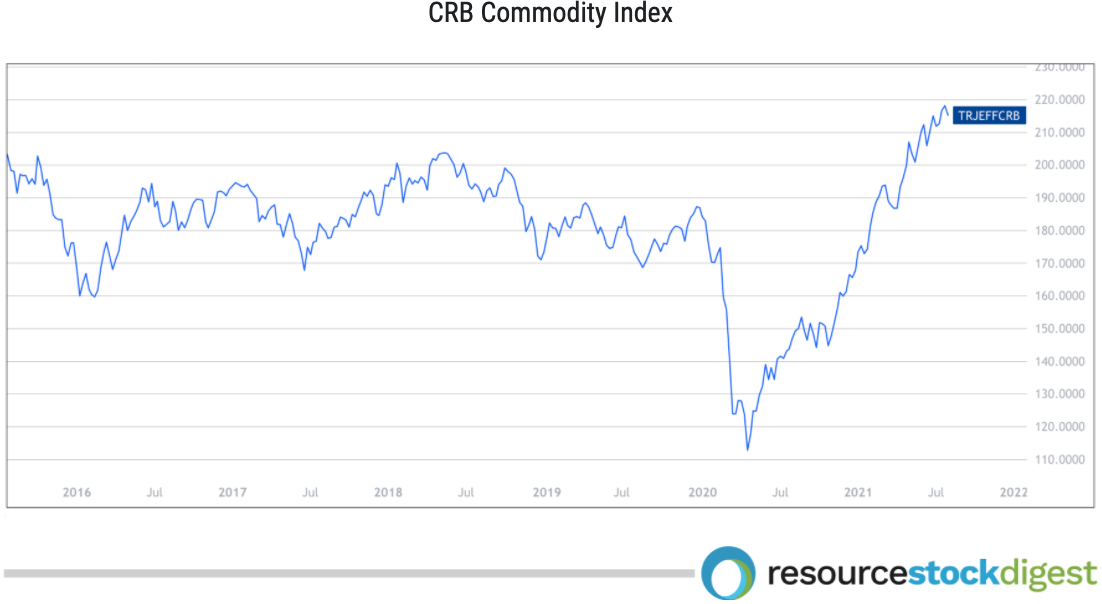 Don’t let the facts get in the way of trying to be right though.

You know what else is higher? Rent.

Rents have risen 5.1% since March, which is the fastest quarterly growth in Zillow’s data since — you guessed it — ever.

So while private equity continues to hollow out potential owners and convert them to permanent renters, the Fed continues to aid and abet by suppressing interest rates and making sure everyone knows it will continue to not talk about a different approach until at least 2023.

Addiction to easy money and double talk is not just a U.S. phenomenon. The ECB recently explained to everyone that it now has a “new symmetric inflation target.” I can’t make this stuff up because I don’t have to, the masters of the universe do it for me.

In a statement following its policy meeting, the Governing Council said it expects “key ECB interest rates to remain at their present or lower levels until it sees inflation reaching 2% well ahead of the end of its projection horizon and durably for the rest of the projection horizon, and it judges that realized progress in underlying inflation is sufficiently advanced to be consistent with inflation stabilizing at 2% over the medium term.”

The ECB said this “may also imply a transitory period in which inflation is moderately above target.”

I’m not the only one calling BS.

The Bank of England has become addicted to quantitative easing. It appears to be its answer to all the country’s economic problems and by the end of 2021, the Bank will own an eye-watering £875bn of Government bonds and £20bn in corporate bonds.

The scale and persistence of QE—now equivalent to 40% of GDP—requires significant scrutiny and accountability. However, the Bank has faced few questions until now. Going forward, the Bank must be more transparent, justify the use of QE and show its working. The Bank needs to explain how it will curb inflation if it is more than just short term. It also needs to do more to mitigate widening wealth inequalities that have resulted from rising asset prices caused by QE.

We took evidence from a wide range of prominent monetary policy experts and practitioners from around the world. These included former central bankers from the Fed, the ECB and the Bank of Japan. We found that central banks all over the world face comparable risks (emphasis mine).

QE is a serious danger to the long-term health of the public finances. A clear plan on how QE will be unwound is necessary, and this plan must be made public.”

Read those last two paragraphs again. Remove the word finances in the last one. It should read “QE is a serious danger to the long-term health of the public.”

You can and should read the entire report by clicking here.

It lays out the hypocrisy and danger of current policy around the world. Central bankers are trapped and think if they make up enough words and call the same thing a different name you and I won’t notice.

Gold is starting — just starting — to sense the end game won’t be a pretty one. Governments already know, which is why Janet Yellen is suddenly very receptive to the adoption of stablecoin rules.

A group of U.S. regulators plans to issue recommendations in the coming months for fixing any regulatory gaps around stablecoins, the Treasury Department recently said in a statement.

Quite the about-face from the same group that once mocked cryptos.

The move away from fiat currencies in their current construct is playing out in real time before our eyes.

The 10-year and real rates also realize a reset is afoot.

The next quarter could be a pivotal one for gold and by default the related equities.

The consolidation that started last August has lasted longer than most estimated.

It’s now summer time and despite a surge in COVID cases and hospitalizations — especially among the unvaccinated — people are out and the seasonal summer doldrums are here, meaning mostly sideways to lower share prices.

That means we have another month or so to buy things at steeply discounted prices.

For the past decade, Gerardo Del Real has worked behind-the-scenes providing research, due diligence and advice to large institutional players, fund managers, newsletter writers and some of the most active high net worth investors in the resource space. Now, he is bringing his extensive experience to the public through Resource Stock Digest, Junior Resource Monthly, Junior Resource Trader and Junior Resource Insider. For more about Gerardo, check out his editor page.