Coverage made possible by the sponsorship of our featured companies: Click here to see more about Cypress Development

Located midway between Las Vegas and Reno, the project is situated immediately east of Albemarle’s Silver Peak mine, which has been in continuous operation since 1966 as North America’s only lithium brine operation. 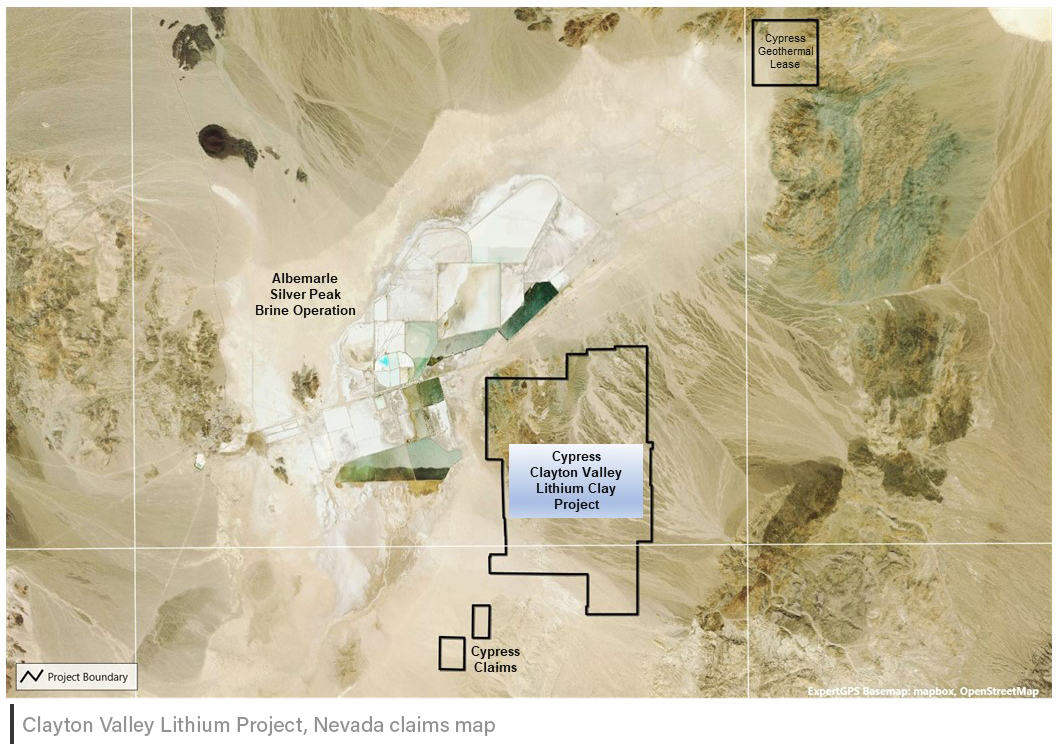 Exploration and development by Cypress has led to the discovery of a large, world-class resource of lithium-bearing claystone at Clayton Valley wherein the company is working toward a Feasibility Study and permitting of a mine and metallurgical facility.

Last month, the company announced development of a lithium hydroxide pilot plant at the del Sol Refining & Extraction facility in nearby Beatty, Nevada. The plant will enable Cypress to produce marketing samples to support negotiations with potential offtake and strategic partners while also providing essential data to be used in various economic studies including the aforementioned Feasibility Study. 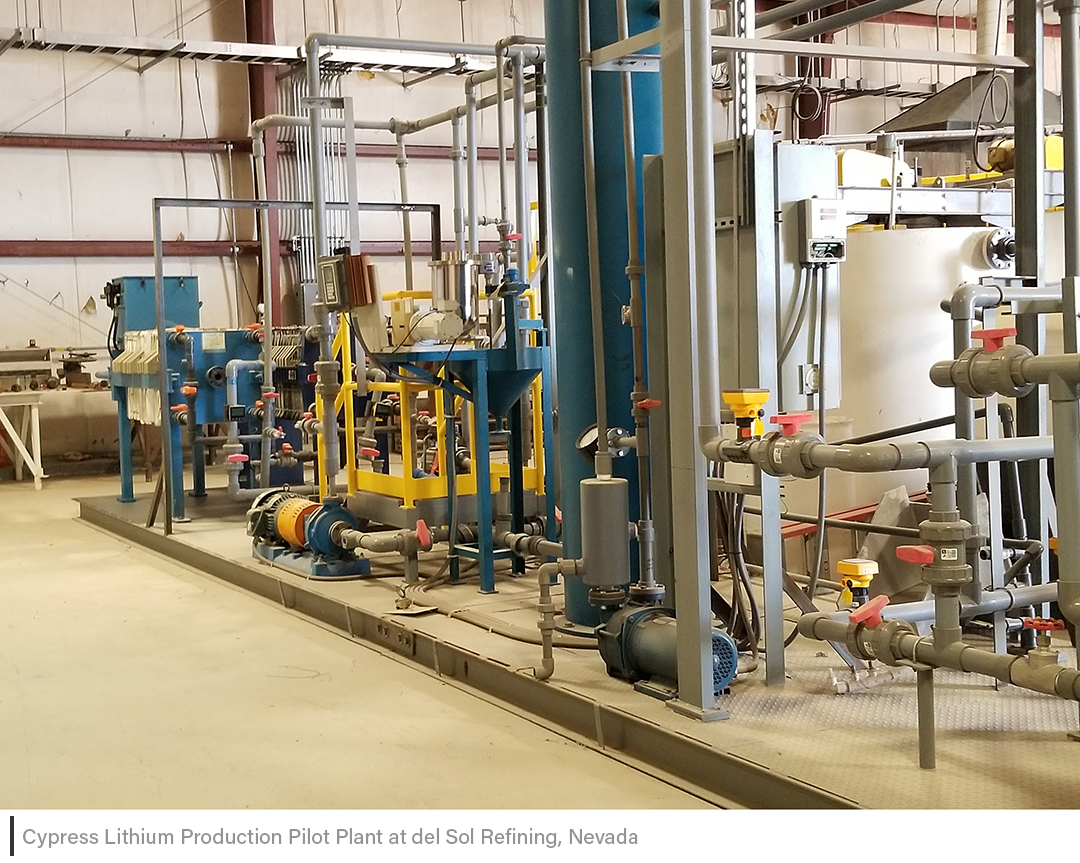 Cypress CEO, Dr. Bill Willoughby — whom you’ll be hearing more from in a moment — commented via press release:

“The results from our internal scoping study were positive and demonstrated a number of benefits for using a chloride-based approach. While trade-offs do exist, we are confident at this juncture to design the pilot plant with focus on chloride leaching. A sulfate-based approach, as detailed in the project’s Prefeasibility Report, remains a viable alternative should new information prove otherwise. There was much effort put into completing this financing. Cypress is grateful for the work completed by the Cypress team, including our consultants, legal, and accounting personnel, and our professional and technical advisors. The Company is in a very strong position now and we can turn our full attention to accelerate project development work and rapidly advance the Clayton Valley Lithium Project towards production.”

That’s essentially a US$1B valuation for a company boasting a current market cap well below US$100 million.

As mentioned, Cypress Development is led by CEO, Dr. Bill Willoughby — a highly-accomplished mining engineer with nearly four decades of industry experience including as former president of International Enexco and leadership roles at Teck (Cominco). 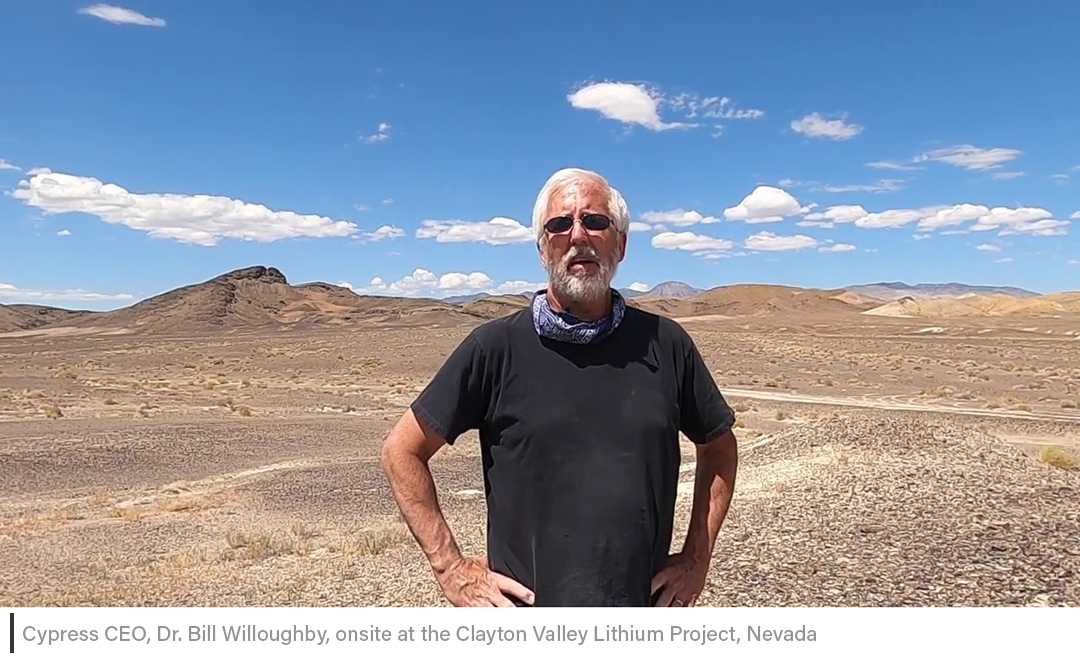 Dr. Willoughby states, “This PFS is a major milestone for Cypress. These positive results take us closer to our goal of developing a world-class lithium deposit.  Cypress' land position and resources afford us the opportunity for a long-life project with low operating costs and potential to be a significant source of lithium for the United States.”

Hence, with the vast majority of the property yet to be explored, ample opportunity exists for resource expansion with which to extend the mine life well beyond 40 years (as calculated in the PFS).

The Clayton Valley Lithium Project boasts a number of potential cost saving advantages over conventional mining including its flat-lying orientation over a large area with mineralization occurring at-surface with almost zero overburden. 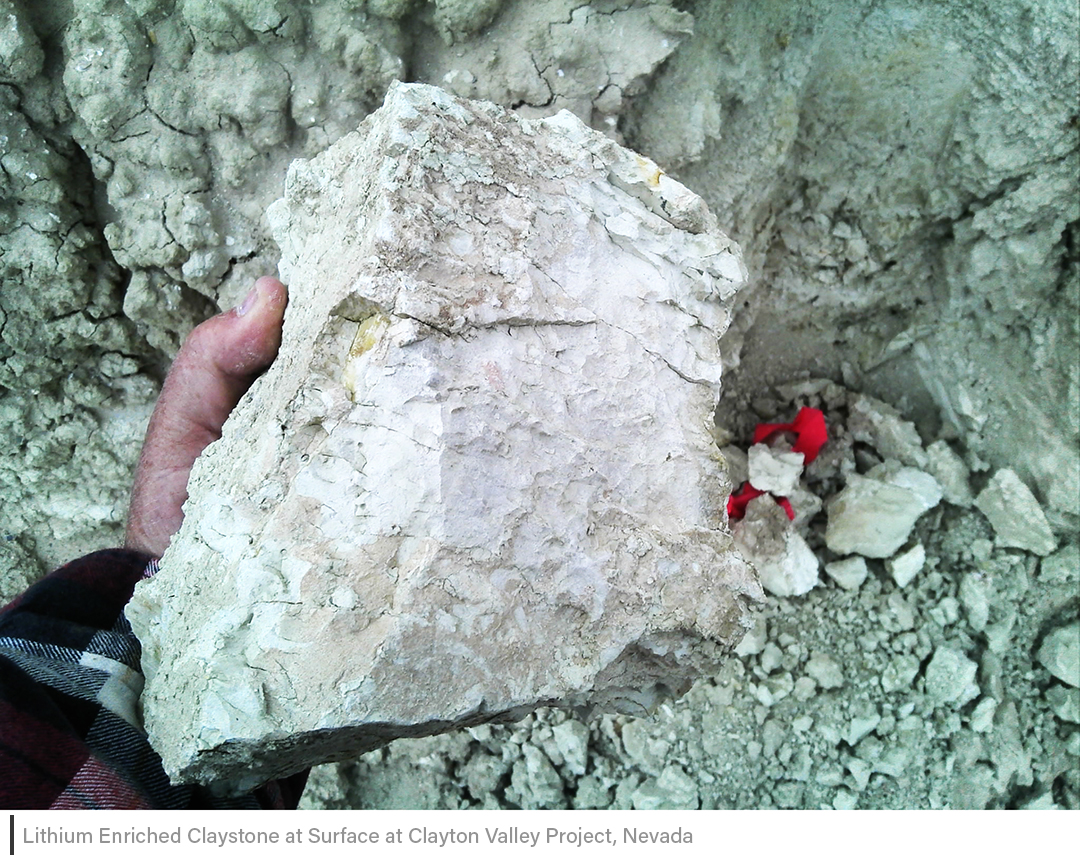 The company’s current modeling indicates a relatively straightforward leach extraction process at a low strip ratio of 0.29:1. And since it’s clay, Cypress can move straight into resource excavation without having to do any drilling or blasting.

Of course, that’s not to say that extracting lithium from clay is easy or even the norm. The vast majority of lithium production around the world is from lithium brines and hard rock pegmatites — making clay extraction a truly nascent subsector of the broader lithium industry.

To that end, the Cypress team is deploying its pilot plant program as a means of demonstrating its planned leach extraction process on a larger scale than anything it’s done in the past.

Metallurgical work performed to-date at the site has determined optimum conditions for leaching with results averaging an impressive 86.5% extraction of lithium into solution.

And although nascent, Cypress is certainly not alone in the lithium-from-clay world. The company’s Clayton Valley project is one of a handful of large-scale lithium clay projects in development in North America — including Ioneer Ltd.’s neighboring Rhyolite Ridge project and Lithium Americas' Thacker Pass project in northern Nevada.

And the timing could not be better for the company, and for speculators, with lithium playing an ever-increasing role in the global EV boom.

With a robust treasury of approximately C$20 million, Cypress is well-funded to accomplish its stated goals for 2021, which include, among other things, completing a pilot plant program and producing a Feasibility Study for its Clayton Valley Lithium Project.

Our own Gerardo Del Real of Junior Resource Monthly caught up with CEO, Dr. Bill Willoughby, for an in-depth discussion of all-things Cypress Development. You can listen in to that conversation here, or also read the transcript. Enjoy!