Coverage made possible by the sponsorship of our featured companies: Click here to see more about Blue Sky Uranium

The studies — which will be carried out on a new composite bulk sample consisting of mineralized material from the Ivana deposit — will evaluate the efficiency of the precipitation process for both uranium and vanadium.

Of course, uranium is used to produce nuclear energy — a market that’s gaining tremendous momentum and commodity price appreciation in the green energy revolution with clean nuclear energy already representing about 20% of US energy consumption. Vanadium is a metallic element that’s used in the production of corrosion-resistant steel alloys for use in the defense, aerospace, and nuclear energy industries.

Blue Sky CEO, Nikolaos “Niko” Cacos — whom you’ll be hearing more from in a moment — commented via press release:

"The Ivana deposit is the cornerstone of value at the Amarillo Grande Project. This detailed metallurgical program is a key step to further advancing Ivana and building additional value for the project as a whole.” 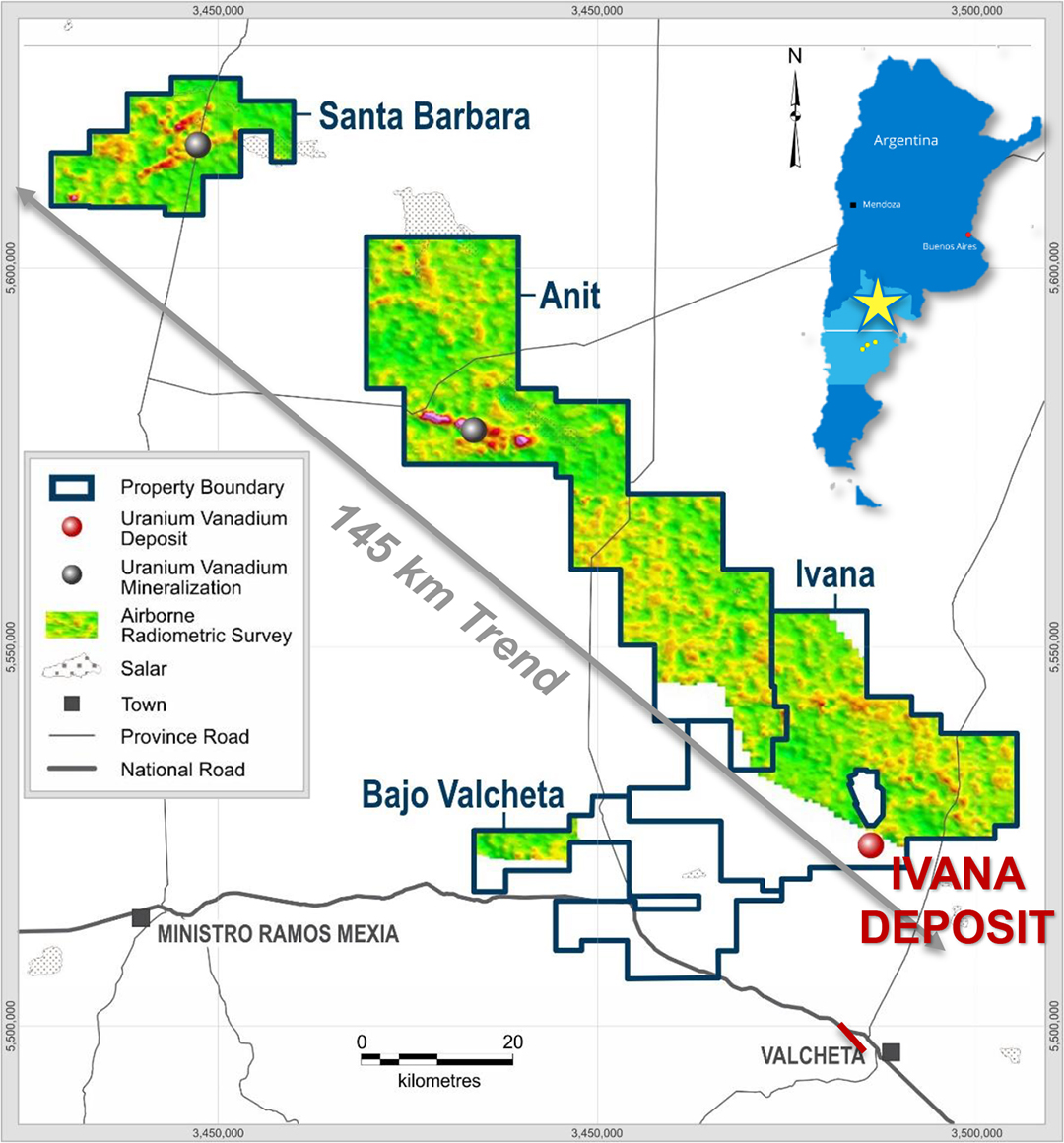 With all-in sustaining costs estimated at just $18.27 per pound U3O8 — Ivana ranks among the lowest-cost exploration-stage uranium projects in the world.

Of course, we still need uranium to move up toward that $50 per pound level. Fortunately, for the company and for speculators alike, fundamentals are in-place for such an upward move with current annual global uranium consumption standing at 190 million pounds with annual global mine production stagnating at 140 million pounds — resulting in a 50-million pound deficit.

In February, Blue Sky commenced a 4,500 meter drill program at three high-priority targets at the Ivana deposit: Ivana West, Ivana Central, and Ivana North. The goal at Ivana West is the expansion of the 22.7 million pound Ivana deposit potentially to the 40 million-plus pound range.

Ivana Central and Ivana North drill programs will follow up on potential analogues to the main Ivana deposit.

Additionally, the company is proceeding with planning and permitting to advance the Ivana Este and Quatro targets — located 10 km northeast and 32 km southwest of the Ivana deposit — to the drill stage.

For speculators, the company’s 100%-owned Amarillo Grande project represents a new uranium-vanadium district in Argentina controlled by Blue Sky. The area is flat-lying, amenable to low-cost leaching, and accessible year-round with nearby rail, power, and port access.

Management’s primary objective is to expand the near-surface resource through the feasibility stages to be among the largest and lowest cost uranium mines in the world.

And don’t forget that the aforementioned NPV of US$135.2 million is roughly four times the company’s current market value of just US$33 million — thus, highlighting the opportunity in a rising market for uranium.

Our own Gerardo Del Real of Junior Resource Monthly sat down with CEO, Niko Cacos, for an in-depth discussion on all-things Blue Sky. Catch the interview here (a written transcript is also available).

Be sure to also click here for our new report on Blue Sky Uranium.