Coverage made possible by the sponsorship of our featured companies: Click here to see more about Nevada Sunrise Metals The company now has permits in place to commence a Phase-2 drill program at Gemini with plans to have the drills turning next month.

The upcoming program — which is slated for ~2,500 meters across up to 6 boreholes — will focus on deeper drilling to test the extent and continuity of wide zones of lithium-bearing clays and water as a follow-up to the two aforementioned holes from Phase-1. 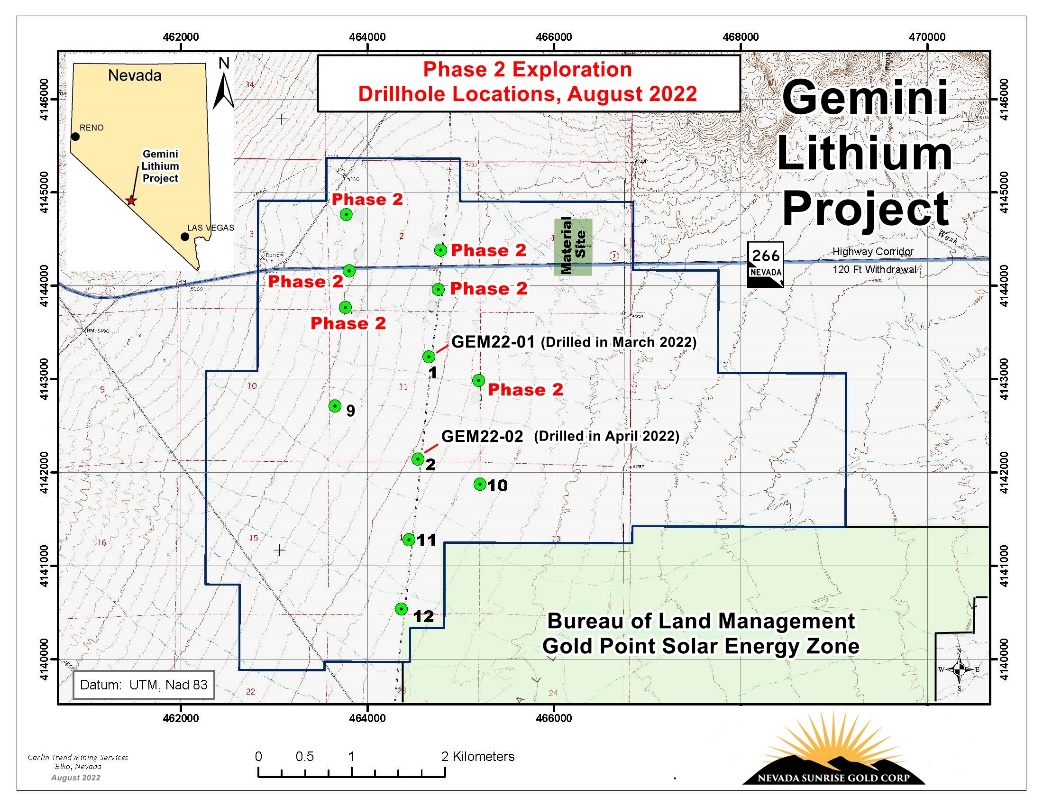 “Nevada Sunrise is fortunate to have secured not only the necessary permits and approvals for our next phase of exploration at Gemini but also to contract a highly-qualified drilling company for the work. We are eager to return to Gemini in September and follow up on our new lithium discovery in the Lida Valley.”

The Gemini project is situated in Nevada’s Lida Valley, which boasts a similar geological setting to the better-known Clayton Valley basin where industry leader Albemarle Corporation (NYSE: ALB) operates the Silver Peak lithium brine mine — which has been in production for more than five decades.

Nevada Sunrise, as noted, has already intersected significant lithium values in clays in Phase-1. The upcoming Phase-2 program could be a real game changer for the company if the drills, and subsequent assays, are able to prove the existence of a lithium-bearing brine beneath the clay layers similar to what Albemarle is mining at Silver Peak.

Additionally, and in line with the company’s namesake, Nevada Sunrise Gold’s co-flagship is the Kinsley Mountain Gold Project, Nevada, which is being advanced via a joint venture with CopAur Minerals (TSX-V: CPAU)(OTC: COPAF).

NEV currently has a 20% interest in the Kinsley project with CopAur holding the other 80%. The project boasts current Indicated resources of 418,000 ounces at a grade of 2.63 grams per tonne (g/t) gold and Inferred resources of 117,000 ounces averaging 1.51 g/t gold.

The CopAur team recently completed a geophysical survey at Kinsley, which generated 8 new high-quality drill targets in the underexplored Kinsley North area. CopAur plans to have the drills turning at Kinsley later this year as it seeks to build on the strong gold values outlined above.

So plenty of shots-on-goal for Nevada Sunrise Gold in 2022 and beyond as the company advances a diverse set of early-stage metals projects through self-funded and partner-funded drill programs.

We’ll keep you posted as drilling updates are announced and as assays are released.

In the meantime, you can sign up to receive updates directly from the company here. And be sure to check out our exclusive NEV coverage and interviews with upper management here.