The program will consist of five drill holes across three primary target areas — each with multi-kilometer strike length potential — and is being funded by partner Allied Copper Corp.

This type of funding arrangement is a hallmark — and one of the key operating advantages — of the prospect generator model as it gives Alianza numerous shots-on-goal as multiple properties within its vast portfolio are explored by way of partner-funded and JV agreements.

The 843-hectare (2,083-acre) Klondike property is of particular interest and excitement as it is an extremely underexplored copper project situated in the mining-friendly state of Colorado and, more importantly, within the Paradox Copper Belt.

The upcoming drill program — which is slated for late-July, early-August — will focus on targets where recent and historic surface sampling has recovered significant copper-dominant grades up to 6.23% copper.

Alianza Minerals VP of Exploration Rob Duncan had this to say via press release:

“We are looking forward to testing the targets we have prioritized at Klondike. Three excellent targets exist at the Northeast Fault, West Graben and East Graben areas, each of which shows multi-kilometre strike length potential for copper mineralization. This first phase of drilling is designed to make an initial test of each of the three targets.” 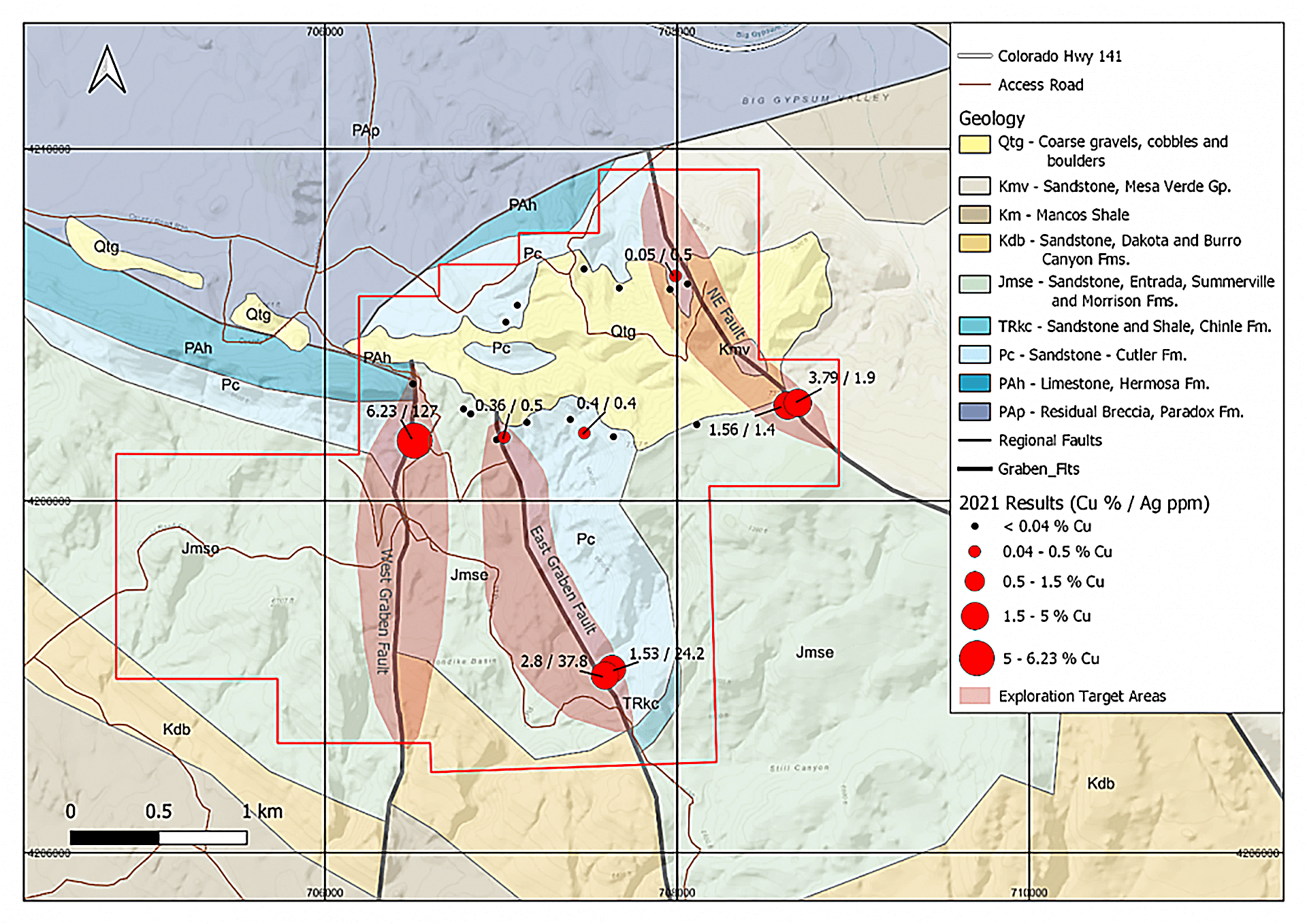 Additionally, as a very active hybrid prospect generator, Alianza has a number of precious and base metals projects underway in well-established mining jurisdictions in the US, Canada, and Peru.

That includes the Twin Canyon gold project in Colorado, which is in the drill permitting stage, and the Tim silver project in the Yukon, which is being advanced via a joint venture with Coeur Mining (NASDAQ: CDE).

Alianza is also advancing its flagship, 100%-owned Haldane silver project located in the Keno Hill Silver District of Canada’s Yukon. That’s the same district where Hecla Mining (NASDAQ: HL) recently announced a US$74 million deal to acquire Alexco Resource, and along with it, the Keno Hill Mine — one of the highest-grade silver deposits in the United States.

Drilling to-date at the West Fault Complex — one of four high-priority silver-lead-zinc-bearing vein targets at Haldane — has mapped out a 650-meter zone of mineralization. Highlight intercepts include 311 g/t silver over 8.7 meters, 81.4 g/t silver over 8 meters, and 205 g/t silver over 5 meters.

Our own Gerardo Del Real of Junior Resource Monthly caught up with Alianza Minerals CEO Jason Weber to go over the upcoming drill program at Klondike and much, much more. Enjoy!

The Future of Food

How Technology is Changing What We Eat