Coverage made possible by the sponsorship of our featured companies: Click here to see more about Uranium Royalty Corp.

The ETF — which trades on the NASDAQ under the symbol URA — provides investors access to a broad range of companies involved in uranium mining and the production of nuclear components and is recognized as one of the most important uranium and nuclear industry indexes globally.

"The addition of URC to the Global X Uranium ETF is an important recognition of the value and growth potential of our royalty business model and comes at a time at which investors are seeking exposure to green, carbon-free nuclear energy through uranium equities. The global mega-trend towards the rapid decarbonization of our energy sector clearly plays into nuclear energy's strengths. Meanwhile, the improving uranium supply and demand fundamentals, driven by strong demand growth and substantial rationalization of global production, should drive a potential recovery of uranium prices in the short-term."

The 12-month charts for URC and URA (below) clearly illustrate the important uranium supply-demand factors as outlined by Mr. Melbye. 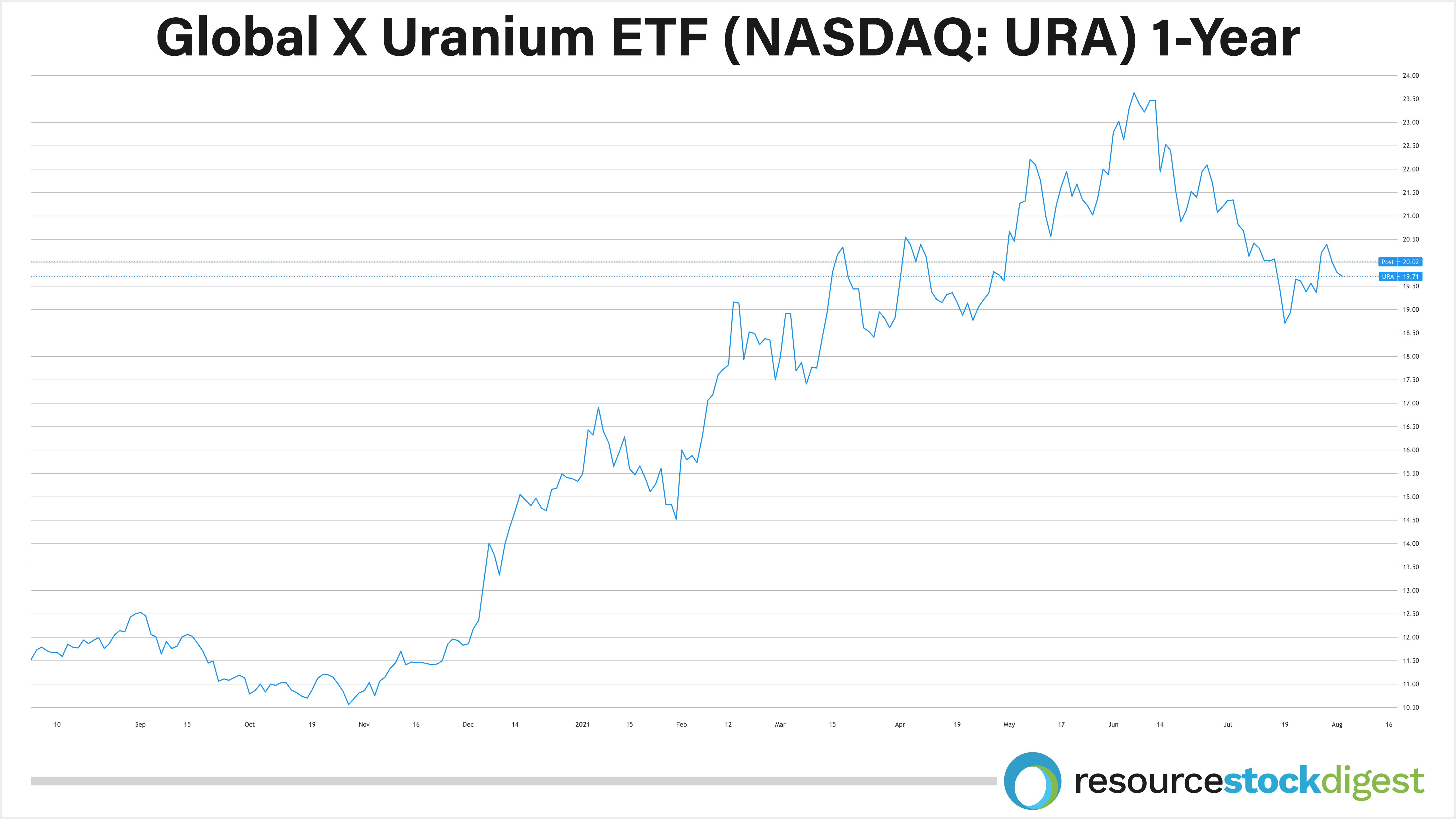 As noted, Uranium Royalty is the first-and-only company to apply the well-established and successful royalty model exclusively to the uranium sector. And by all accounts, the company is off to an impressive start with the recent closing of royalty interests on Cameco’s McArthur River and Cigar Lake mines — the two largest high-grade uranium mines on the planet.

In addition to its growing portfolio of high-profile royalty acquisitions, the company recently uplisted to the NASDAQ, closed a C$25 million bought deal financing, and has begun taking delivery of physical uranium from London-based Yellow Cake PLC.

With all of the pertinent boxes checked, Uranium Royalty is well positioned to participate in the burgeoning uranium bull market, which has already seen U3O8 prices move up from the US$25/lb level to currently north of US$32/lb in just the last six months.

As the supply gap for uranium widens, keep an eye on Uranium Royalty as the only publicly traded company offering speculators exposure to uranium royalties as well as the physical metal.

And click here to access our feature report on Uranium Royalty which includes an exclusive interview with CEO Scott Melbye.